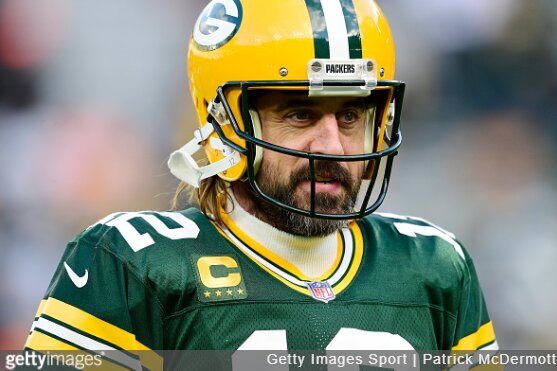 2) Green Bay Packers (9-3; ranked last week: #4): A pretty strong win over the visiting Rams last week, but you have to wonder how long QB Aaron Rodgers will be able to play at his usually high level on that broken toe.

3) New England Patriots (8-4; ranked last week: #3): No team is playing better football in the NFL right now than the Patriots. However, they have a very challenging schedule coming up over the next three games (at Bills, at Colts, vs. Bills).

4) Tampa Bay Buccaneers (8-3; ranked last week: #5): They’re only one game back of the #1 seed in the NFC and are getting healthier by the week.

5) Kansas City Chiefs (7-4; ranked last week: #6): For all of their struggles mid-season, the Chiefs are still only one game in back of the top spot in the AFC.

6) Baltimore Ravens (8-3; ranked last week: #9): Another ugly win for this team, but the Ravens seemingly always find a way to win games when you think they can’t do it.

7) Tennessee Titans (8-4; ranked last week: #2): No team is more banged up than Tennessee, so the bye week came a good time.

8) Cincinnati Bengals (7-4; ranked last week: #13): The last time I started to back them they wound up having a two-game losing streak. However, the Bengals have at least regained my trust after two strong wins of late.

9) Buffalo Bills (7-4; ranked last week: #11): Don’t underestimate the loss of starting CB Tre’Davious White (ACL). Because of that, it’s hard to see them going far in the playoffs, as he’ll be very difficult to replace.

10) Los Angeles Rams (7-4; ranked last week: #7): They’re now struggling on both sides of the ball, but the Rams will still make the playoffs as a Wild Card in the NFC.

12) Indianapolis Colts (6-6; ranked last week: #10): A very tough and odd loss to the visiting Buccaneers last week. However, they’re still very much in it for an AFC Wild Card spot.

14) Denver Broncos (6-5; ranked last week: #19): I seem to say this every week, but they’re a good QB away from being a strong playoff contender. However, at least they’re still in it for the AFC West crown plus very much in it for a Wild Card spot.

15) Los Angeles Chargers (6-5; ranked last week: #12): There’s only so much you can ask 2nd-year QB Justin Herbert to do each week. The defense has to its part, which it hasn’t done for most of the season.

16) Cleveland Browns (6-6; ranked last week: #14): Their offense has to pick it up significantly if they’re to earn an AFC Wild Card spot.

17) Miami Dolphins (5-7; ranked last week: #24): They’re now won four in a row after losing seven in a row. Still, they’re a somewhat of a longshot to earn an AFC Wild Card Spot at this point.

18) Las Vegas Raiders (6-5; ranked last week: #22): What a win last week against the host Cowboys and the Raiders are still very in it for an AFC Wild Card position.

19) Pittsburgh Steelers (5-5-1; ranked last week: #15): Injuries and inconsistency continue to plague this team, which could miss the playoffs.

20) Washington Football Team (5-6; ranked last week: #23): That’s three wins in a row and they now have a chance at an NFC Wild Card spot. They do have a challenging schedule coming up, however.

21) Atlanta Falcons (5-6; ranked last week: #25): After being outscored 68-3 the previous two games, the Falcons rebounded against the struggling Jaguars. Now they have to go up against the defending Super Bowl champions on Sunday.

22) Minnesota Vikings (5-6); ranked last week: #18): Their defense simply can’t compete at a high enough level this season for this to be a solid playoff contender (mostly due to injury).

23) Philadelphia Eagles (5-7; ranked last week: #16): If you want to be taken seriously, you have to beat the teams lower in the standings and that didn’t happen against the struggling Giants last week.

25) Carolina Panthers (5-7; ranked last week: #21): They’ll seriously need to reexamine their QB situation after the season is over. And it’s surprising how much their defense has struggled of late.

26) New York Giants (4-7; ranked last week: #26): So much for the OC change making a meaningful difference right away, but at least their defense got the job done last week against the visiting Eagles.

30) Jacksonville Jaguars (2-9; ranked last week: #29): It’s going to be a while before they’re a playoff team, but it’s really all about developing QB Trevor Lawrence. 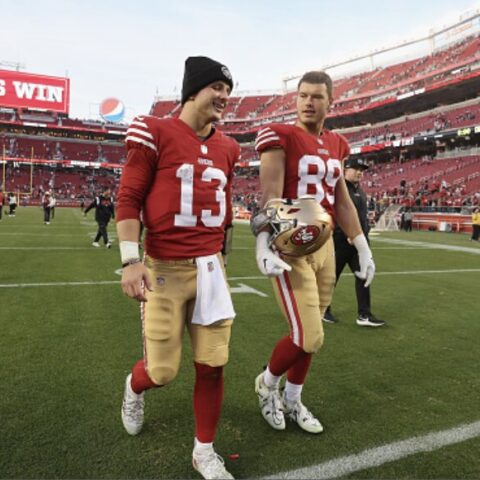