Goedert to IR Among Flurry of Roster Moves

The Philadelphia Eagles announced a series of roster moves on Wednesday afternoon. 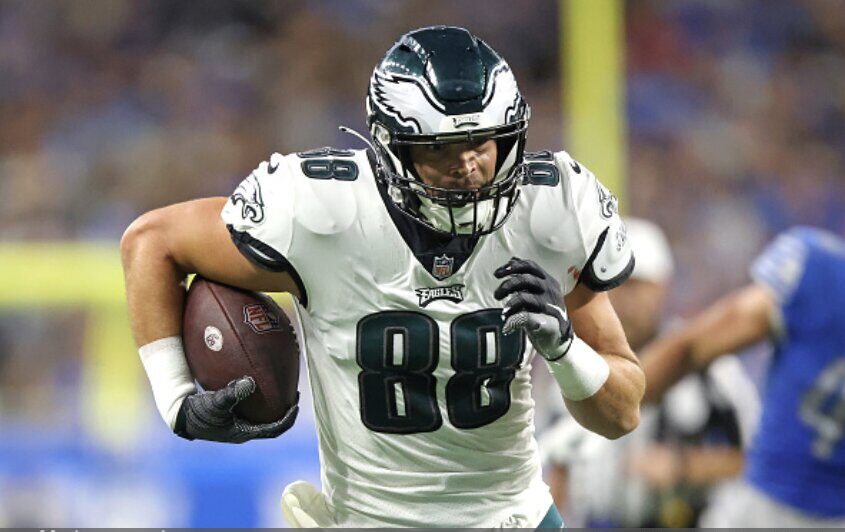 Most notably, starting tight end Dallas Goedert, currently second on the team in receiving yards, was placed on injured reserve. This is following a shoulder injury he suffered in the fourth quarter of Monday night’s loss against the Washington Commanders. While the injury isn’t expected to be season-ending, Goedert is expected to miss an extended amount of time.

The team is bringing in a reinforcement at the position, activating Tyree Jackson from the PUP list. The 25-year-old college quarterback-turned-NFL tight end was on the team’s active roster for much of 2021 before a torn ACL ended his season in Week 18.

In addition, second-year defensive tackle Marlon Tuipulotu was placed on IR with an undisclosed injury. Over the last couple of weeks, Tuipulotu saw increased snaps in the nose tackle role that was vacated from the Jordan Davis injury. Down another defensive tackle, the Eagles quickly moved to sign Linval Joseph.

The Eagles also announced the signing of fourth-year safety and former Seattle Seahawks draft pick Marquise Blair to the practice squad and opened up the 21-day practice window for DE Janarius Robinson, who has been on injured reserve since October 15.