The Eagles are in position to clinch a playoff berth Sunday, but there are underlying issues when looking at film.

On the latest Inside The Birds podcast, Geoff Mosher and Adam Caplan give their sourced tape review, along with the latest injury and Covid-19 updates. 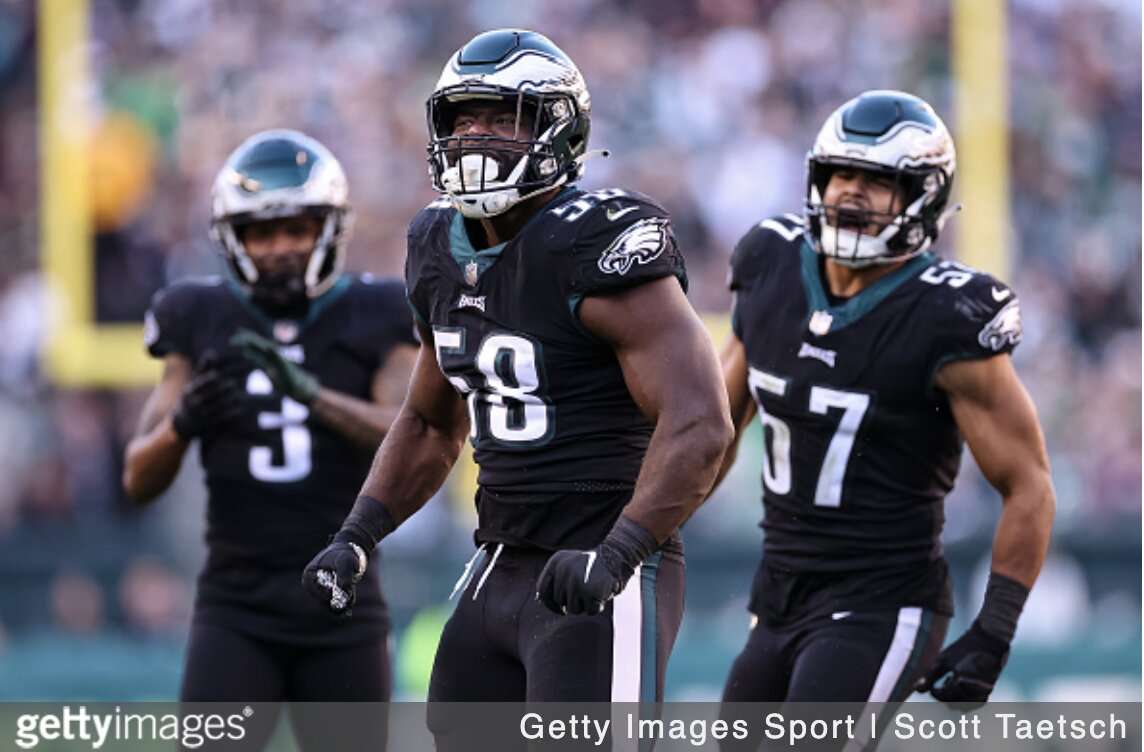 Geoff Mosher: “Nick Sirianni did confirm that Miles Sanders had a broken hand. What we know is he had a procedure on Monday to repair the break. My understanding is that it did involve either a screw or a pin – you know, when you break it and they gotta put that in to put it together. So obviously when you have that kind of a procedure, you’re going to be out for a while. It’s my understanding that that kind of procedure has you out for 2-to-3 weeks. So even though they’re not putting him on IR, it doesn’t mean that they expect him back soon. It’s just that if you go on IR twice in a year, you’re out totally for the rest of the year, like Jack Driscoll. So there’s a chance he could play again if the Eagles make a playoff run. The question is: Would he be able to play in the first Wild Card game, and I understand that that’s kind of iffy.”

Mosher: “Let’s talk about the pass to Jalen Reagor on a crossing route from right to left. He did a really nice job of seeing it. We’ve talked about the lack of an intermediary passing game, it’s like run, run, run … deep shot — run, run, run deep shot. Well, that was a really nice intermediary type of play. He threaded two defenders there at the sideline and he had good torque on it. He saw it, he planted his legs… squared himself up, really nice throw and I don’t want that to go unnoticed because there are not that many opportunities where we’ve seen that, where he’s kind of threading a window in a shallow area like that.

“A little bit of a criticism [from league sources] on how he threw the ball was the Quez Watkins catch, the 41-yard catch. So the issue there is that Quez Watkins gets open, wide open, on a deep over from right all the way to left. If you see it on the All-22 on the wide angle, if Jalen Hurts flattens it – that’s the word, if he flattens out that throw for the route – and if he throws the route further open for Quez Watkins, he catches that in stride and then heads up field and may have a touchdown. There was only one safety, it was [Julian] Love. Only one guy to beat. But the way he threw that, as you saw what happened, his throw took Quez Watkins into Julian Love. Instead of throwing him open, he threw him covered. He was fortunate that [Love] was not able to get in front of Quez Watkins, nor was he able to break it up. It could have very easily been broken up.”

Adam Caplan: “What [Jonathan Gannon] is doing a good job of is figuring out what the matchups are going into the game. It’s very clear to me that he sees OK, we could win this way, in this matchup, against this offensive line. This is a great example, this game against the Giants. They had some really specific matchups. They thought they could get Will Hernandez, they did. Milton Williams, no one is faster. [Javon]  Hargrave is a better football player but Milton Williams is their fastest defensive tackle. I know that you know the short arms is a problem, that’s why I don’t think he could play D-end very much, but his get-off and – I’m sure he knows this – he’s got to win with speed and he’s beating the slower guards and centers. He really showed up in this game.”

Mosher: “The linebackers have been doing a good job. Again, they’re gonna get a little bit more tested over the next two weeks. But even when a pass is completed over the middle against the Eagles, I notice that [T.J.] Edwards is just like a tick away from maybe getting there or breaking it up, but then he’ll make the tackle immediately and it really has helped solidify that interior. Remember when I said I didn’t think that there was going to be a huge drop-off from Davion Taylor to Alex Singleton? I think that’s proven to be true. This middle of the defense has done a good enough job.”

Caplan: “[Davion] Taylor is more of a flash player, but you’re right. I don’t know the measurement but the linebackers in the scheme are playing farther back. Might be two yards back, who knows, but the case may be they were not getting the scheme. The reason why [Alex] Singleton got benched was because he was late too many times on the tackle and now he’s not late anymore. He’s been really playing well, [T.J.] Edwards has been very consistent. They’re doing a very good job, it shows.”