Thanks to their NFL-best 13-1 record, eight Philadelphia Eagles were named to the 2023 Pro Bowl Games and nine others are alternates. 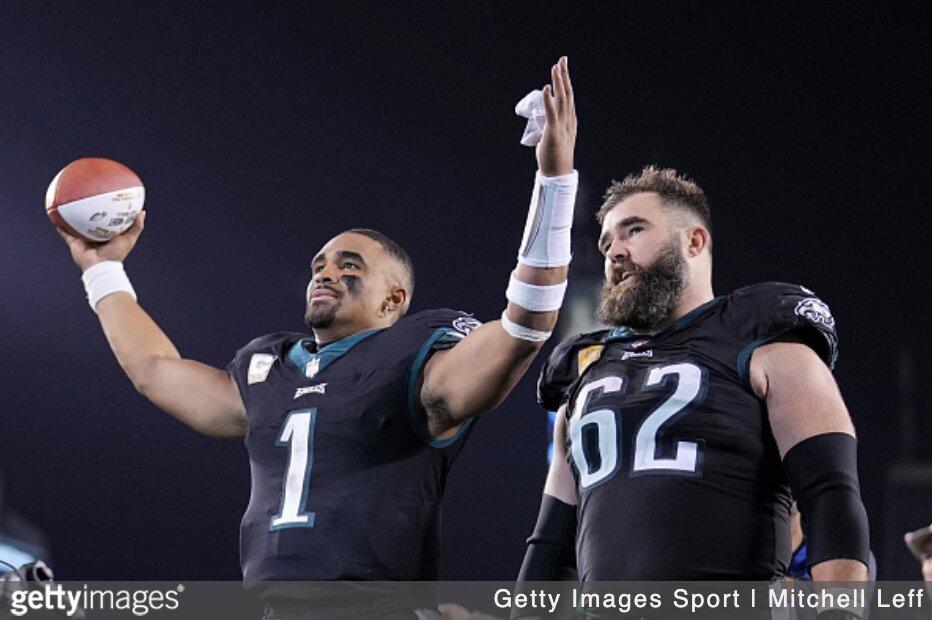 Jalen Hurts was named to the Pro Bowl for the first time while Jason Kelce made it for the sixth.

It’s the team’s most Pro Bowlers since having nine named to the Pro Bowl in 2014.

Hurts, Reddick, Sanders and Dickerson were each selected to their first Pro Bowl while Kelce (sixth), Johnson (fourth), Slay (fourth) and Brown (second) are returners. Kelce moved into a third-place tie with Fletcher Cox and Donovan McNabb for most Pro Bowl nods in team history.

The NFL isn’t having a traditional Pro Bowl game between the AFC and NFC anymore. The league announced in September that its all-star game format would deviate from the traditional game and be rebranded into a series of skill competitions along with three flag football games.