The 11-1 Philadelphia Eagles are coming off of one their most complete performances of the 2022 season.

The team remained a juggernaut on offense and cleaned up defensive and special teams mistakes.

On the latest “Q&A” podcast on Inside The Birds, former Eagles Jason Avant and Quintin Mikell reviewed the team’s 35-10 win. 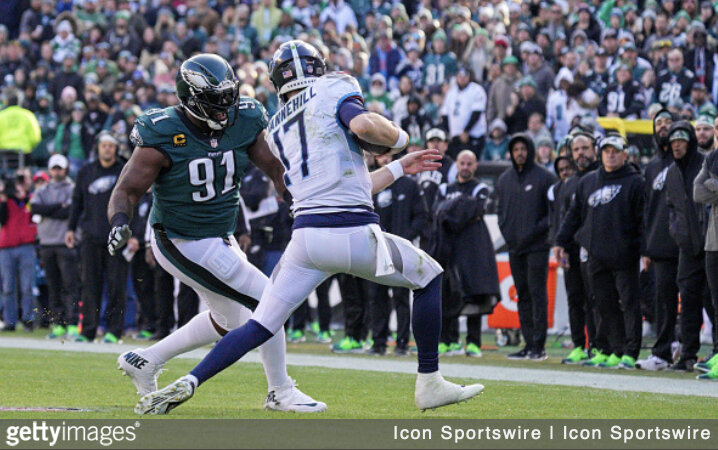 Jason Avant: “Last week, Jalen Hurts goes for 157 rushing [yards], Miles Sanders chipped in another 150 or so. We had over 300-plus rushing last week, this game we had almost 400 passing. Just the variety of ways this team can beat you, they ended up passing 30 times and said, ‘If we can’t beat you in the run game, you’re one of the worst teams covering the pass, stop it.’ That’s a dangerous thing when you have a team this good that can do that.”

Quintin Mikell: “I knew it was a lot of yards, but I couldn’t believe it when I looked at the stat line. Three hundred and 80 yards and every ball was right on the money. This was probably the best throwing game I’ve seen from Hurts, just phenomenal across the board.”

Mikell: “He had that dog in him this game. He played angry, the whole team played angry, but he especially played aggressive and angry. And most importantly, he held onto the ball. He’s always had the physical tools, he just played pissed off and ready to go. Sometimes, that’s all it takes for you to just take that extra step and bring it up another notch.”

Avant: “He played focused, he had a point to prove, and I think that was the difference.”

Mikell: “They knew it was a big challenge against that defensive front, they’re good players and have been dominant for most of the year. Coach Stout (Jeff Stoutland) had probably been in their ear all week. Besides the penalties, they had a dominant performance.”

Avant: “If you give them a lead and/or they know it’s a passing situation, you’re in trouble. The teams that give them trouble are teams that are balanced and stay with the run game where they can at least slow them down by the thought of it being a run. The Tennessee Titans need to fire their offensive coordinator, because it was such a robotic offensive gameplan: ‘I’m going to run the ball every time on first down. If I get into second and eight, I’m going to throw the ball, if I get inside eight yards, I may run it.’ It’s so methodical and so basic that any team will get a beat on you. They destroyed the Titans’ offensive line. At the end of the game, they had to take (Ryan) Tannehill out because he was getting touched and hit on three-step drops. They were manhandling this offensive line.”

Mikell: “What stood out to me was the d-line play creating a fence. This run game that the Titans have is a zone run scheme: they start off one way, hand the ball off and let Derrick Henry cutback or go to open space. The way you combat that is you have the defensive line two gap, create a fence, you have to have linebackers that are aggressive and playing downhill, and on top of that you have to have edge guys, corners that are sometimes forced to make tackles.”

Mikell: “I thought he looked good. He played aggressive. The one where he got the tackle for loss when he shot up the gap was beautiful. He played with good awareness. They tried to attack him in the pass game a little bit, he was feeling out the routes and getting his depth. I was impressed.”

Avant: “He looked like he belonged. I liked the one where he tackled Henry with only his right arm because one of the offensive linemen was holding his left arm. He just lunged into his body. That’s football player stuff.” 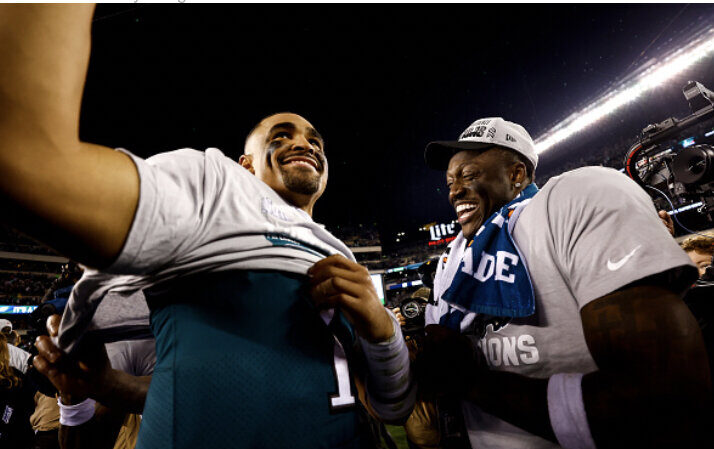