On the latest episode of the Inside The Birds podcast, Adam Caplan and Geoff Mosher broke down the Robert Quinn trade and previewed the upcoming Pittsburgh matchup. 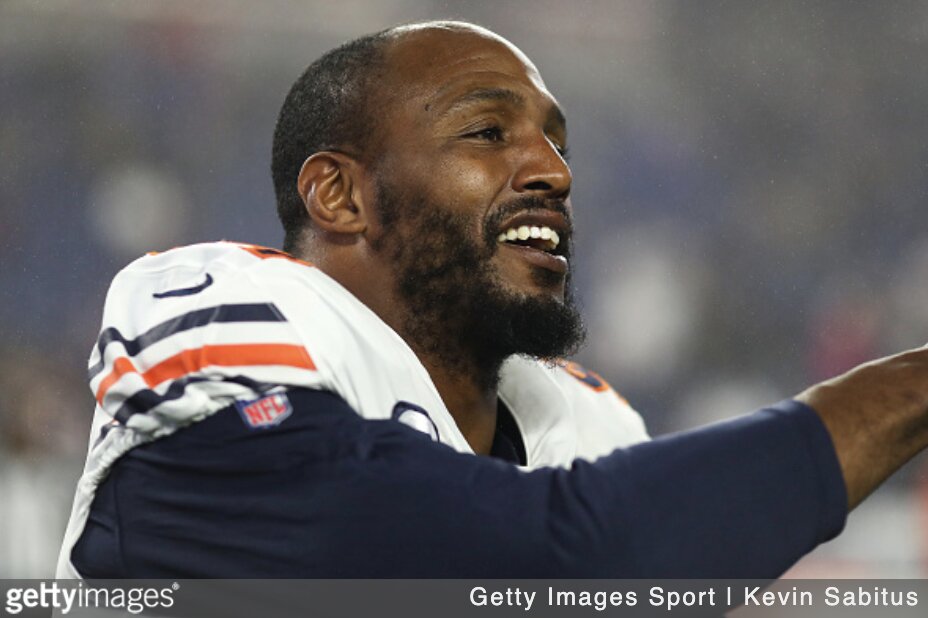 Adam Caplan: “People on social media were wondering what happened to him in 2020 and why he was struggling. He had a bad foot injury in week 1. His foot was never right, talking to multiple Bears sources, and it took him the entire offseason in 2021 to get that bad foot right…And then in 2021 once he got healthy, we had an outstanding personnel source tell us he was the best edge rusher he graded on tape last season. And he looked up the 18.5 sacks and said in real pressures, he counted at least 50. He said Philly cleaned up on this trade.”

Geoff Mosher: “The fact that you can get him for a fourth-round pick, Quinn fits perfectly because he’ll be here for a year. [The Bears] are footing the bill for the most part. The guaranteed money by next year is zero, so they can cut him if they can’t come to an agreement with him, and it would just become a one-year rental, which is fine because they only gave up a fourth-round pick and very little money. Or maybe he wants to stay and likes it here and he agrees to a contract extension that’s lower money.”

Caplan: “From our personnel guy: I asked how he only has one sack this season if the tape was so great. He said you have to understand they run a very static scheme with Matt Eberflus. They didn’t move him around to take advantage of matchups.”

Mosher: “I think for the moment, with everyone healthy, you have optionality. You can have a couple of different pass rush lines with your edge rushers when you’re in a 4-3. Your edge standup guys can be Haason Reddick and Quinn on the other side. It could be Josh Sweat and Reddick, (Brandon) Graham and Quinn. It gives you a whole lot of optionality when you’re rushing with four, which is what Jonathan Gannon mostly does. When he wants to blitz occasionally, it gives him a chance to put all of those guys on the field and also Javon Hargrave and Fletcher Cox. What I tend to think is if everyone stays healthy, by the end of the year if you’re Jonathan Gannon, you’re going with the hot hand.”

Caplan: “One of the things that we want the Eagles to start doing again is bring the deep ball back. Jalen Hurts throws a nice deep ball. This is the game to do it, because [Pittsburgh] is not very good at corner. When you look at the matchups here, a lot of them favor the Eagles. If you can attack their zone coverage, you have to do that.”

Mosher: “This is not a team that blitzes a whole lot like Arizona and it’s not a team that generates a ton of pressure like Dallas, so I don’t think the playbook has to be like it was the last two weeks which was either a lot of screens or a lot of shorter routes to avoid the pressure. As long as their offensive linemen are healthy and fine, they should have a well-protected QB in Jalen Hurts. That would give them an advantage with Dallas Goedert, A.J. Brown, and Devonta Smith. This should be a game where we see a real reawakening of the deep ball. This is a defense you can take shots on.”

Caplan: “They have overachieved. I give their o-line coaches credit. Kendrick Green, who they drafted from Illinois in the third round and started a lot last year, they moved him to guard and it didn’t work out compared to him as a center. James Daniels came over from Chicago, (Chukwuma) Okafor’s back at right tackle, Dan Moore is OK at left. They’re so beatable.”

Mosher: “What makes them look really bad is they have had a terrible passing game the last few years, they’re constantly facing guys in the box. I think there are some fair criticisms of the offensive coordinator Matt Canada’s job. He has a power running back in (Najee) Harris and they seem to run to the outside a lot instead of pounding it up the middle. But you don’t see Kenny Pickett getting sacked eight or nine times a game.”

Caplan: “One of the things that I love about him is he is fearless. He is super aggressive, which is half of the battle for a rookie QB.”

Mosher: “Here’s what the Steelers like about him compared to Mitchell Trubisky: aggressive, wants to throw the football, sees the entire field. You can already tell that George Pickens has become a more prominent part of their passing game since Pickett has taken over. I think he is averaging at least 20 receiving yards more.”