As the NFL Draft process forges on, I’ll be compiling an array of notes on position groups, potential scenarios, and everything in between each week, starting today and leading up to the NFL’s main offseason event.

In this edition of “DiCecco’s Draft Notebook,” highlighted are two positions the Eagles must examine closely with some of their premium picks, and prospects who should fall within their range. 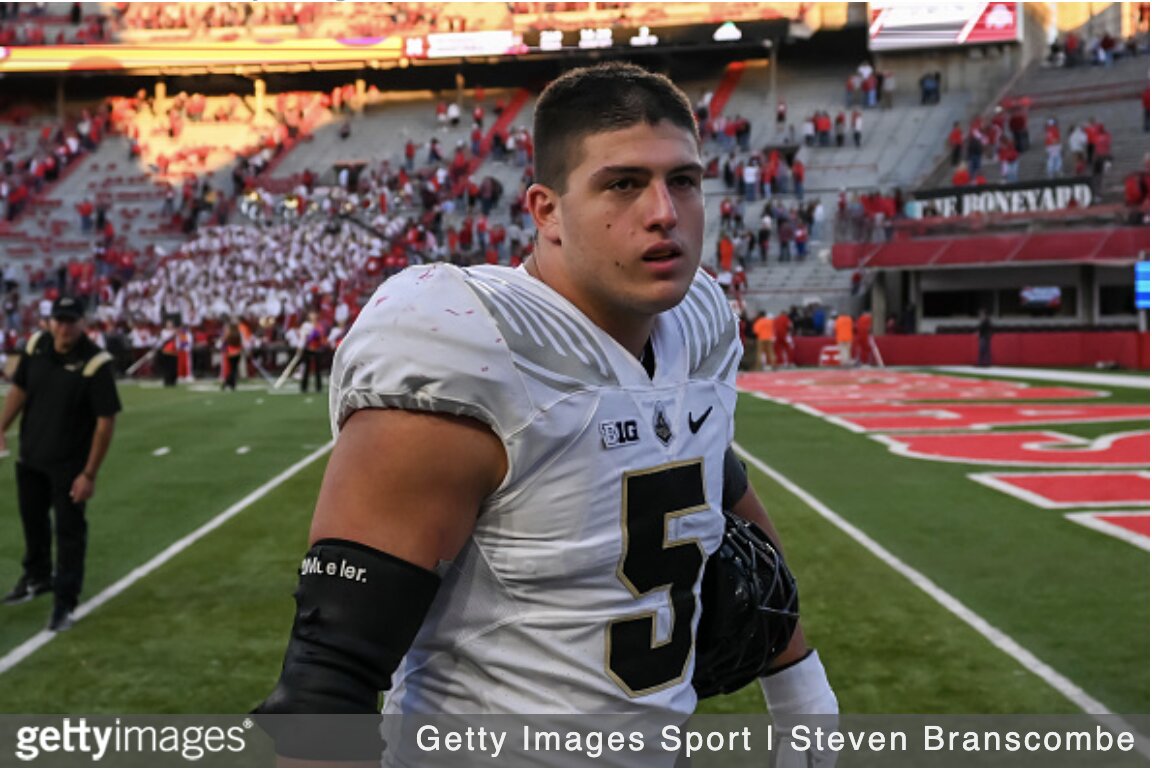 The Eagles’ pass rush deficiencies have been well documented, and they’ll likely need multiple building blocks from this draft to complement Josh Sweat.

Derek Barnett, the team’s 2017 first-round pick, generally underwhelmed over five seasons and is poised to become an unrestricted free agent in March, along with veteran Ryan Kerrigan. It’s unlikely either will be retained.

Beyond Sweat and veteran Brandon Graham, who’ll be coming back from Achilles surgery, only 2021 sixth-rounder Tarron Jackson is left to round out a razor-thin depth chart.

The Eagles, who currently boast three top-20 picks in April’s draft, fortunately have a tremendous opportunity to land a blue-chip edge rusher with one of their premium picks.

While I expect a low-cost, veteran defensive end to be among the team’s free-agent targets, I also believe it’s imperative they get younger at the position for sustained success.

I’m partial to the size, power, and positional versatility of Purdue’s George Karlaftis, though it remains increasingly unlikely that the 6-foot-4, 275-pound lineman will still be on the board when the Eagles are on the clock.

As we sit here in February – pre-Combine – many variables can alter a draft’s complexion, however.

With Karlaftis presumably out of reach, fellow blue-chippers Travon Walker (Georgia), Jermaine Johnson (Florida State), and David Ojabo (Michhigan) could conceivably be  potential picks. All three bring something a bit different to the table as far as intangibles, but Jermaine Johnson is rapidly becoming a fast riser and was among the biggest winners at the Senior Bowl.

If pressed to rank the three today, it would be Johnson, Ojabo, and Walker, with South Carolina’s Kingsley Enagbare hot on their tails. Walker offers positional versatility, much like Milton Williams, but is a more exceptional athlete.

Make no mistake, Jonathan Gannon was limited in his play-calling last season due to personnel shortcomings. While upgrades are blatantly needed at defensive end and safety, the linebacker position commands wholesale changes.

Edwards, a former undrafted free agent, provided toughness and tenacity to the middle of a vulnerable Eagles’ defense and swarmed to the football, while Taylor’s athleticism and sideline-to-sideline range added some juice to an underwhelming second level.

While both staked their claim to part of the team’s long-term plans, Edwards and Taylor are best equipped to be rotational specialists and special teams mavens. Taylor, who had some encouraging moments last season, has the translatable traits to become a steady No. 2, but he’ll need to demonstrate refined instincts in training camp and steer clear of injuries.

That said, it behooves the Eagles to break precedent and invest in this position to keep up with the new-age, ever-changing NFL landscape.

They’ll likely have their choice between Devin Lloyd and Nakobe Dean in the first round, or they could even opt for value and land one of Brandon Smith, Christian Harris, or Chad Muma on Day 2.

Lloyd and Dean are plug-and-plays, but Smith, Harris, and Muma all provide the requisite athleticism, lateral movement, coverage acumen, and sustained production. All will be early-season contributors and substantial upgrades.

In our Mock Draft 1.0, I had the Eagles selecting Harris, a heat-seeking missile, at No. 54.

They’ll likely need to add a pair of second-level defenders to bolster the position, however, and if they do, a Day 3 prospect I’d strongly consider is Penn State’s Jesse Luketa.