All Feet On Deck

Before undergoing surgery on his broken right hand, Eagles running back Miles Sanders begged head coach Nick Sirianni to make him a promise.

Make the playoffs, Sanders on Friday told reporters is the promise he asked Sirianni to uphold.

So that Sanders could do the same.

Sanders, who leads all Eagles running backs with 754 rushing yards, is  surprisingly expected to play Sunday in the NFC Wild Card round against the Tampa Bay Buccaneers at Raymond James Stadium in Tampa.

The third-year halfback missed the final two weeks of the season after having his hand surgically repaired and just returned to practice this week. He’s been limited most of the week but practiced in full Friday for the first time since breaking his hand against the Giants.

“I didn’t really have to ask,” Sanders said, recalling his pre-surgery conversation with Sirianni. “I said, ‘Promise me playoffs and I’ll get this surgery tomorrow.’ And he said, ‘I got you.'” 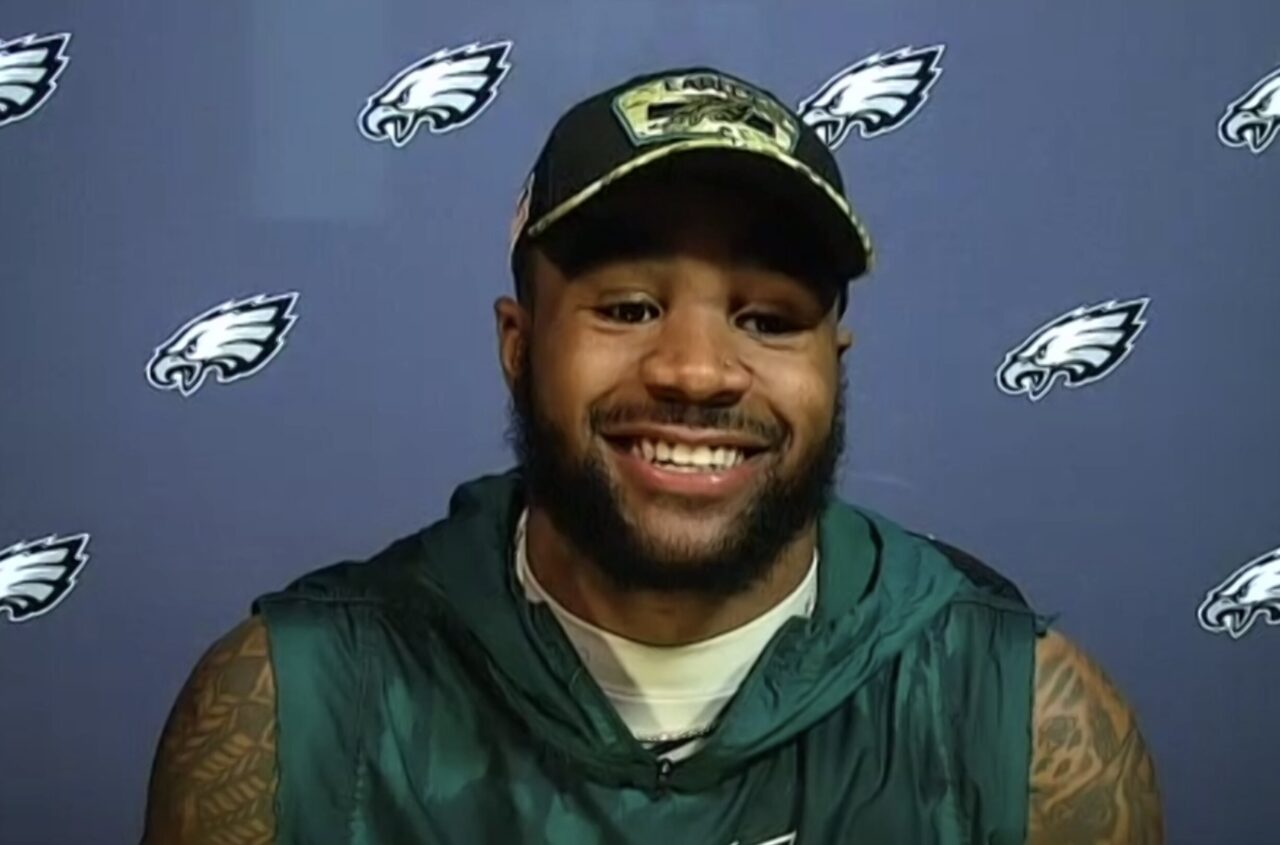 Sanders’ return gives Sirianni his full stable of running backs for his first playoff game as Eagles head coach. The Eagles carry the NFL’s top-ranked rushing offense into the game against the Bucs’ third-ranked rushing defense.

Jordan Howard, who was on the Reserve/Covid-19 list and missed the season finale, has practiced all week. Howard, the team’s third-leading rusher,  had been dealing with a stinger and shoulder sprain that sidelined him for Weeks 12 and 13 but was a full participant all week this week.

When healthy, Sanders and Howard comprise the 1-2 punch for an Eagles offense that set a team record for rushing yards with 2,715, their most since 1949.

“Really excited to be able to have them – all hands on deck,” Sirianni said. “We’re just excited that Miles is going to be ready to go and ready to play in this football game because we know how important he is to this offense.”

Sanders averaged 5.5 yards per carry during the regular season, third among NFL running backs and the highest average of his career. He led the offense with runs of 20 or more yards.

The only question – and it’s a big one – is how his hand will withstand contact against the Bucs’ defense and if Sanders, who has sustained more than few injuries this season, can see the end one of the game.

Sanders said he worked on ball grip, ball security and catching the ball throughout the week. He practiced without a cast on his hand.

“[The team] was kind of asking me what I wanted to do this week and I told them I want to do everything,” he said. “With an injury like this, I’ve got to feel comfortable in myself. Just got the confidence, and I feel ready to go.”

Sanders added that he understands what’s at stake and wouldn’t put the team in jeopardy if he felt like he couldn’t be effective. Sirianni said there would be “no limitations” on his usage of Sanders.

Sirianni has past experience in dealing with a running back returning quickly from a broken hand.

In 2019, when Sirianni was the Colts’ offensive coordinator, Colts running back Marlon Mack suffered a broken hand, underwent a procedure and returned to action three weeks later. The big concern, Sirianni said, is ball security.

“Miles has done such a good job of getting better at protecting the football, and he’s just better with his fundamentals as our year has gone on,  I have a ton of confidence in that,” Sirianni added. “But that’s what you talk about, protecting the ball, how you’re carrying it.