“They Ran The Hell Out Of It”

The Eagles once again found success with a backup quarterback, this time with Garner Minshew, who had a solid debut in his first Eagles start.

On the latest Inside The Birds podcast, Geoff Mosher and Adam Caplan discuss their observations from the Eagles’ 33-18 win over the Jets, including takeaways from Minshew’s effort as well as Jonathan Gannon’s defense. 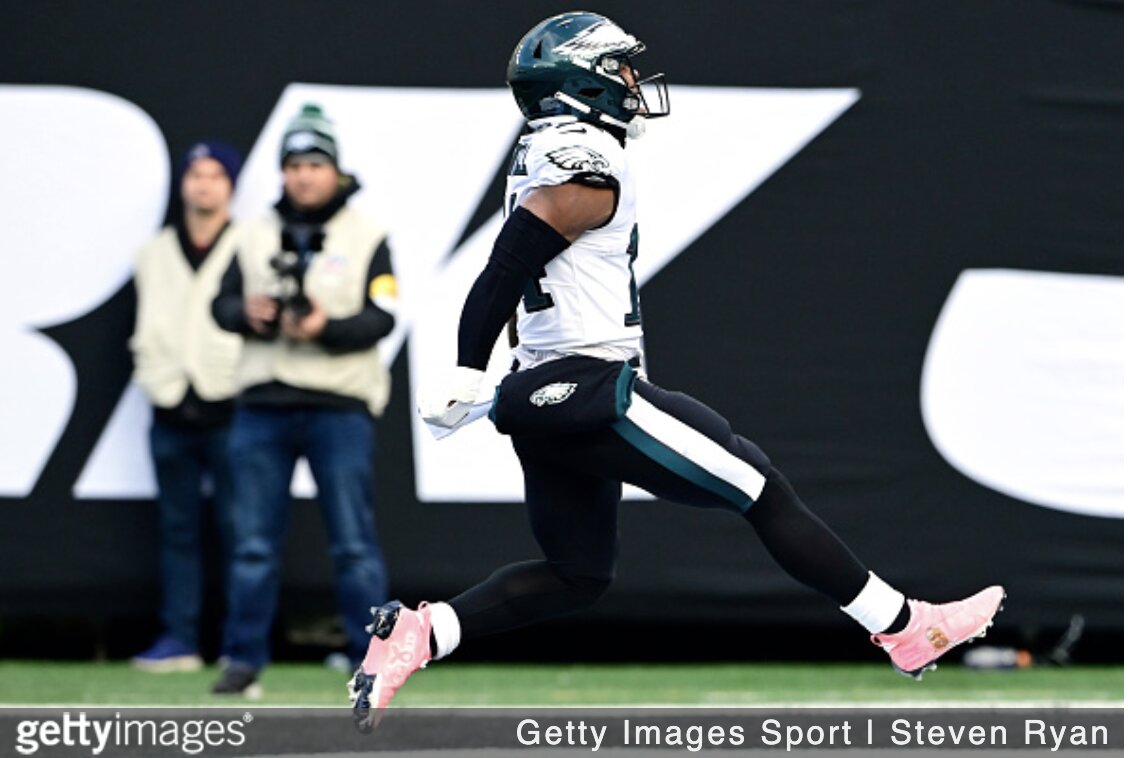 Rookie RB Kenneth Gainwell gashed the Jets for 54 yards on 12 carries, including an 18-yard TD

Adam Caplan: “To me, the story of the game is the way that [Gardner] Minshew handled the offense, and the thing that was so impressive is that you notice when he was under pressure he seemed to know where the outlet guy was. He didn’t get stuck in the pocket like Zach Wilson was […] but overall, the second half didn’t go like they wanted to, way too many field goals, four field goals in the second half. Minshew really did a good job overall, didn’t turn it over, the big plays to [Dallas] Goedert. They have to feel good about that. They left some plays on the field, there’s no question about that. But they also ran the hell out of it. Overall, offensively, very good, but they also left some plays on the field.”

Caplan: “They ran the hell out of it, which is really interesting because Minshew was so efficient from a positive standpoint, you maybe want to keep throwing but they didn’t. They stayed with their bread and butter because that’s how they win.  I’d said I thought they’d throw it a little bit more, maybe 5-to-7 more times but still going with their identity – which they did. They had so much success. I can’t argue with it. The Jets just didn’t stop them.”

Caplan: “I was disappointed with the lack of pressure on the [Jets] offensive line. They got a little bit but I just thought that [Jonathan] Gannon would do a good job of blitzing and disguise. Bring the heat, then back off and mix it up. I’ll see again what the blitz numbers look like. The Eagles are not a good get-home team with the blitz. They’re not, they just don’t blitz very well. So that was disappointing.”

Mosher: “We gotta talk about Jake Elliott, because he had a very bad year last year and we talked about how it wasn’t just all on him, there were some issues with the process as far as, you’ve got the punter, the holder and the kicker, it’s all a process. Apparently, that process has been worked out. Plus, you have Aaron Siposs as the punter [and holder] now and he must be acclimating himself nicely because the kicks have been really good this year. I mean for Jake Elliott to have that kind of game was impressive.”

Caplan: “Boy, Jake Elliott is back, in fact I don’t think he’s ever been this good in terms of just the cleanness of his kicks. So that is a pretty good story.”