Many people are still wondering about the soft defensive play calling Sunday from Eagles defensive coordinator Jonathan Gannon in the Eagles’ 33-22 loss to the Raiders in Las Vegas.

On the latest Inside The Birds podcast, Geoff Mosher and Adam Caplan break down Gannon’s and Shane Steichen’s press conferences and delivered sourced tape breakdown from the Week 7 loss.

Adam Caplan: Boston Scott, man, it’s so puzzling to me. We had heard in the spring he didn’t set the world fire, like he was gonna have to earn his roster spot. He had a very good camp. Then we get to the regular season and I’m like OK, other than special teams, what the hell? Get him on the field.

Geoff Mosher: “I almost consider John Hightower more on the [53-man roster] than Boston Scott. He just basically collects dust on the bench until they get an injury. So it’s like yes, the dreaded RBBC is back although some people will be happy about that because they always think of the Eagles Super Bowl title as an RBBC-type of team but this is more out of necessity.” 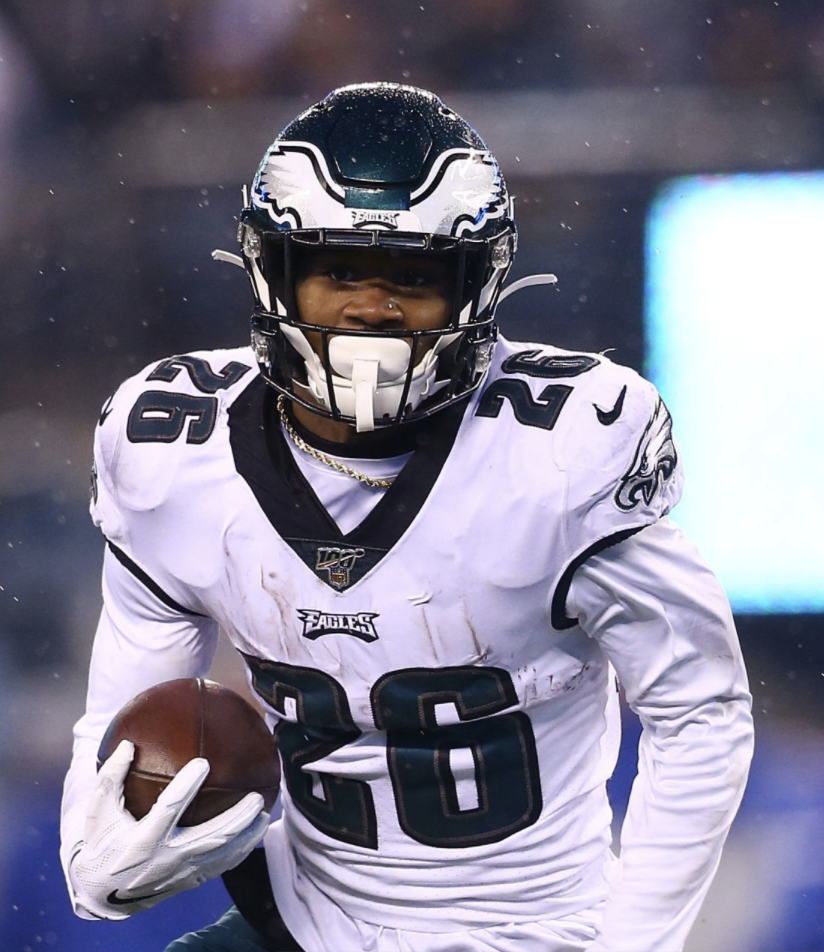 Mosher: “[Jonathan Gannon] was asked about the Fletcher Cox comments and the nature of it. I find it a little weird. Like I get that these guys are players’ coaches, you can totally see it. They’re trying to be players’ coaches, that’s the way coaches are these days. Numbers on the hats, wearing the T shirts and everything. He said he understood Fletcher’s point. And it kind of comes from Fletch being an unselfish player who has a lot of passion for winning and losing and that everybody’s frustrated. So it’s up to him, he said, to kind of collaborate with [Cox] on what they can do to get him to play better and be in the best position. My takeaway from that is: this is not the first time Fletcher Cox has said this, so if that conversation didn’t happen the first time he said it, why am I going to believe it is gonna happen now?”

Caplan: “He’s trying to be diplomatic. He’s like, ‘Hey, I got to do a better job with him.’ He’s talked about how they go back and forth and talk, he’s got some very good ideas and other players have ideas, it’s up to the coaches to get done and execute those things. That’s fine. It’s all lip service until you do it.”

Caplan: “[Devonta] Smith, [Jalen] Reagor and [Quez] Watkins played a ton of snaps. Now obviously in the second half they had to because they were behind, they certainly weren’t going to run a lot. The game was not out of hand the first half and their first drive was so beautifully designed and executed by [Jalen] Hurts and the runs were great. [Miles] Sanders looked great before he got hurt. It’s just like after Sanders got hurt and then the fumble by [Kenny] Gainwell, it’s like they kind of punted, they’re like, ‘Alright we’ve got to throw it all the time. Hell with keeping the quarterback under center.’ But you still can do it if you’re down by 10. I don’t know what rule out there says you can’t do it but this coach is swimming upstream with play calling and design. This is what he believes.”

Mosher: “If I were to do a list of all the missed tackles, poor angles, incorrect depth-taking in zone drops, and just overall bad or lack of carrying out responsibilities by individual players, the list would look like a kid’s Christmas list. You can kill [Gannon] all you want and it’s fair but to act as if some of these guys are playing well or every time they’re out there they’re in a position not to succeed is not true at all. In fact, the biggest adjustment I saw … was that he did play more safety in the box in this game. Now you can argue about whether it’s too late or whether it’s close enough. He switched it up and he showed more Cover 1. That is what this team played mostly, Cover 1/Cover 3, last year and yet they still cannot stop the run. You’ve got linebackers who just can’t stop the run. I don’t know what else to say. They’re there, Eric Wilson is there and he gets either trucked or dives at somebody’s ankles. Davion Taylor just has no idea what he’s doing in zone defense. It’s rough, man.”