Nobody has the ball with more success over the past four weeks than the Eagles, but they’re about to face a major test that has nothing to do with their next opponent.

Eagles head coach Nick Sirianni said Monday that Jordan Howard suffered a knee sprain that forced him out of Sunday’s  40-29 win against the Saints at the Linc, adding that the veteran halfback is “most likely” out for Sunday’s division game against the Giants. 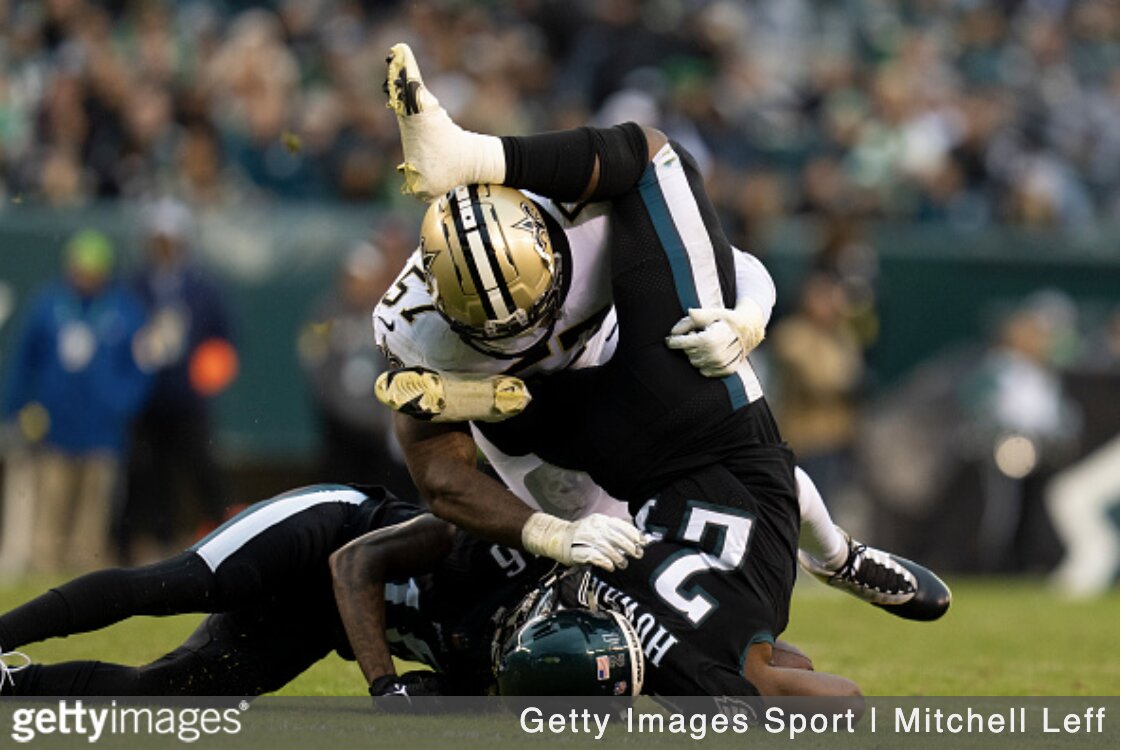 Sirianni said second-year linebacker Davion Taylor, a key component of the team’s improved run defense, also sustained a knee sprain and will probably end up on Injured Reserve, which will keep Taylor out for several weeks.

Howard’s 274 rushing yards from Week 8 to Week 11 are sixth-most in the NFL and his 5.37 yards-per-carry average is sixth-highest among running backs with at least 20 carries in that span. Even with starting running back Miles Sanders back from a three-game absence, Howard ran for 63 yards on 10 carries against the Saints’ top-ranked rush defense before going head over heels and landing awkwardly at the end of his last carry.

Without Jordan, the Eagles are likely to lean heavily on Sanders and backup Boston Scott. Rookie running back Kenneth Gainwell, who was inactive for the first time against the Saints, could also be activated as the Eagles look to continue their surge on the ground.

The Eagles have rushed for an NFL-leading 870 yards over the past four games, with nine rushing touchdowns. The closest team to them is the Indianapolis Colts, whose 734 yards in the past four games are 136 yards fewer than the Eagles’ total. The Eagles trail the Cleveland Browns by just 13 yards for the NFL lead in total rushing yards since the start of the season.

Taylor’s loss will hurt an Eagles run defense that has also reversed course after a rocky start, mainly because of a personnel change at linebacker that included T.J. Edwards pairing with Taylor to play most of the snaps, instead of Eric Wilson and Alex Singleton. Edwards, who had an interception against the Saints, on Monday agreed to a contract extension. Wilson has since been released and Singleton mostly plays sub packages. Singleton will is probably see an increase in snaps while Taylor is sidelined.

Special teams ace Shaun Bradley, a second-year linebacker, suffered a shoulder injury against the Saints but Sirianni said Bradley’s outlook to play against the Giants is much more optimistic.