On Saturday at 8 p.m., the Philadelphia Eagles (9-7) will host the Dallas Cowboys (11-5) to close out their division series.

With their playoff tickets punched, it’s unclear how prominently the starters will be featured on either side. However, this matchup could represent a crucial measuring stick for many of the young depth pieces on both teams. 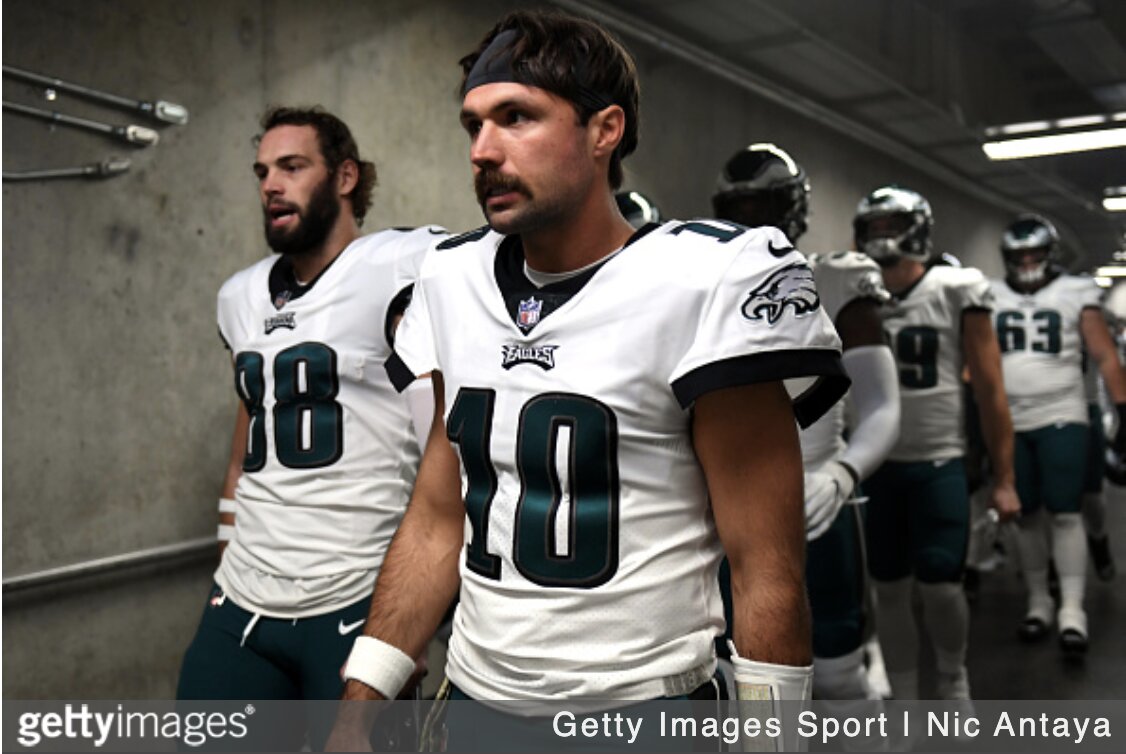 WR Jalen Reagor vs. Cowboys CBs: Reagor should see a spike in playing time this week. While it’s been a roller-coaster season for the second-year receiver, he’ll have an opportunity to end the regular season on a positive note. In Week 3 against Dallas, Reagor turned in season-highs in yards (53) and targets (8). His blistering speed and short-area quickness also gives him a distinct advantage. I’d expect the Eagles to try a couple shots in Reagor’s direction. While this Week 18 matchup may be insignificant to some, it could serve as a confidence-builder for Reagor moving forward.

RB Kenny Gainwell vs. Dallas front 7: Gainwell is a player I anticipate the Eagles unveiling in the postseason as another viable option in the passing game to complement Goedert and Smith, but now would be a good time to work him into the offensive flow. The rookie running back is the team’s most effective option as an outlet receiver and has the skill set to churn out yards after the catch and move the chains. He also boasts the ability to act as a movable chess piece in different formations, which is something that could be explored in a game like this.

Eagles LBs vs. TE Dalton Schultz: Last week, Washington tight end John Bates caught a 27-yard pass on the opening drive to put the Football Team in scoring position, which served as a harsh reminder of how vulnerable the Eagles can be in the short-to-intermediate areas of the field. Schultz, second of the Cowboys in receptions (75) yards (787) and targets (101) knows how to find the soft spot in zone and also has the ability to threaten the seam. The Eagles had previously shown improvement in coverage before Heinicke picked them apart in the first quarter last week. They must tighten up that area or risk being exploited once again.

DE Josh Sweat vs. RT Terence Steele: Sweat, who combined for four tackles, a half-sack, a tackle for loss, and a quarterback hit in the Week 3 matchup against Steele, is coming off of a dominant performance against Washington in which he registered 1.5 sacks, two quarterback hits, and two passes defended. The fourth-year defensive end figures to have his way again in this matchup. Sweat appears to be coming on at the perfect time for the Eagles as the playoffs loom. I don’t think he’ll be on the field for many snaps, but enough to make an impact.

For Philadelphia, wide receiver Jalen Reagor serves as the kick and punt returner. He has managed 255 yards on twelve kick returns and 227 yards on 31 punt return opportunities.

Eagles S Marcus Epps (currently on Reserve/COVID-19): It’s hard to project snap allocations in this particular matchup, but Epps’ steady rise shouldn’t be understated. Though he played just 27 percent of the team’s defensive snaps a week ago in Landover, Epps combined for 98 snaps in the three games prior. First-year defensive coordinator Jonathan Gannon, much like Jim Schwartz, has entrusted Epps to fulfill a specified role all season long, so this feels like an opportune spot to turn the third-year safety loose and gauge his progression. The Wyoming product makes up for his lack of prototypical size and overwhelming athletic traits with innate football intellect, toughness, and confidence.

Dallas RB Corey Clement: Ordinarily, Tony Pollard would have been my pick to fill this space. However, the third-year running back will be held out of Saturday’s game with a foot injury. With the Cowboys largely planning on keeping Zeke Elliott fresh for the postseason, I’d assume a fairly heavy workload for Clement is in the cards. Clement, a special teams standout for the Dallas, has played just 61 snaps over 16 games this season, accumulating 82 yards on 26 carries. Clement, who boasts a downhill running style could become a focal point for Dallas on offense with Cooper Rush at the helm, which could inevitably wear on the Eagles’ second unit.

Though it’s anyone’s guess as to who plays and who sits in this regular-season finale, I do anticipate Gardner Minshew commanding the Eagles offense for much of the evening. With Minshew’s experience to draw from, an intriguing blend of youth and upside defensively and the home field advantage, I give a slight advantage to the Eagles in this one.