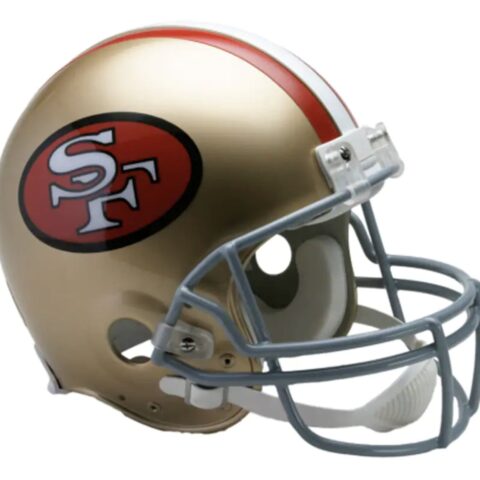 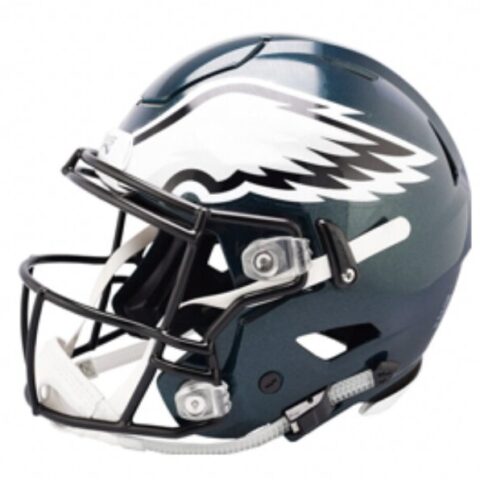 On Sunday, the Philadelphia Eagles (1-0) will play host to the San Francisco 49ers (1-0)  at 1 p.m. at the Linc. The Eagles, reeling from a resounding 32-6 win at the hands of the Atlanta Falcons, will look to build on last week’s success against a supercharged 49ers team looking to reclaim its status atop the NFC West.

WR DeVonta Smith vs. CB Deommodore Lenoir: Smith reeled in six catches for 71 yards and a touchdown in his NFL debut and now faces a short-handed 49ers secondary. Last week, veteran cornerback Jason Verrett sustained a season-ending knee injury, which provided an opportunity for fifth-round rookie CB Deommodore Lenoir. Lenoir, compactly built at 5 foot 10, 200 pounds, is a physical perimeter defender with solid ball skills. However, he lacks overly fluidity and struggles with eye discipline. Smith should be able to capitalize on Lenoir’s aggressiveness with his savvy route-running. Lenoir played 90 percent of the 49ers defensive snaps last week and was targeted just three times.

FYI: Veteran CB Josh Norman, a late addition, was a notable inactive last week but should factor into the rotation this week. CB Emmanuel Moseley, also inactive for the opener (knee), was a non-participant in practice on Thursday.

LT Jordan Mailata vs. DE Nick Bosa: Though Mailata seemingly progresses each week, the ascending left tackle faces his toughest assignment yet in Nick Bosa. The mammoth tackle must neutralize Bosa – who totaled four tackles, 1.0 sack, and 3.0 tackles for loss last week in just 55 percent of the snaps – to support an early-game offensive rhythm. Look for this matchup to unfold like a boxing match would, with both players countering each other’s tack throughout the contest.

Eagles DTs Fletcher Cox/Javon Hargrave vs. 49ers interior OL: The Eagles felt the impact of having a healthy Hargrave playing alongside Cox and the stress it can cause on quarterbacks. For perspective, Hargraves’s 2.0 sacks were the first from an Eagles DT in a season-opener since Ken Clarke (9/7/86). The score dictated the Falcons’ offensive approach, and the interior pressure collapsed the pocket to make it nearly impossible for Matt Ryan to mount a comeback. The 49ers’ interior offensive line, comprised of LG Laken Tomlinson, C Alex Mack, and RG Daniel Brunskill, is exponentially better than Atlanta’s. But if the Eagles can build an early lead and force the 49ers to become one-dimensional, a formidable interior group – which also includes rookie Milton Williams and veteran Hassan Ridgeway – can pin San Fran’s ears back and bear down on mistake-prone Jimmy Garoppolo.

LBs Eric Wilson/Alex Singleton vs. 49ers RBs: Wilson and Singleton are rangy, offer exceptional lateral agility, and play with urgency. But both players lack the prototypical size to attack downhill and fill running lanes and aren’t overly effective when they aren’t kept clean. Wilson, in particular, missed several tackles last week as running back Mike Davis plowed through the teeth of the Eagles’ defense with great success. This week, the 49ers bring their lethal outside zone scheme into the Linc. Even without the speedy Raheem Mostert (knee) at Kyle Shanahan’s disposal, the 49ers are expected to utilize three running backs on Sunday (Elijah Mtchell, Trey Sermon, JaMycal Hasty), each with varying skill sets. The Eagles defenders, particularly the linebackers, must remain disciplined and make plays in space to negate another fast start.

The 49ers kick returner is Ambry Thomas and punt returner is Mohamed Sanu. Thomas, a rookie third-round pick from Michigan, returned four kicks for 70 yards in his NFL debut, while Sanu split time with Brandon Aiyuk on punt return, returning one for 11 yards and fair-catching another.

The Eagles’ 32-6 victory in Atlanta was the team’s largest margin of victory since Jan. 21, 2o18, when they defeated the Minnesota Vikings, 38-7, in the 2017 NFC Championship Game. In Week 1, Jalen Hurts registered the highest passer rating (126.4) by an Eagles quarterback since Nick Foles’ 141.4 passer rating against the Vikings in that NFC title game.

After compiling a team-high six receptions for 71 yards and a touchdown against the Falcons, DeVonta Smith tied DeSean Jackson (9/7/08) for the team rookie record for catches in a debut. He also became the first Eagles wide receiver to score a touchdown in his first NFL game since Marvin Hargrove on Sept. 16, 1990.

Eagles RB Kenny Gainwell: In a somewhat surprising development, Gainwell – not Boston Scott – worked in concert with starter Miles Sanders against Atlanta. The two-headed rushing tandem combined for 24 carries, 111 yards and a touchdown on the ground along with 45 yards through the air. Most notably, Gainwell earned red-zone opportunities and in the 2-minute offense, so the team clearly values his improved pass-protection, receiving prowess, and situational awareness. The fifth-round rookie will factor into the game plan against the Niners as an outlet receiver for Jalen Hurts, forcing a fast-flowing 49ers defense to bring him down in space.

49ers WR Brandon Aiyuk: Aiyuk’s mysterious absence from last week’s game plan has been examined under a microscope ad nauseam this week. The former first-round pick played just 26 snaps, failing to yield a pass target, while fellow receiver Deebo Samuel (9-189) reaped the benefits. Still, Aiyuk amassed 60 catches for 748 yards and five touchdowns in 12 games last season, so this week’s matchup against a surging Eagles team feels like an opportune spot to get the Arizona State product involved. Despite his disappearing act, Aiyuk remains the 49ers’ most explosive offensive component. He scored a 38-yard rushing touchdown against the Eagles last year.

The Eagles should have enough firepower to keep pace with a high-octane San Francisco offense. In front of a sold-out crowd, expect to see Nick Sirianni aggressively attack an undermanned 49ers defense, which could be reeling by the second half.