The Philadelphia Eagles (2-5) travel to the Motor City to take on the Detroit Lions (0-7) for a 1 p.m. matchup at Ford Field.

Led by first-year head coach Dan Campbell, a hapless Lions team seeks its first win of the season, despite valiant efforts against a couple of the NFL’s heavyweights in recent weeks.

They’ll host the faltering Eagles, who are looking to snap a two-game losing streak. 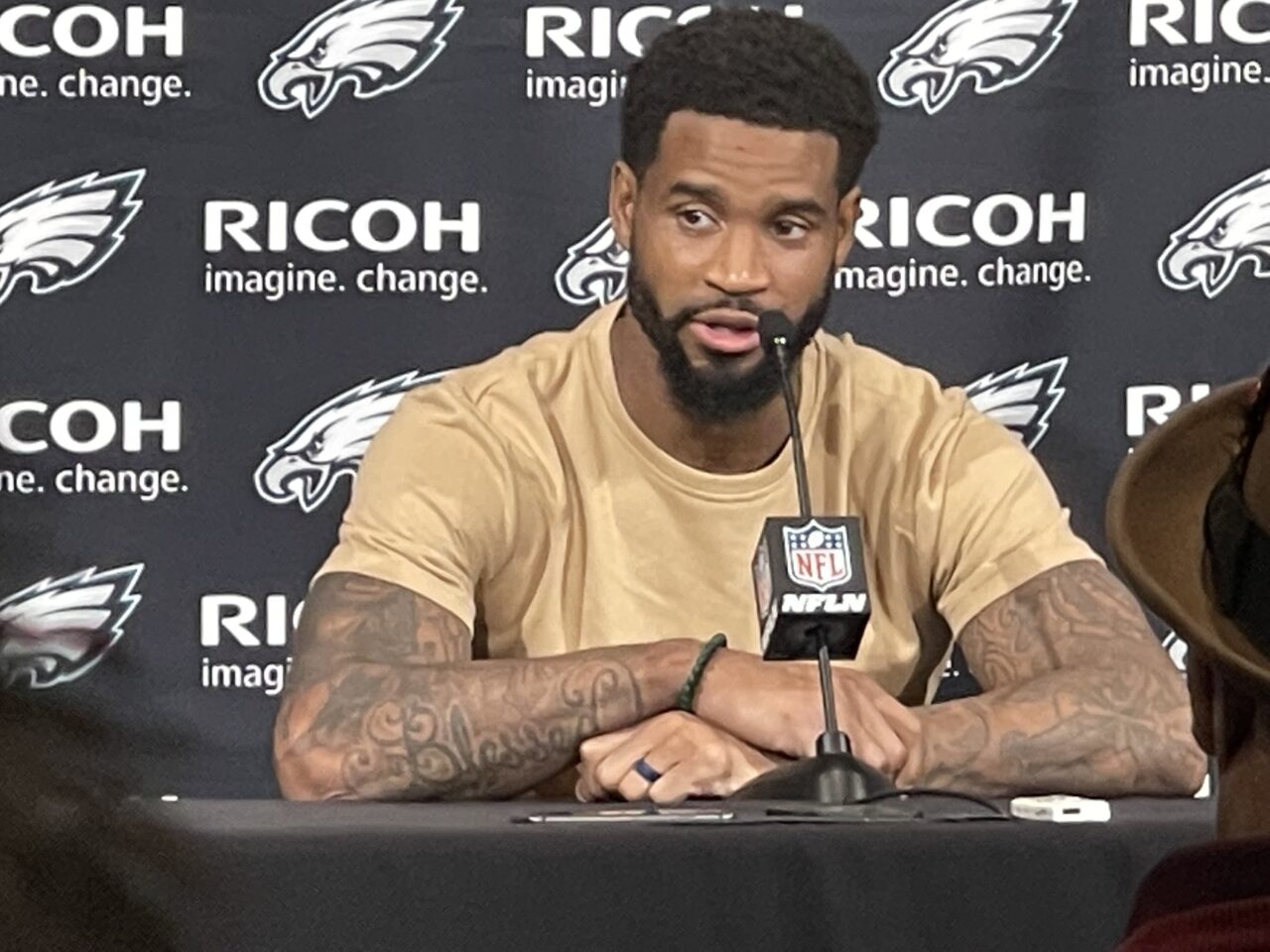 WR DeVonta Smith vs. CB Amani Oruwariye: Smith has commanded 13 pass targets but secured just seven for 92 yards the past two weeks. The Alabama standout has regularly created separation but has fallen victim to off-target throws and missed opportunities. Smith is likely to draw the lengthy, physical Oruwariye in coverage – a matchup that heavily favors the Eagles’ dynamic and savvy wide receiver. The speed-deficient Oruwariye has a tendency to be handsy, so look for the Eagles to exploit his aggressiveness.

TE Dallas Goedert vs. Lions linebackers: Perhaps this will be the week the Eagles devise a plan to attack the middle of the field with Goedert. The Lions second level is unequipped to contain the multifaceted Goedert – specifically slow-footed inside linebacker Alex Anzalone – but the emerging safety tandem of Tracy Walker and Will Harris could limit the big-play potential. Goedert parlayed five targets into three receptions for 70 yards last week against the Raiders, but the recently appointed TE1 commands 8-to-10 this week, given the matchup. He should find the end zone for the first time since Week 4.

DE Josh Sweat vs. RT Matt Nelson: Nelson (6-7, 315), a former defensive tackle at Iowa, has started all 7 games and played one hundred percent of the offensive snaps for the Lions this season but has underwhelmed. On paper, the lengthy, athletic Sweat should win this matchup. However, the 24-year-old edge rusher has notched just 1.5 sacks this season and has been misemployed in Jonathan Gannon’s scheme. This is an ideal matchup for Sweat and the Eagles’ edge rushers to make up for lost time and bear down on the immobile Jared Goff.

CB Darius Slay vs. WR Kalif Raymond, TE T.J. Hockenson: The Lions don’t have much to offer in terms of playmakers, so it makes sense to assign Slay to its most threatening, tight end T.J. Hockenson. Over the past two weeks, the second-year tight end has reeled-in 14 receptions for 122 yards on 20 pass targets. Given Goff’s propensity to pepper the short-to-intermediate area with targets directed at his ascending tight end, Slay gives the Eagles their best chance at eliminating his security blanket and making the Lions one-dimensional.

Eagles WR Quez Watkins: Watkins, second on the Eagles’ in receiving yards (348), should see a lot of cornerback Jerry Jacobs on Sunday. Jacobs, an undrafted rookie, sports a sturdy, compact frame and plays with physicality, but lacks the requisite length and long speed. The Arkansas product also underwhelms from a tackling standpoint, so look for the Eagles to take advantage by getting the elusive, quick-twitched Watkins in space on Jacobs’ side. Expect a big play of two from the Eagles’ most lethal vertical threat.

Lions RB Jamaal Williams: The Eagles’ abysmal 28th-ranked run defense enters Week 8 having surrendered 931 yards and eight touchdowns on 227 carries. Williams, who averages around 10 carries a game, works in tandem with starter DeAndre Swift to give the Lions a complementary 1-2 punch. The thunder to Swift’s lightning, expect Williams to see an increased workload this week as Detroit looks to wear the an undersized Eagles’ front seven down. Williams is a good bet to find the end zone and could be a prominent factor if the game is close in the fourth quarter.

The Eagles are the vastly superior team on paper, but the Lions are a scrappy, competitive bunch who have fully bought in to head coach Dan Campbell’s philosophy. The Lions will make the Eagles work for it but the lack of playmakers on both sides should hinder the upset. Reluctantly, I’m picking the Eagles to stave off a hungry Lions team and steal a win in the Motor City.