“Not Overwhelmed By The Moment”

The Eagles are gearing up for a postseason game Sunday for the first time in the Nick Sirianni era.

On the latest Inside The Birds podcast, Geoff Mosher and Adam Caplan discussed the latest surrounding both teams, and deliver sourced tape review from Week 18 as well. 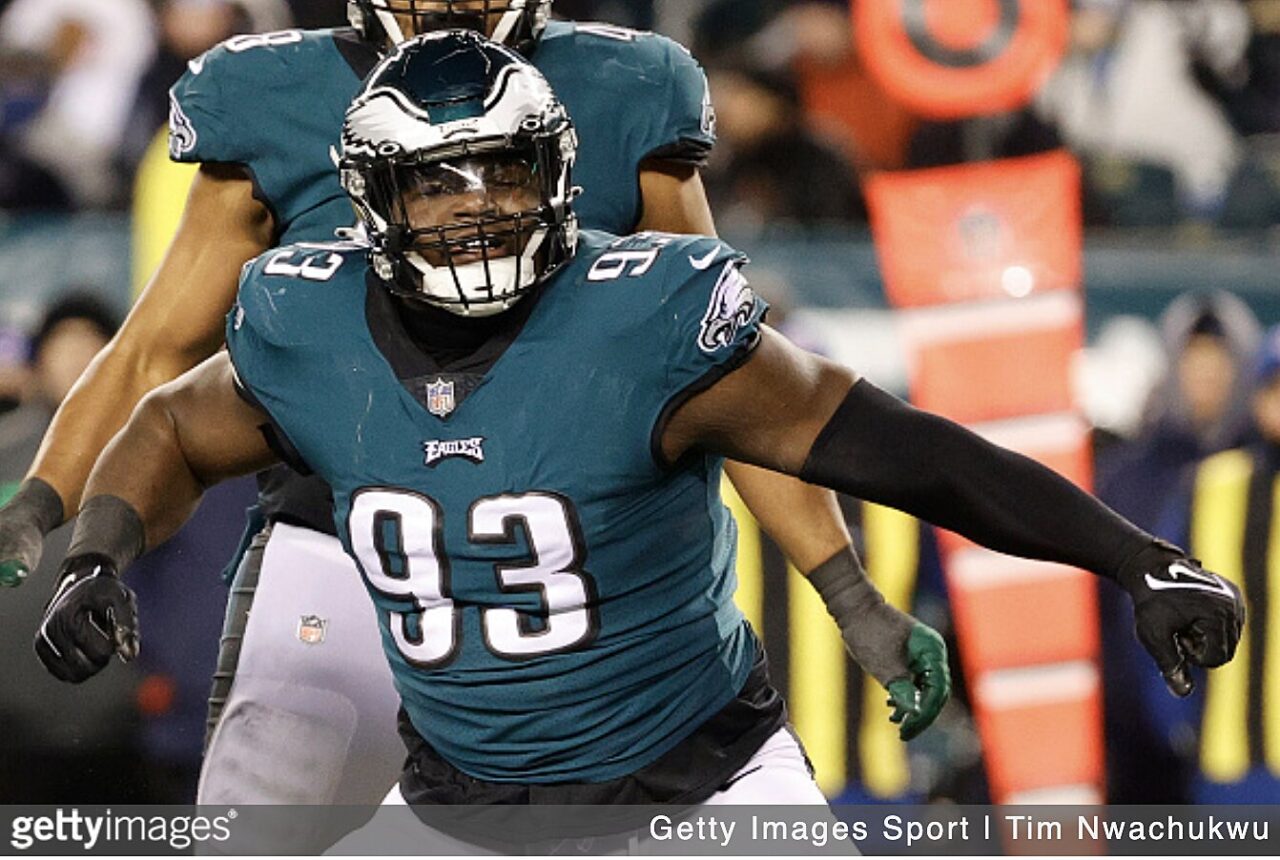 Adam Caplan: “Landon Dickerson with the thumb [injury], I remember you said you’d seen this during the game. Was it the Washington game?”

Geoff Mosher: “It was the Washington game and I didn’t know it was a thumb injury. It looked to me like he was wincing and grimacing and just not comfortable. Then he was out of practice last week, he was listed as a non-participant.”

Caplan: “He’s gonna play but you do wonder–  and we’ll see if the reporters notice if it’s taped up or whatever. So we’ll keep an eye on that.”

Caplan: “The [Tampa Bay] run defense has been bad the last two weeks and we’ll see what the Eagles do. [Miles] Sanders is so key. It’s just gonna be so hard for them if he’s not available. It’s funny, in that game where they barely ran it, this is when they were throwing like crazy, he ran for over 6 yards per carry in that game. So they need him and by the way he was the only running back to run the ball that game.”

Caplan: “Milton Williams – shame on us for not talking about him enough this season. He’s been tremendous for like the last six weeks and here’s why he’s winning: He played D-end [against Dallas] almost exclusively, because he hasn’t played a lot of D-end, he has been mostly at D-tackle so far, playing inside. He wins with interior quickness, really good hands and punch. He has to, because he’s got shorter arms. He wins a lot and I understand he played at a lower level of college football but it does not seem to matter. He has not been overwhelmed by the moment. This is a great job by Tracy Rocker, their D-line coach, give this guy credit. From what we’re told he was very involved in this draft pick in terms of pushing for it.”

Caplan: “There is no way to know what [Jonathan] Gannon is going to do, but to me the whole game comes down to this: You know you’re going to get the best quarterback of all time, and it’s not even close. I love Peyton Manning but Tom Brady’s a better football player. It’s close in terms of they’re all great, but just looking at what Brady’s done, physically he’s hung in there. We’ve talked about a lot of great quarterbacks but he is the elite of the elite. It just shows you don’t have to be a great athlete to play the position, you just have to anticipate and it’s gonna be hard.”