ITB: Talks For Hunt Lead To No Trade

Following their Week 8 victory, the undefeated Philadelphia Eagles are set for a quick turnaround as they travel to Houston for Thursday Night Football against the Texans.

On the latest episode of the Inside The Birds podcast, Adam Caplan and Geoff Mosher discussed the trade deadline, the latest win over the Pittsburgh Steelers, and previewed the upcoming matchup against the Houston Texans. 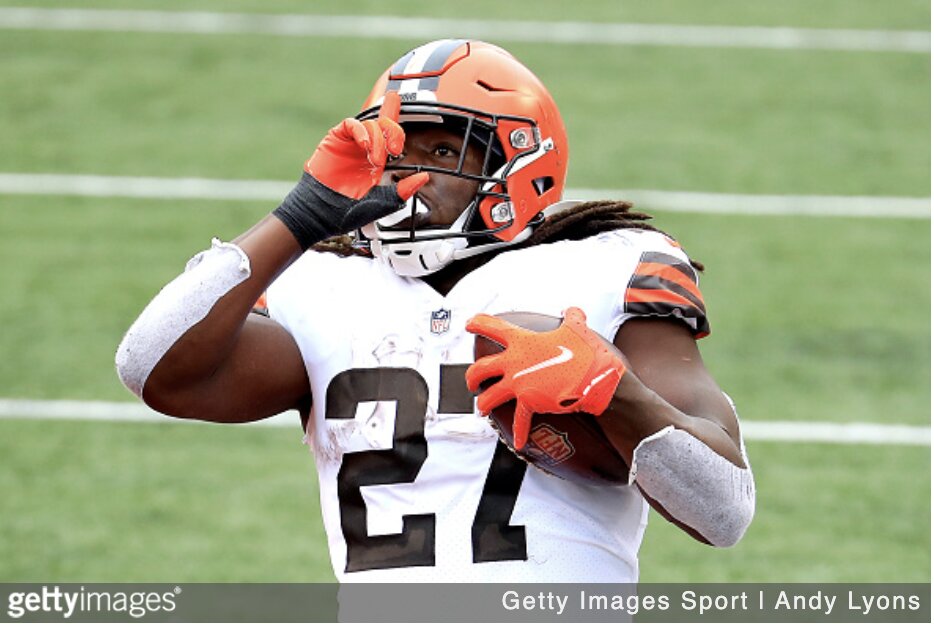 A trade between the Eagles and Browns was discussed but nothing resulted.

Geoff Mosher: “We heard there were discussions between the Eagles and Browns. At one point, there may have been some confidence that something was going to be done. Remember though, Cleveland did play on Monday night and they scored a huge win. Not only did Kareem Hunt play, but he actually probably had one of his best games of the year. A deal was not done. From Cleveland’s side, they know they’re going to lose him and if he continues to have games the way he did the other night, he could get a pretty good contract in free agency, good enough that would net the Browns a decent comp pick.”

Adam Caplan: “The Eagles were not the only team in on it, I’m told by multiple sources, but it seemed like the Eagles were the ones that were probably going to get him if he was going to be moved, but no deal.”

Mosher: “He was actually, strangely, a better deep ball throw than a shallow ball thrower. When he started off the game, he was throwing a little bit behind and then they dialed up that touchdown from the slot and he just puts it right between the two guys.”

Caplan: “Hurts’ confidence in A.J. Brown is so strong. This is what I know about Hurts and Brown: it was very clear to me that on the field, their timing just grew and grew.”

Mosher: “One of the things the Eagles have done really well all year is the 3rd-and-1 and 4th-and-1 QB sneaks. On Sunday, you saw a couple of snaps that looked like it was going to be a sneak and that turned into a pitch or a misdirection or an unbalanced line and it got more yards than you ordinarily would get from sneaks. Kudos to Nick Sirianni, Jeff Stoutland and everyone involved. That was straight scheme wizardry.”

Caplan: “Not only was this his best game of the season, he has not flashed much until this game. He’s on a contract drive, obviously, and it was against his former team. He was the best defensive lineman, that’s for sure. He had what is called second reaction pressures, where the player gets upfield, they make it past the linemen and the QB, but they get the quarterback on the way back, and boy did he do that. He was phenomenal.”

Mosher: “You look at their run defense again; the Steelers averaged 6 yards a carry, they ran for 144 yards, they had a 19-yard run from (Jaylen) Warren, an 11-yard run from [Kenny] Pickett, an 18-yard run from [Najee] Harris. They had an end-around that went for 11. This has kind of been the Eagles’ thing: they’re going to dominate for the most part, but they certainly will give you some lanes to run through. But you as the opponent have to be in control of the game or doing well to be able to have that matter to you.”

Mosher: When you face a team like the Texans that play a certain style of defense, that Tampa 2 that Lovie Smith loves to play, that usually opens up the run game. So just like the Steelers, who had a bad pass defense so you come out with shot plays, it would not surprise me if against the Texans – you don’t have to come out more run-heavy, but if you see both safeties playing deep, then why not hit them with some Miles Sanders early and set up some play action and force them to bring in a safety?”

Caplan: “I love watching him. He brings velocity, energy, and physicality. He has a very unique running style, downhill, great vision, sets up his blocks well.”

Caplan: “He’s got a good arm, he’s good in pocket movement. He’s not going to run. The Eagles should be able to get to this guy. They give up so much interior pressure, that is where the Eagles should dominate this game. They should have at least four sacks in this game.”