“It’s To The Crisis Point”

Plenty went wrong for the Eagles against the Giants in Sunday’s 13-7 loss at MetLife Stadium, one of the more disappointing losses this season for the Eagles.

On the latest Inside The Birds podcast, Geoff Mosher and Adam Caplan shared their sourced tape review and discussed injury and transactional updates. 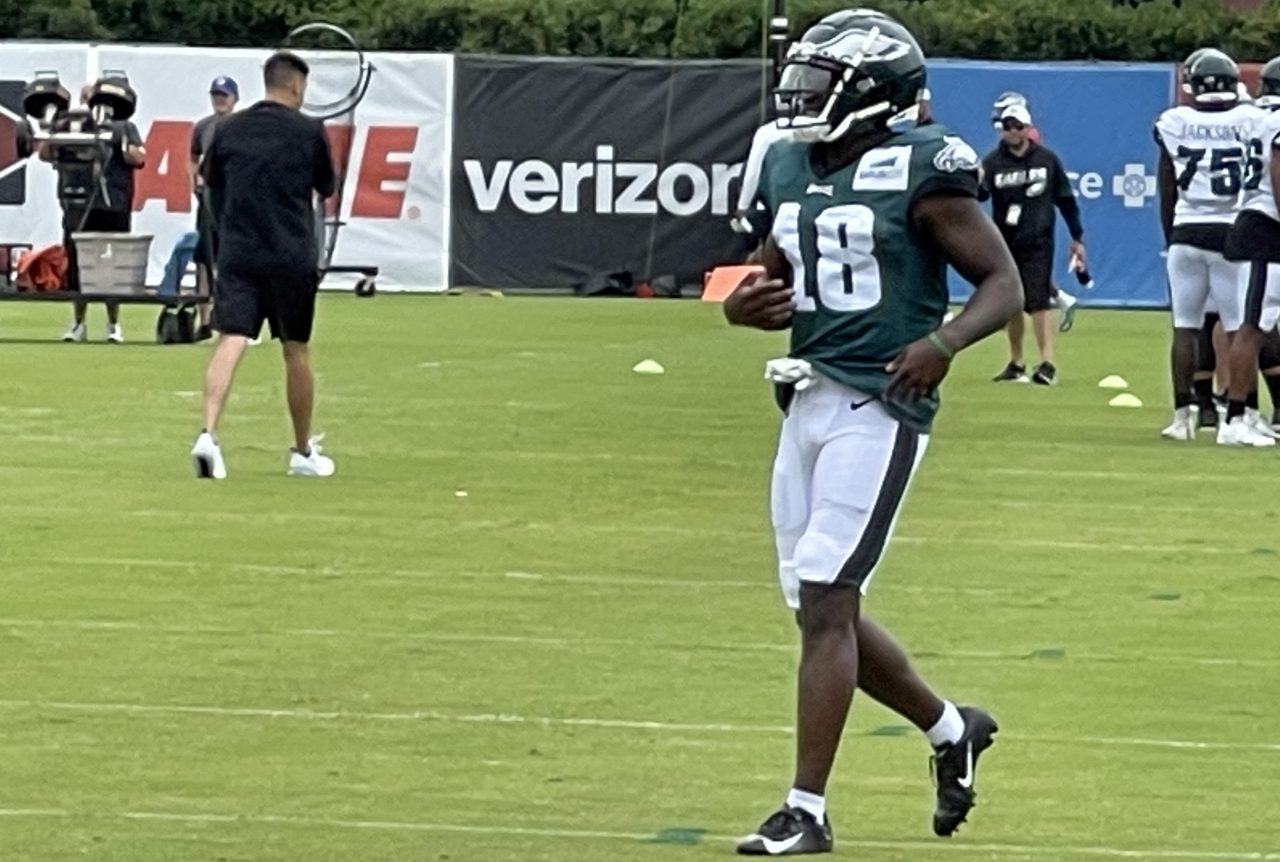 Adam Caplan: “It’s to the crisis point with their pass target group. Everybody knows they have to get better production and it’s a problem, it’s really hurting them. You can’t say it’s the quarterback’s fault all the time. I get it, in all 32 markets the quarterbacks are going to get a share of the blame, and whoever’s calling the plays, I totally get that. But at some point guys have to do their job, do a better job. The pass target group overall, they got to be better. The top two guys are doing a good job but the other guys have to pick it up.”

Geoff Mosher: “Yeah, I heard it suggested that maybe the Eagles should use Jalen Reagor like Atlanta uses Cordarelle Patterson. Cordarelle is such a big guy that they actually use him as a downhill runner. They’ll go under center and I don’t think that Jalen Reagor is built for that, but I could be convinced that you can use Jalen Reagor sort of the way the Niners had recently been using Deebo Samuel.”

Caplan: “The running game was terrific. I don’t want to say anyone could do well at running back with the way the line is playing but their line, as great as they were against New Orleans, their pass protection was phenomenal in this game. All five were great. Mailata has played his two best games as a professional. He’s elite right now. His technique is terrific, he’s got the dropping the hands, correct. His issue I’m told has been with his hands from Day 1. Not being comfortable with it last year, inconsistent with it. At times great, sometimes not at all. You never say it’s perfect but it’s really really good. His feet are great, he’s just really really good right now. He’s over his MCL sprain quite well where he struggled the first couple games after.”

Caplan: “Milton Williams was the star of the game, didn’t see that coming. I know he’s approved incrementally. Here are the notes. [No.] 93, Milton Williams, flashed again. Relentless speed, flushed [Daniel] Jones, great against the run, had one great rush against Jones, flushed him. Just relentless and he knows he has to be because when you have shorter arms you gotta make it up somewhere else and it’s hard to measure him unless you’re watching the tape. He’s the kind of guy that won’t put up great numbers, but he blows plays up and he just looks like he’s gonna be an impactful player from this draft class.”

Mosher: “The linebackers did well again. T.J. Edwards did well again. I said it on the pregame show, I didn’t think that there was going to be a huge drop off from Davion Taylor to Alex Singleton. They’re different players, but they’re both productive in different ways and Alex Singleton was productive. He had 12 tackles, three for loss, he had a pass breakup. I thought he played well.”

Caplan: “Yeah, he was all over the place, but [Davion] Taylor is faster to the ball. That’s the only difference. It’s a discernible difference between the two. But Singleton is a sure tackler. It’s just that sometimes what happens is he would over-run it – not in this game but some of those issues have showed up in previous games, but this game he was pretty solid. They were really good, they were a very disciplined defense. They didn’t shut out, they weren’t perfect, but the front seven played a very, very good game.”