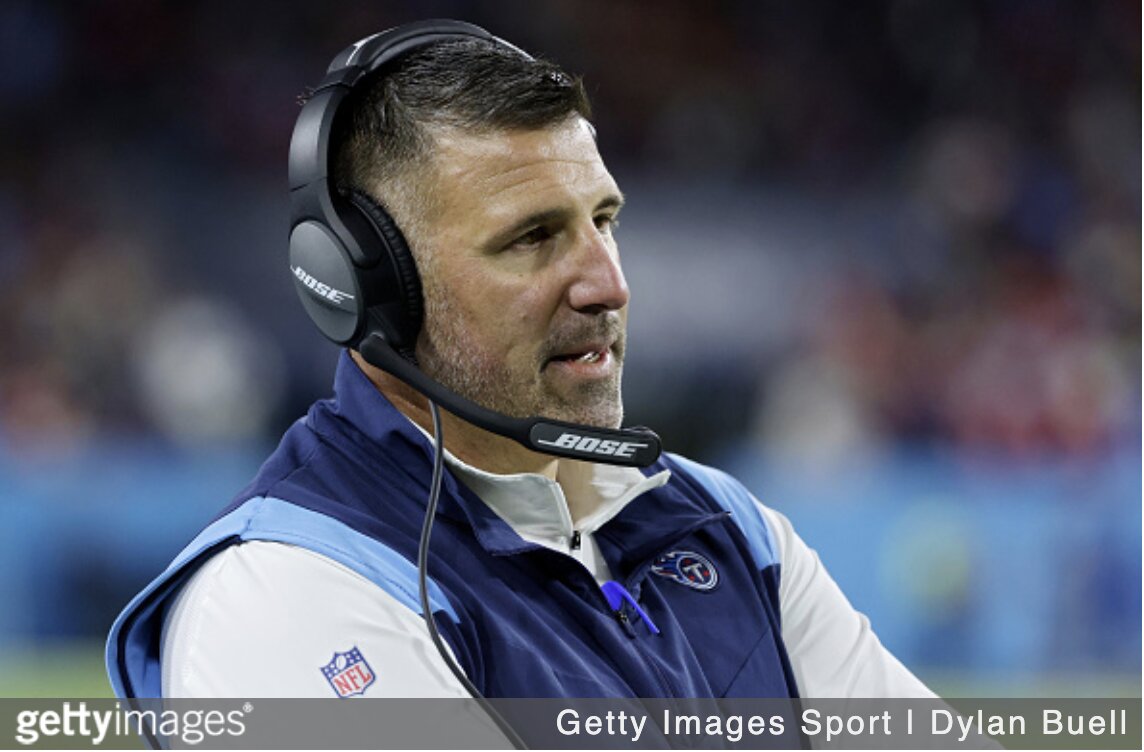 The Titans have overcome the loss of RB Derrick Henry, who’s coming back soon

1) Green Bay Packers (12-3; ranked last week: #1): They’ve won four games in a row and are still the NFL’s only undefeated team at home. But can anyone beat them in January in Green Bay?

2) Kansas City Chiefs (11-4; ranked last week: #2): Chiefs HC Andy Reid pulling his late November/December magic again with eight wins in a row. They’re now clearly the favorite to come out of the AFC for the third season in a row.

3) Los Angeles Rams (11-4; ranked last week: #3): They’ve now won four games in a row after suffering through a 3-game losing streak. Give them credit for the turnaround and they’re playing at their best when it matters in late December.

4) Dallas Cowboys (11-4; ranked last week: #5): Because of their immense talent on both sides of the ball, the Cowboys are capable of beating just about any team and they’re very good on the road (6-2).

5) Tampa Bay Buccaneers (11-4; ranked last week: #6): They continue to roll (won five of last six) despite their injury issues. But can they win in Green Bay?

6) Indianapolis Colts (9-6; ranked last week: #7): They’ve won six of seven games and are a legitimate playoff contender. However, their COVID-19 issues are a bit concerning.

7) Tennessee Titans (10-5; ranked last week: #9): The hope is that star RB Derrick Henry comes back for their first playoff game and I’m told that he might start working on a limited basis next week.

8) Buffalo Bills (9-6; ranked last week: #10): What a great win over the division-rival Patriots last week and their schedule over their final two games is very favorable (vs ATL, vs NYJ).

10) Cincinnati Bengals (9-6; ranked last week: #11): Just like the Chargers, the Bengals are very hard to figure out on a week-to-week basis. But they are capable of beating most teams because of their high-powered offense.

11) Arizona Cardinals (10-5; ranked last week: #4): That’s three straight losses and there doesn’t seem to be any light at the end of the tunnel.

12) Philadelphia Eagles (8-7; ranked last week: #16): That’s three straight wins and fix of six on the positive side of the ledger. However, they have some flaws which will prevent them from making a serious playoff run.

13) Miami Dolphins (8-7; ranked last week: #15): After their 1-7 start, who thought they could turn it around? The fact that they’re currently the #7 seed in the AFC is hard to believe, but true. Their schedule is the most difficult of the teams competing for that last AFC Wild Card spot (at TEN, vs. NE).

14) Los Angeles Chargers (8-7; ranked last week: #12): Once again, this team is really hard to figure out from a week-to-week basis. They’re capable of beating any team (Chiefs, Bengals) or losing to any team (Texans).

16) Las Vegas Raiders (8-7; ranked last week: #20): Give their coaches and players credit for still being in the AFC Wild Card chase this late given all of their negative issues surrounding this team.

17) San Francisco 49ers (8-7; ranked last week: #14): Somehow, despite their inconsistency, this team is the #6 seed in the NFC and this likely would be a non-playoff team in the AFC.

18) Atlanta Falcons (7-8; ranked last week: #23): There’s no question that their record is better than most expected it would be by this point, but while they’ve overachieved, they’re still not going to earn a playoff spot.

19) Cleveland Browns (7-8; ranked last week: #19): It’s hard to put my finger on why they have a record under .500 and will come up well short of expectations this season. Injury and COVID-19 issues yes, but they should still have a better record.

20) Pittsburgh Steelers (7-7-1; ranked last week: #17): They need to win both games and will need help to earn a playoff spot. They’re yet another team that has to find its next starting QB.

22) Minnesota Vikings (7-8; ranked last week: #21): The reality is that this team had some flaws on their roster which came to light as the season progressed.

23) Denver Broncos (7-8; ranked last week: #22): I feel for Bronco fans for having to suffer through a terrible QB situation, which must be corrected next year.

24) Washington Football Team (6-9; ranked last week: #24): The end of their season can’t come soon enough. While their QB situation, like most of the teams down this far in our rankings, is in question, that’s not the only position of concern for the WFT.

26) Seattle Seahawks (5-10; ranked last week: #25): What a disaster this season has been for this team. They have some very tough decisions coming up (QB trade?, HC and others).

31) Detroit Lions (2-12-1; ranked last week: #31): Give head coach Dan Campbell credit for his team competing hard despite having one of the worst rosters in the NFL.

32) Jacksonville Jaguars (2-13; ranked last week: #32): At least they have a lot of salary cap space and a good number of draft picks next year.