Inside The Birds: Curious Play Calls, Lack Of Blitzes Under Microscope In Loss

The Philadelphia Eagles look to clean up some of the mistakes from last Sunday’s quickly as they prepare for a Monday Night Football showdown against NFC East rival Dallas, which comes off its big win. On the latest Inside The Birds, Geoff Mosher and Adam Caplan conduct their weekly mid-week sourced tape review, discussing breakdowns — offensively and defensively — against San Francisco and delivering injury and transaction updates as well. 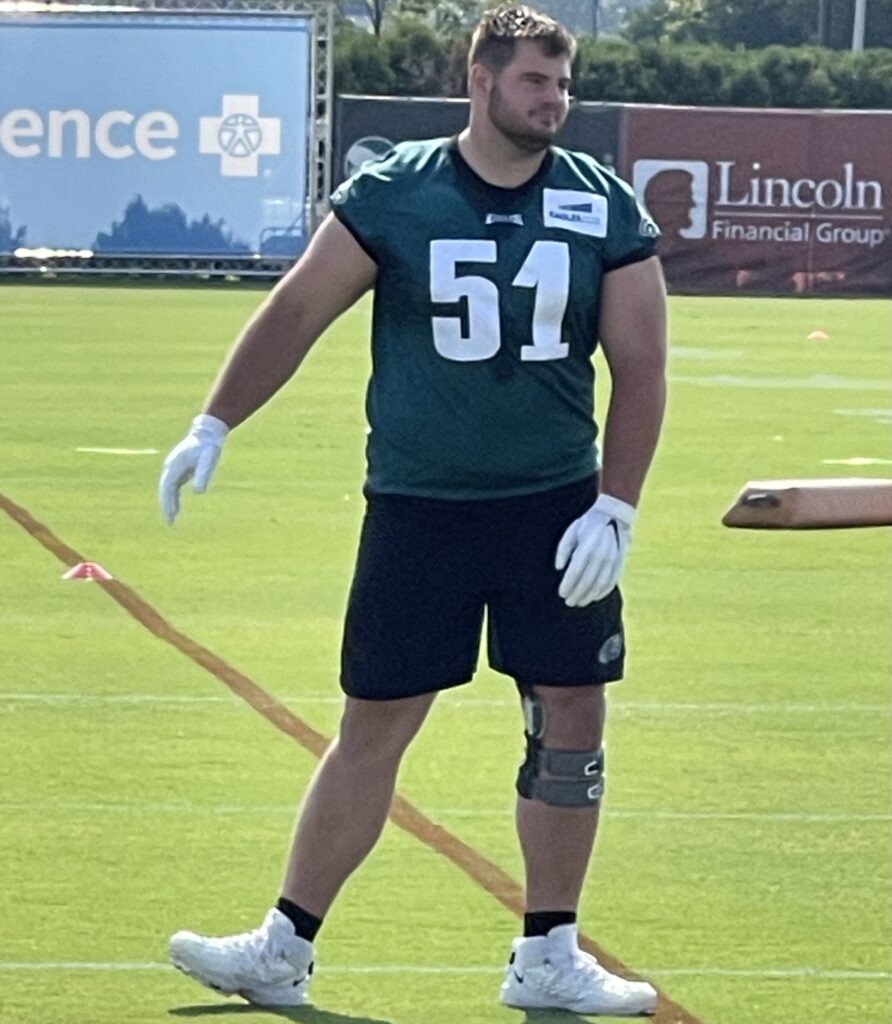 (ITB photo: Landon Dickerson, who struggled in his debut, should get the first crack to replace Brandon Brooks at right guard)

Adam Caplan: “Yeah he’s got a pectoral strain and those are generally, I know it could vary, but somewhere in the four-to-six week situation. Then remember you had reported it last year on Javon Hargrave and [the injury] was at least six weeks for him.”

Mosher: “[Nick Sirianni] has got to remember his old mantra of players, players, players not plays, plays, plays. So if you’re on that list, Devonta Smith, you want to get the ball to him, they certainly tried in that game to do it. But then No. 2 has got to be Dallas Goedert, at times it’s got to be Miles Sanders in the passing game, in the screen game at times. Those are your two best players after Devonta Smith — and to be honest, Devonta Smith is a rookie who is still learning. Goedert and Miles have been in this game for a little bit here so the ball has to go to them more.”

Caplan: “[A personnel source] said you could clearly see there were some plays where [Jalen] Hurts should have thrown the ball over the middle. He said there weren’t a lot, but there were some to Goedert, there was actually one on the deep-over route to Smith, which had no chance to be completed. He thought he could complete it, but by the time he got the ball there, there was no way it was going to happen.”

Caplan: “I’ll tell you, this line is gonna be good even without Brooks. Once Dickerson gets up to speed, I don’t know how long that’s gonna take, I think they’re gonna be fine. Obviously in the short term, they’re not going to be great with Dickerson in there until he gets his feet wet. This is another level for him. The players at this level are way better than he faced in college and it’s gonna take him time, but apparently he’s super-smart, incredibly competitive, he cares. Everything that you want, he’s just been out and was rehabbing up until the last couple of weeks.”

Blitz Blueprint
Caplan: “This was their first test, the 49ers have a good-not-great offensive line and the Eagles stood up, I give them credit. They’re doing a good job and the thing is, they don’t blitz because it’s almost like with this very tight zone … it’s like , ‘Hey, you’re not gonna score on us, we don’t have to blitz.’ I don’t necessarily agree with that.”

Mosher: “That’s my minor bone to pick […] There was a 95-yard drive and an 87-yard drive by the 49ers. Just watching it you felt like there were opportunities once you started to see the 49ers put it together and [Jimmy] Garoppolo get into a rhythm, where you say, ‘OK, now I’ve got to pressure him a little bit . Now I’ve got to show disguised pressure, bring somebody from somewhere that he hasn’t seen yet this game.’ And I didn’t see that.”