“Gotta Bring It And Be Relentless”

Following the Eagles’ comeback win over the Panthers, they’ll have a quick turnaround to face the defending Super Bowl champion Tampa Bay Buccaneers on Thursday night at the Linc.

On the latest Inside The Birds podcast, Geoff Mosher and Adam Caplan reviewed the tape from the Panthers win and previewed Thursday night’s matchup against the Buccaneers. 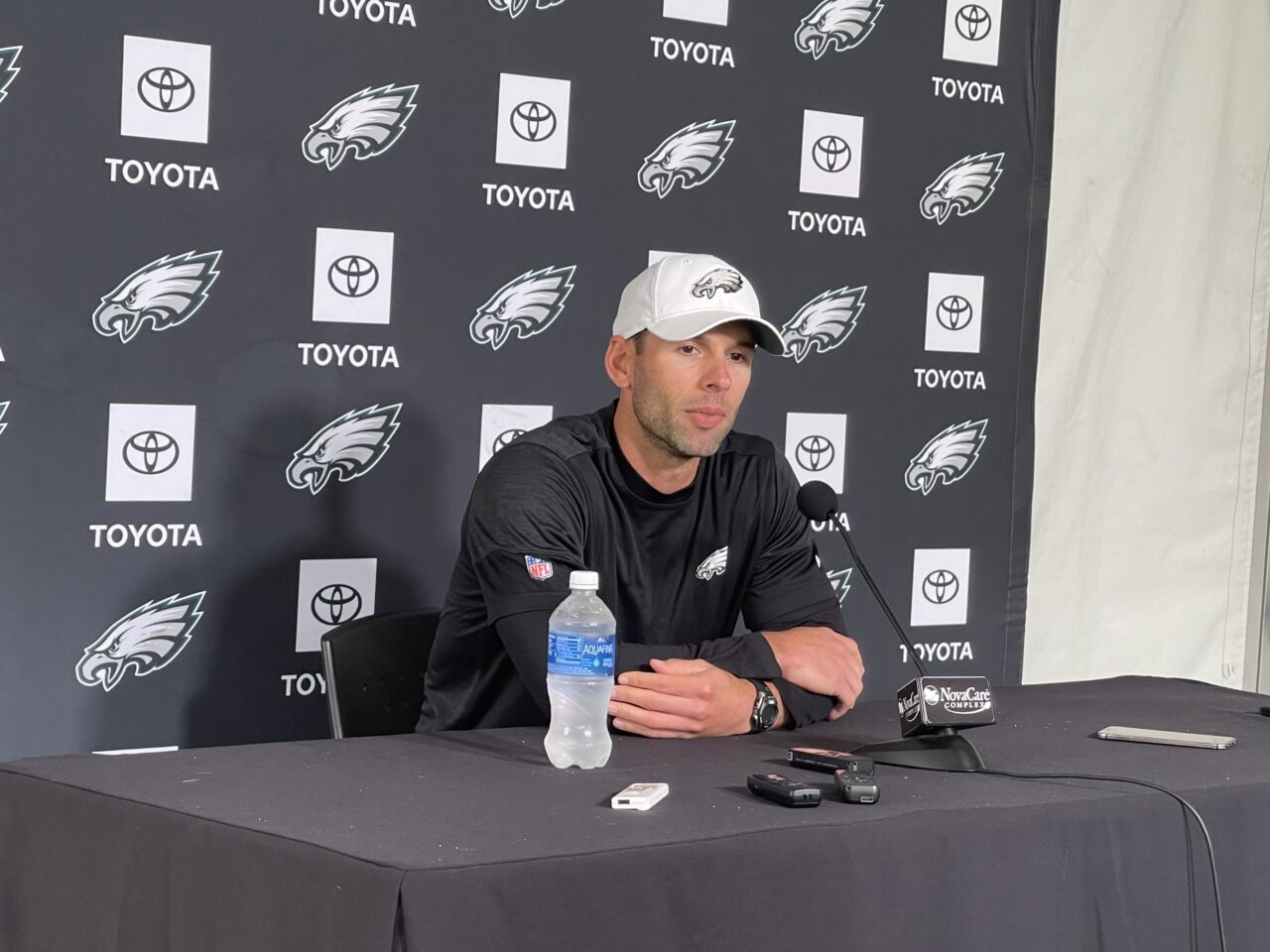 Geoff Mosher: “They’ve got to figure out – and I feel like and we say this every pod – some kind of No. 2 receiver role or complementary roll to Devonta Smith.”

Adam Caplan: “I don’t know yet. I’m a little bit disappointed that he has not had the production that I was expecting. Put it this way, I understand the running out of bounds and he needs to use his physical strength, he’s pretty well built. He needs to make himself a better pass target, where he commands the football. They need to use him differently. The guy is built, you can’t use him on crossers?”

Mosher: “That’s my point, the intermediary part. You got to get the ball in his hands, don’t just run him on Go routes. We bring up Deebo [Samuel] a thousand times but there’s gotta be ways to get the ball into his hands because I feel like if you do that, he can give you more steady production than just shot plays.

Caplan: “Slay was trailing [D.J.] Moore quite a bit in the game and boy they did a great job. They completely shut him down.”

Mosher: “I did see a couple snaps where it appeared to me that they were playing man on one side and zone on the other. I think that’s because they were matching up Slay on DJ Moore and then less worried about a singular matchup on the other side of the field in more of a zone look. This was the game that sort of illustrates Jonathan Gannon’s philosophy that it’s OK if we’re bending in the run, because it’s really hard for teams to go down the field 10, 11, 12, 13 plays without a penalty or a turnover, or a bad pass or whatever. The Panthers had some penalties but then they also had three turnovers.”

Caplan: “This [Tampa Bay team] is going to be a challenge for the young guys on the Eagles’ offensive line here with [Landon] Dickerson, [Jack] Driscoll, [Jordan] Mailata and [Andre} Dillard. They’re starting to get themselves together a little bit, they had a couple issues last week but overall not bad, but this is a much better defensive line. It’s a 34 front. Carolina did multiple stuff, too. But Tampa’s got a better front seven. The thing is though they don’t play as much man coverage as you think. They played plenty of zone, they’ll zone it up. They’re gonna have to play zone a lot because that’s what [Richard] Sherman does. Plus, they’re so down with corners because they’re missing a bunch of guys, they are gonna have to play zone and I’m gonna be intrigued to see how [Nick] Sirianni attacks that.”

Caplan: “These guys have to understand for the Eagles to pull off an upset –  and it would be major upset – the defensive line’s got to bring it. You thought they brought it last game, they got to bring it two or three fold. They’ve got to bring it and be relentless and make [Tom] Brady move off his spot. That’s the only chance you have because these Eagles are not deep enough.”