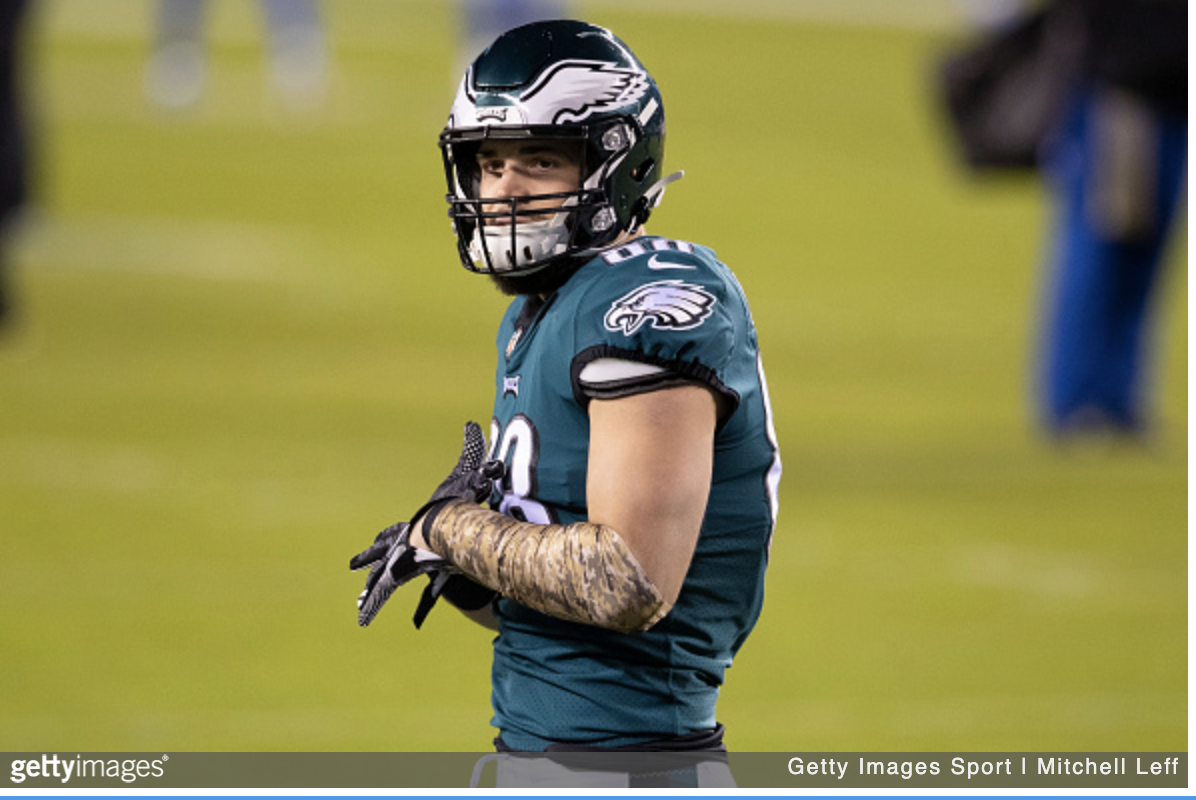 (Dallas Goedert could miss Thursday’s game vs. the Bucs being on the Reserve/COVID-19 list)

The Eagles are facing the real possibility that tight end Dallas Goedert won’t be available for Thursday night’s game against the defending Super Bowl champion Tampa Bay Buccaneers at the Linc.

The team placed Goedert, the third-leading receiver in yards, on the Reserve/COVID-19 list. If he’s vaccinated, Goedert would have to produce two negative Covid tests within a 24-hour span to be eligible to play against the Bucs along with being asymptomatic. The Eagles didn’t specify in their announcement if Goedert is feeling any symptoms.

Goedert, a fourth-year pro, has 15 receptions for 216 yards and is tied for the team lead with two touchdown catches. He’s averaging 14.4 yards per reception, second only to Quez Watkins among Eagles pass catchers with at least three receptions.

Nine-year veteran tight end Zach Ertz, who has been splitting reps with Goedert about 50-50, will likely see more playing time, but Ertz’s blocking isn’t his strong point. Rookie tight end Jake Stoll, an undrafted free agent, will likely see an increase in playing time as the Eagles will need someone other than Ertz to line up as an in-line blocker from the tight end position. Ertz has 14 catches for 160 yards and a touchdown.

Goedert joined offensive lineman Sua Opeta as players on the Reserve/COVID-19 list. Opeta, who was placed on the list earlier last week, has not since been removed.

The Bucs, last year’s Super Bowl champs, are 4-1 and just beat the Miami Dolphins, 45-17. The Eagles snapped a three-game losing streak Sunday with a 21-18 road victory over the Panthers.