Deebo To The Rescue?

There are no shortage of storylines in the NFL this offseason, which continued over the past week.

On the latest “Inside The Birds” podcast, Geoff Mosher and Adam Caplan discussed the latest news surrounding 49ers wide receiver Deebo Samuel along with the upcoming NFL Draft. 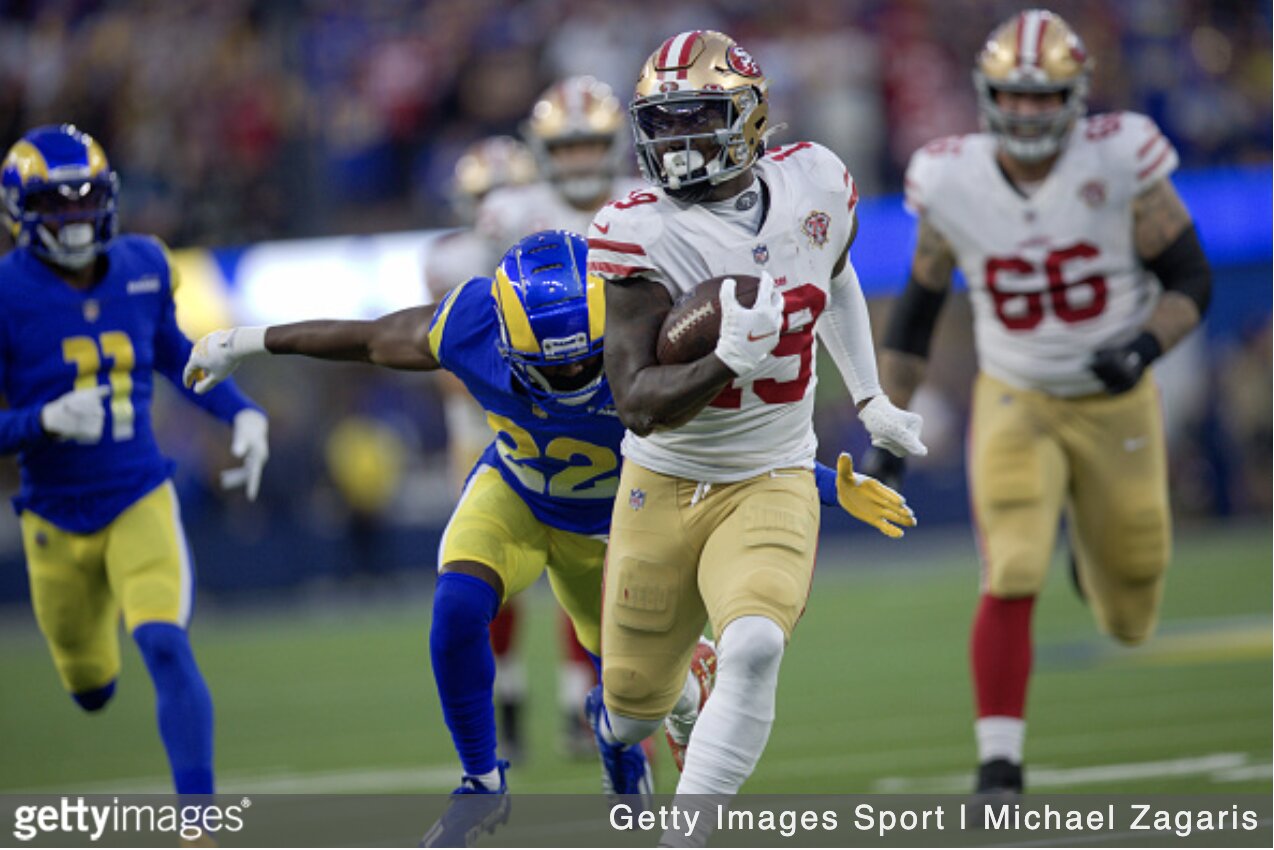 The cost and draft comp required to get Deebo Samuel would be exorbitant.

Adam Caplan: “Here’s the deal with Deebo Samuel – this is all what I got Wednesday from talking to some people who are involved in this thing. You absolutely, positively have to understand how to use him or else it’ll never work. He’s a certain type of receiver. He’s not a 9-route guy. Yes, he averaged nearly 19 yards per catch this past season, but that’s not really what he is. He’s a RAC [run after catch] guy. He’s perfect for Kyle Shanahan’s West Coast offense, which he learned from his dad. He’s strong, he’s tough. But if you don’t use him in the right way you’ll never get there and you’ve got to understand that… I know one team questions – I don’t know if they talked to the Niners yet – but they do wonder if he’s upset about the way he was used. Here’s why: Over the final eight games – this floored me, I didn’t realize this, I knew it was a little out of hand but this is crazy – he had nearly double the amount of carries that he had receptions over the last eight games. Fifty-three carries, 20 receptions.”

Geoff Mosher: “From an Eagles perspective, is [Samuel] worth giving up a first round pick for? I think so. Even if there’s an agreement that you’re not going to use him as a running back and he’s just going to basically be your “X” receiver. Yeah, I think he’s that good. I guess I would have to know from his agent what exactly he does want from a contract extension, first. I mean, he is one of the top receivers, so you’re gonna have to pay him in that $19 to 20 million a year range or more.”

Caplan: “It would be hard to play to that level but Sauce Gardner, I know he’s not going to go No. 1 to the Jaguars but if someone wanted to trade up to No. 1 and took him, I got no problem with that. He’s the best player in this draft.”

Mosher: “I have a feeling [Gardner and Derek Stingley Jr.] are going to pan out. But you know, I’ve thought that before about some of the other guys.”

Mosher: “There was a trend of Howie Roseman addressing the media, using the phrase ‘following the board.’ It’s almost as if that’s been an issue at times in the past. We’ve been through that already but clearly that is a big sticking point for Howie Roseman. Everybody always says they want to follow their board. It’s what happens in the heat of the moment when you’ve got some really good players or you get a trade call or maybe your owner suddenly likes a guy. Then it becomes a little bit tougher. That’s easier to say the week before.”