The Eagles have officially locked up a playoff spot for the first time in the Nick Sirianni era.

On the latest Inside The Birds podcast, Geoff Mosher and Adam Caplan discussed the win over Washington and the big-picture meaning of the Eagles making the postseason after starting the season 2-5. 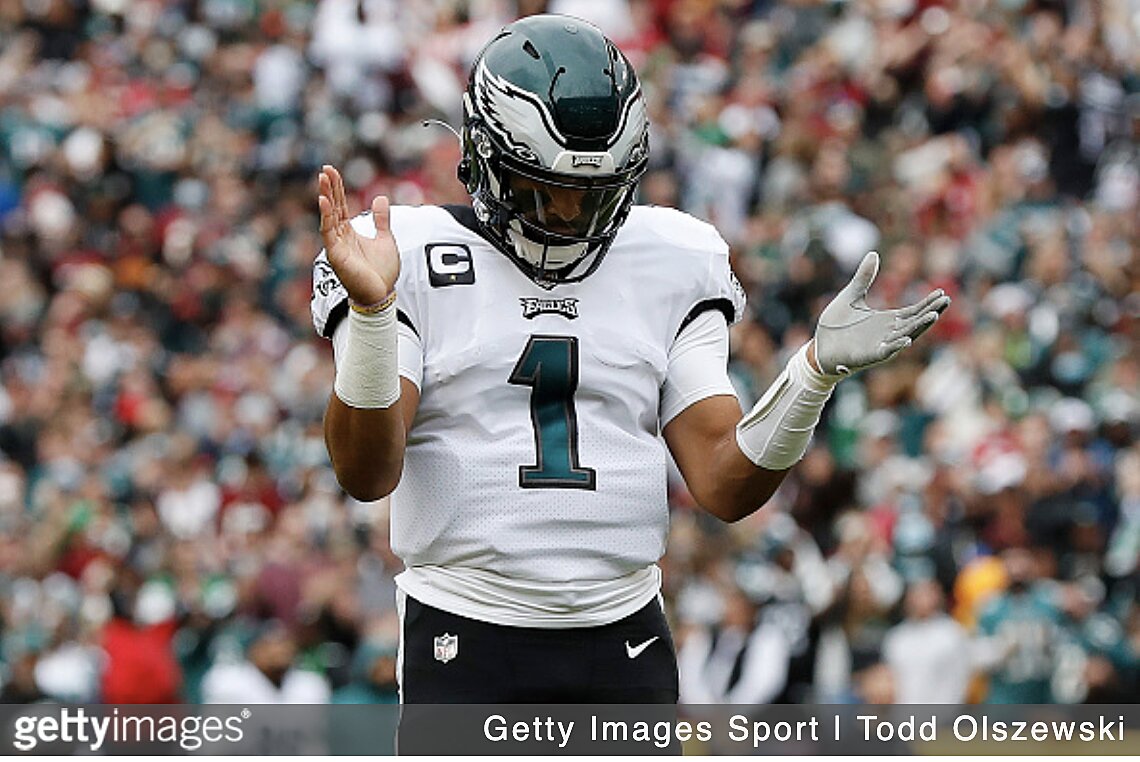 Geoff Mosher: “The Philadelphia Eagles are going to the playoffs. Back in August, we didn’t think this was a playoff team. Back at the end of October, it certainly didn’t look like a playoff team. We did acknowledge the lightness of the schedule, but I got to give the Eagles a lot of credit. Nick Sirianni, Jonathan Gannon and everybody from top to bottom. Again, are they a great team? No. But the bottom line is: they’re in the playoffs. I think for people enjoying this year for what it is, there’s a lot to take from that.”

Caplan: “With [Jalen] Hurts, he didn’t throw a touchdown pass but I still felt he played solid football, winning football. The term I came up with watching it was efficiency. He really was, his passer rating was about 91, which is solid, not spectacular, but he was solid. He made some good throws in the game. I know for a fact, particularly in the first half, he missed some throws that were there, but that’s just been his story. But he also made some really good throws in the game and another thing that’s super important is no turnovers. No turnovers, I cannot tell you how important that is.”

Caplan: “Josh Sweat was fantastic. I don’t go by just sacks because sacks are just individual plays, it’s about constant pressure and he got after it. We’ll get the pressure stats on this one but he was all over it. He did a very good job.”

Mosher: “I thought Josh Sweat was actually the player of the game, to be honest with you. I think that the game turned after the Eagles were down nine at halftime, they come back, they get a touchdown on their first possession to make them down two. Then Washington gets it and I think Sweat was part of a committee of people that stopped [Jaret] Patterson on first down and then on third down Sweat sacks Taylor Heinicke – or he split that one – but he got a lot of pressure on that.”

Caplan: “They gave [Taylor Heinicke] too much space and this has been the story of the season when they’ve given plays where you go, why did that happen? It’s typically because of coverage, they’re giving up too much room. Now [Jonathan Gannon] will say it’s execution because, for coaches, that’s the catch-all – to never tell the truth. It’s execution, well no kidding, my mom could say that. But look, they found a way to win. The second half, their defense, they got after it, man. It was pretty fun to see their energy and I give them credit.”