As the 13-2 Philadelphia Eagles enter the final two weeks of the regular season, they must adjust to major injuries and clean up communication issues in the secondary.

On the latest “Inside The Birds” podcast, Adam Caplan and Geoff Mosher provided injury intel along with sourced All-22 film review from Week 16’s loss to the Cowboys. 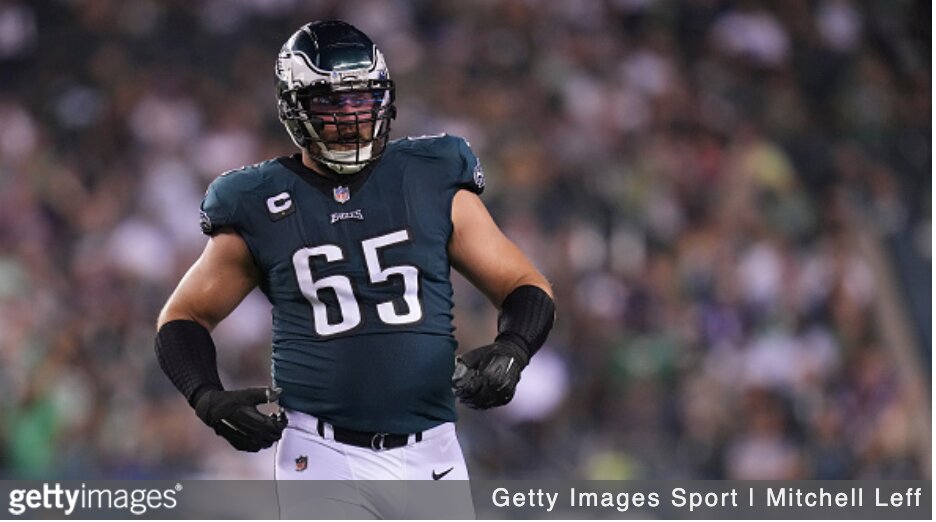 Eagles OT Lane Johnson is trying to play through a torn tendon in his groin.

Geoff Mosher: “We both got the same intel that it’s not looking very good against the Saints because he’s really not doing a whole lot. He still has discomfort in the shoulder and it’s prohibiting him from getting out there and doing much.”

Adam Caplan: “I know he’d love to play, obviously. He just has to show he can do everything. This is his right throwing shoulder… And then the other thing is he has to protect himself. The worst thing that can happen is if he takes a hard shot at that shoulder. Doctors will be involved, the medical staff will be involved, and they’ll evaluate it. It’s out of (Nick) Sirianni’s hands. It’s a medical decision.”

Mosher: “He has a partial tear in that tendon, that’s what the initial MRI revealed. We’re told it’s in the groin area. What we understand is this injury typically takes about three weeks to recover from. If all goes well, he can rejoin them for their first playoff game. But, as someone who I spoke to who knows a lot more about these injuries than I do said, there’s always a risk that if you’re further evaluated or the injury worsens, that it could become more of a tear that would require a sports hernia surgery, and if that happens, that’s the type of surgery that shelves you for the rest of the year, playoffs included. That’s the worst-case scenario.”

Caplan: “It’s four to six weeks for that surgery. When players come back, they’re generally very sore. You want to avoid surgery; they hope the treatment works. The best-case scenario is if they get the bye, which is highly likely, he’d be ready from there. They have two choices: they leave (Jack) Driscoll in there, he replaced him [against Dallas], or they move (Jordan) Mailata, who has played right tackle before and they go with (Andre) Dillard as their left tackle. I know that (Jeff) Stoutland typically likes to keep things as they were, but the question is aren’t they better off playing the two best players here? Driscoll right now is not the best player of those three.”

Mosher: “He has a severe toe injury; it involves a fracture. And then also, there’s some tendon issue going on there as well, which really complicates it. From someone who knows, that’s about a four-to-eight-week injury, but that depends on whether or not he needs a procedure. If he needs a procedure done, you can pretty much say he’s done for the year.”

Caplan: “He was very decisive. He processed really well. This was a big deal for him, and he handled himself really well, was clean with the football, no pre-snap issues. With his cadence, you worry about that.”

Mosher: “[On the third-and-30] I know some people want to blame Darius Slay and say he should have been more heads up, but Josiah Scott is the culprit here. You were supposed to have Scott and the two safeties deep, but for whatever reason, Scott was trying to disguise the coverage, which you don’t need to do on 3rd-and-30.”

Caplan: “They had a lot of problems with communication in the back end, carrying. This has been uncharacteristic of the group. This was just a bad game. Someone gave me this from tape study: When you’re playing Reed Blankenship and Marcus Epps at safety, you’re having two guys who are more in the box, two smart players, tough, good tacklers, they’ll hit, they’re not coverage safeties. Then you take Maddox out of the lineup, you’re in trouble. You just don’t have the coverage guys there. Since (C.J.) Gardner-Johnson got hurt, they have one interception. They don’t have an instinctive ball hawk back there.”

Caplan: “Sweat was great as a force player versus the run, he’s so underrated in that area. Because of that knee that was shredded in high school, he takes these giant steps and longer strides, he’s got it down. [Dallas] had trouble with him.”

Mosher: “He has been unbelievable this year. The Eagles have done a really good job of getting the most out of him and his development, yet still carefully monitoring how much he’s going to play. When he signed that contract two years ago, he was a situational pass rusher who was playing 35-45% of snaps per game, and we wondered about that knee and how they were monitoring him. Now, it feels like he’s out there all of the time, but he’s actually only averaging 60% of the snaps, whereas Haason Reddick plays 72-75% of the snaps. They do a good job of getting B.G. (Brandon Graham) and Patrick Johnson in there in these little spurts to give Sweat a little bit of rest.”