In their 40-33 win over the Green Bay Packers on Sunday night, the Philadelphia Eagles showcased an offense that’s taking major steps forward and a defense that took a step back.

On the latest episode of Inside The Birds, Adam Caplan and Geoff Mosher provided injury updates and sourced intel from the All-22 film on the latest victory. 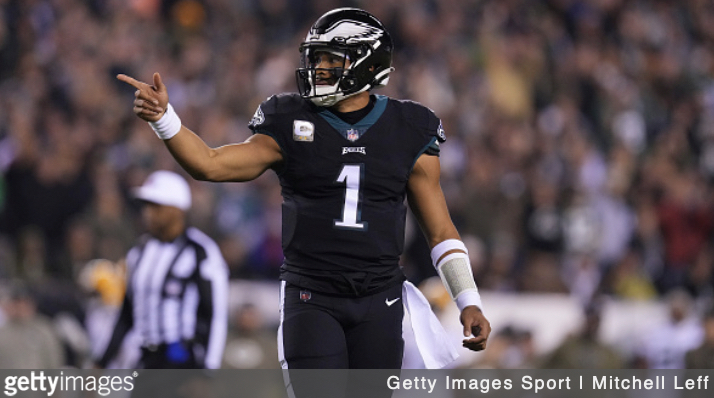 Adam Caplan: “I don’t want to say it was similar to Zach Ertz’s (injury, from 2019), because I don’t know the degree of tear. On Zach, I went back to my notes, the source we spoke with deemed it a minor laceration of his kidney and one fractured rib…with Gardner-Johnson, we have not heard that it is a fracture. There’s something going on with the rib, because they said it was a rib injury during the game and the testing Monday showed a lacerated kidney. He’s week-to-week. Obviously, if he goes on IR, they think it’s significant enough that he’s going to miss four games. That would take it to Week 17. It’s the Reed Blankenship show until he returns right now.”

Caplan: “He has gotten rid of a lot of bad habits. There were some plays where he ran early in the game which were not designed runs. I think he saw the formation and thought he had to go there, there’s so much room for him to run. He did that and he picks and chooses his times to bail. How can you question it? He was so dynamic in this game. His juke moves, it looks they got him and he goes to the left and leaves them to the dust, make these unblocked defenders move. The key to a great runner is to make unblocked defenders miss. This was one of his best games as a professional running the football.”

Geoff Mosher: “The spatial awareness that he shows when running the ball, it’s really difficult because you have guys coming at you from different angles. Hurts sees it and he just knows. He has a great sense about him. One of the reasons why he has been so great at throwing the deep ball this year as opposed to last year is that it goes back to the arm. He does not have the most elite arm, but you don’t need one, you just need to be able to throw with your feet set and with the right mechanics. He’s not running a lot while he’s making these throws downfield, he’s getting a nice pocket, he’s being decisive, so his feet are set and his arms don’t go up and then drop. He has the right form to make the throw and his feet are in the right place. He must have worked so hard on that in the offseason because he’s been doing it since day one since OTAs and training camp.”

Caplan: “They blocked really well for the run game. This was probably their best game. It takes a village, as they say, for the offensive line which was dominant. The Packers helped them out a little bit with terrible gap control, lunging at tackles, terrible wrapping up, but you also have to block well for the run game. Jeff Stoutland as the run game designer with Jemal Singleton are doing an excellent job together.”

Mosher: “You can make the argument that the threat of Jalen Hurts helps Miles Sanders, but anyone with two eyes who watched Miles Sanders play in this game knows that whatever he’s getting because of great offensive line play or the threat of Jalen Hurts, he’s also running through contact, he’s maintaining his balance, he doesn’t go down on the first hit. He’s running really hard this year.”

Caplan: “Linval Joseph did not play as well. He did not move as well…Fletcher Cox was the story. He played very hard and his energy was up through most of the game. Something is going on with Cox and the energy.”

Mosher: “One of our sources said if you watch Ndamukong Suh play in that game, there was a lot of meat left on the bone, a lot to be desired. It was not like his first game at all. Cox played with energy and desire. I thought the bigger runs came against them in their nickel front. Some of them were in the 5-1 look where it’s a one-linebacker defense. A source told me that’s really not a good plan for this defense against teams that want to run the ball with big, powerful guys.”