‘That’s Not A Winning Recipe’

After 10 weeks, the Philadelphia Eagles’ magical undefeated run has come to a halt.

The NFC East-rival Washington Commanders handed the Birds their first loss in a 32-21 defeat at the Linc on “Monday Night Football”.

On “Inside The Birds Postgame Live,” Adam Caplan and Geoff Mosher were joined by Eagles Hall of Fame Offensive Tackle Tra Thomas to break down the prime-time loss. 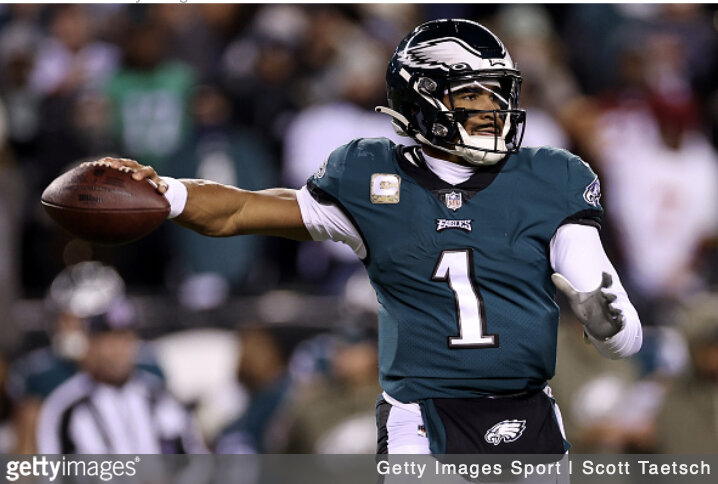 Geoff Mosher: “I know everybody is fixated on the run defense. One hundred and 52 yards is a lot but 3.1 per carry is not great. I felt the Eagles were more hurt on the response – what happened after they established the run, and that was the play-action pass and the deep pass.”

Caplan: “You look at the first half, the Commanders ran 51 offensive plays to the Eagles’ 19. When the Eagles had it, they moved the ball really well, but [the defense’s] inability to get off of the field is crazy. [Washington] had not been a very good third-down team, but they had a plan. They were going to run against them and not ask Heinicke to throw the ball a lot and it worked. The Eagles could just not get off of the field.”

Tra Thomas: “You go back and you look at the track of plays and you had four drives in this game that had over 10 plays, you had 12-13 plays, you had a 16-play drive. How can you win against that? When an offense is going out there and sustaining these long drives, you have to find a way to get off of the field.”

Thomas: “You can’t play with all of that cushion giving up all of that ground. When you give up that much space, especially with the cornerbacks that we have, they’re at their best when they can get up there and throw the receivers’ timing off. But when they play off like that, I don’t care if you play Cover 2, man, zone, whatever you’re going to play, if you give up that much space the receivers are going to pick you apart. You back and look at it, we’re playing five, six, seven yards off of the receiver, that’s not a winning recipe. It’s like you’re trying to protect them from getting beat over the top, but you end up getting beat any way because you give up so much room.”

Thomas: “It didn’t seem like they were in sync. A couple of passes were just off. Some of the timing was off. To me, it looks like some of the throws were behind the receivers. That’s more of a timing situation. That’s what happens when you have all of this time off and the practices are lax and you don’t get that full speed rhythm.”

Mosher: “Not just the interception, but there was a slant that (Benjamin) St Juste did a good job of jumping in front. He just didn’t seem to have his normal juice.”