The Philadelphia Eagles are now 8-0 for the first time in franchise history.

The team overcame mistakes and relied on a balanced offensive attack to defeat the Houston Texans, 29-17. 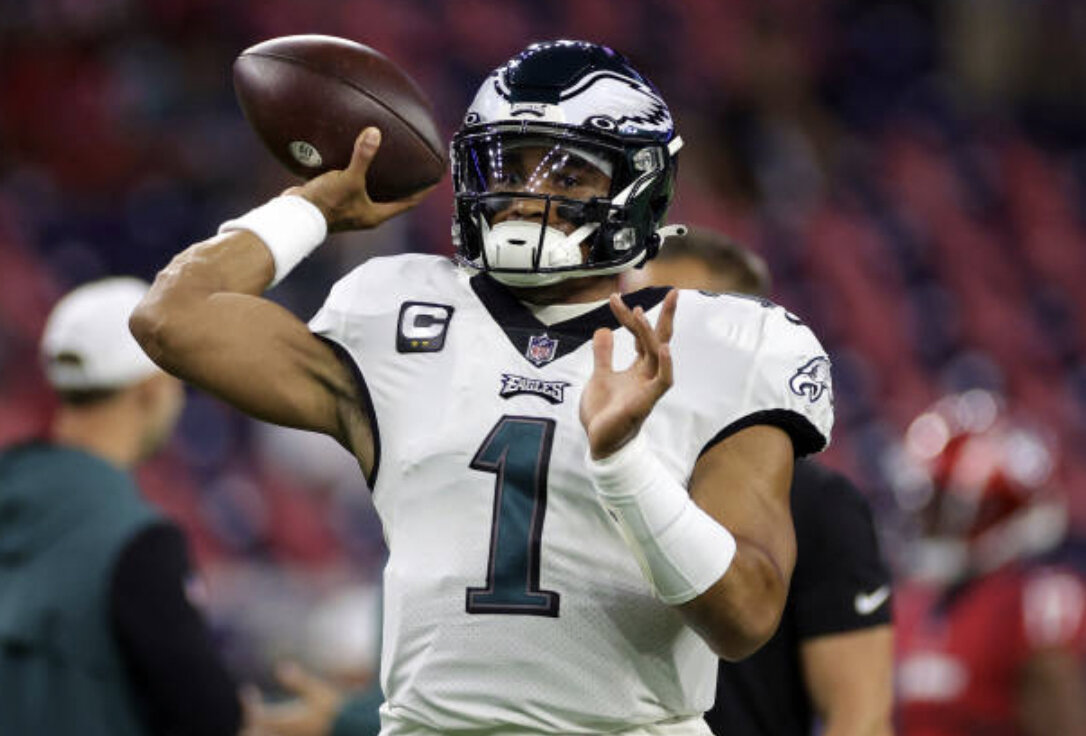 Tra Thomas: “One of the things that was giving me a couple of issues was Jordan Mailata giving up two sacks, Lane (Johnson) giving up a sack. The first sack came because you snapped the ball at the wrong time. That’s something that definitely needs to be cleaned up, because that shouldn’t be happening.”

Geoff Mosher: “There were a couple of snaps that looked like they caught Jalen Hurts by surprise. He completed a pass on one of them, but I think they showed on the replay that if everything had been in good sync, he might have had a touchdown along the right side to Jack Stoll.”

Mosher: “What I saw was a lot of bad tackling, especially in the secondary. The defensive line had their issues as well, but I thought the opportunity to bring down Dameon Pierce after he would get a yard or two is really where they were getting hurt.”

Adam Caplan: “They got killed in gap integrity. Between the missed tackles – and there were many – there were some runs where I don’t think he was touched for six or seven yards. With Jordan Davis out of the lineup, we could say he hasn’t been as good as people think, but he’s a big guy. When Marvin Wilson and Milton Williams were in there, [Pierce] gashed them really badly.”

Thomas: “If you go back even last week’s game against Pittsburgh, gap integrity was extremely big for them. You had guys not trying to overdo anything, they just came in and took care of the A gap, B gap, C gap, the safety comes down and fills the hole, then you have a stuffed run. I felt there were times [tonight] where players just got out of position and weren’t where they were supposed to be. And then no one – and I mean no one – wanted to tackle Pierce once he got out there to the second level.”

Mosher: “When all is said and done, Houston racked up all of these rushing yards, but they only got 17 points out of it. The bigger stat that reflects what the Eagles did today was on third down. Houston was 2-of-9, 22%. That’s sort of this team’s philosophy: move the ball all you want on us on the ground but when you have to pass the ball, which you eventually will, we will come after you and you saw that’s what they did. I really don’t have a beef with Jonathan Gannon for this game.”

Caplan: “The difference between Hurts last year and this year was that Hurts was just so inconsistent and indecisive. This year he’s so decisive. He rarely does not know where he’s going, that is so important for a young QB.”

Mosher: “He threw a couple of corner route throws where even from the camera angle I kept thinking I don’t know how he saw over his right tackle, but if you know where you’re throwing the ball and where the ball has to be, that’s 50% of the game right there before you even throw.”

Thomas: “You’re throwing at spots on the field and you know where that receiver is supposed to be. They have run that route so much that he knows where exactly he needs to put that ball on the field. Jalen is just out there playing the game and I think that the game has really slowed down for him. He understands where he’s throwing the ball and reading the defense. I think the coaches have done a good job of working towards his strength.”

Caplan: “People acting like the Eagles have no interest in bringing Sanders back, I don’t know where that’s coming from. Would they have all of the leverage? Yes, he’s a running back and the Eagles would walk away from any running back. That’s one position they have no problem walking away from. But they drafted him, this is their own guy, high-character guy, he’s staying healthy and playing well. This is a consistent year for him, he’s not trying to break everything big. I know they have a lot of free agents, but I would not write him off.”