While the Philadelphia Eagles are set to return to the field Sunday, eyes are on their off-field moves as the trade deadline nears.

On the latest episode of the Inside The Birds podcast, Adam Caplan and Geoff Mosher discussed the latest roster moves, looked ahead to the trade deadline, and gave an early preview of the team’s next opponent Pittsburgh Steelers. 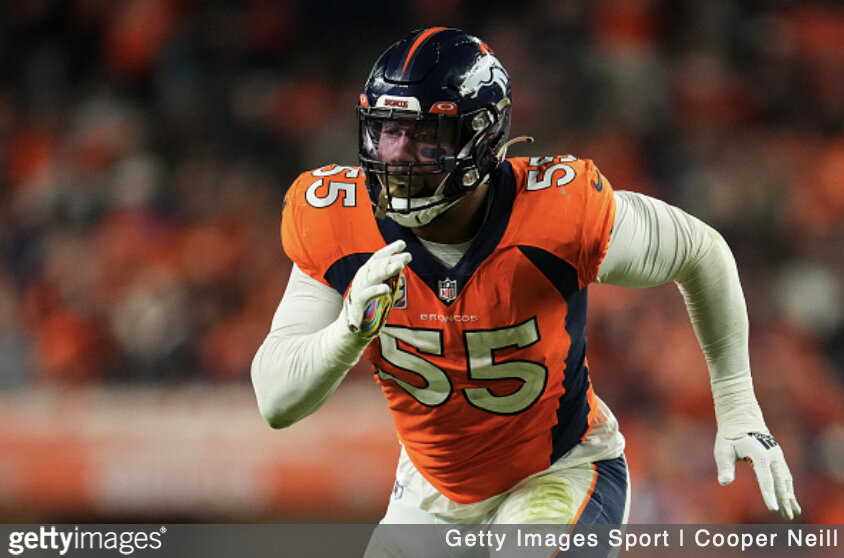 Denver Broncos star edge rusher Bradley Chubb could be on the move. Is there room in the Philadelphia rotation?

Geoff Mosher: “The first thought that entered my head when they brought Greg Ward back was: why? After he got hurt and was released, they had already seemingly moved on because at punt returner they had already kept Britain Covey and they also had Devon Allen on the practice squad. And at receiver, they have five receivers already on the 53 – and then they have Auden Tate, Devon Allen and Deon Cain on the practice squad. We do know that Britain Covey’s had some issues on punt return in general and you wonder if they’re bringing him back in case they need to go make a switch there.”

Adam Caplan: “Here’s the thing with Greg Ward. The issue is he fair catches way too much. Covey is more explosive in the short area. Ward is an experienced guy, he can only punt return. Covey can do both but he’s a better punt returner.”

Mosher: “I think with Greg Ward, it’s not that you’re looking for better returns. It’s not like Britain Covey is in trouble because he’s not averaging a high enough return value, it’s does he have more issues putting the ball on the carpet to the point where the coaches say, ‘We’re such a good team, the last thing we need right now is giving the opponent a second opportunity because we can’t field a punt?'”

Caplan: “Someone reached out on Twitter and asked if we could discuss where they should trade Dillard. I’ve gone back and forth on this thing; I don’t think you can do it. I don’t know if I would even do it for a second [-round pick]. I just don’t think Jack Driscoll is a left tackle. He had some anchoring issues in the game that he started. He’s a good backup, better off at right. I don’t think he’s strong enough. Would you do it for a second?”

Mosher: “I really don’t think I would at this point. I consider that a chips-on-the-table type of move that you’re not making. Instead of making a move to strengthen your team, I consider this an all the chips are in, we’re not trading our backup left tackle who we think can start for us and we can win games with if we’re worried we can’t win a championship with Jack Driscoll at left tackle and then one more injury away from really being backs against the wall at that position.”

Caplan: “What Roseman does really well is he wants to know what teams are asking for. I remember Joe Banner telling me it’s really great intel for the future if you’re trying to track what the value for a trade would be for that position.”

Caplan: “I believe he’s available based on what I have heard. He’s had an injury history, but very gifted. To justify the trade – and I don’t know what Denver would take – he has to play a lot. If you’re trading for Bradley Chubb, he’s starting and you would have to play him a bunch of snaps.”

Mosher: “So who would he play over? He would have to play over either Haason Reddick or Josh Sweat. And you can’t even kick one of those two guys inside on a four-man rush because then you have to take either Javon Hargrave or Fletcher Cox off of the field.”

Caplan: “Johnathan Hankins is a nose tackle. He was a good run stopper, he’s sort of in the twilight of his career. He was backing up for the Raiders. The Cowboys get depth, they had a couple of guys get banged up. He’s a zero-technique player, he plays over the nose. What the Cowboys did is they traded a sixth rounder and they got Hankins and a seventh rounder for 2024, that’s an easy trade. If you want depth, that’s the kind of trade that goes down.”

Mosher: “He’s not what he used to be, but if he’s in there playing first and second down a few times, that helps their defense a little bit. To me that’s a good move for the Cowboys, really no downside to it.”

Mosher: “Although he is turning the ball over at a rate that’s common among rookie quarterbacks, I have seen improvement in their offense, as opposed to when Mitch Trubisky was a passer – in ball distribution, placement, accuracy, attacking defenses vertically and in the middle of the field, too, that Mitch was not doing at all.”

Caplan: “The thing I love about Pickett: he’s super aggressive. Not everyone is going to have a cannon, but you have to be willing to make throws. He’s not bashful for a rookie.”