ITB Fantasy Football: Get These Rookies Before It's Too Late

By this point in the fantasy football season, owners should be preparing trade proposals to catalyze late-season surges as well as stashing crucial handcuffs and potential lottery tickets at the back end of rosters.

Let’s explore some roster moves and lineup decisions that should help your team prevail in Week 7: 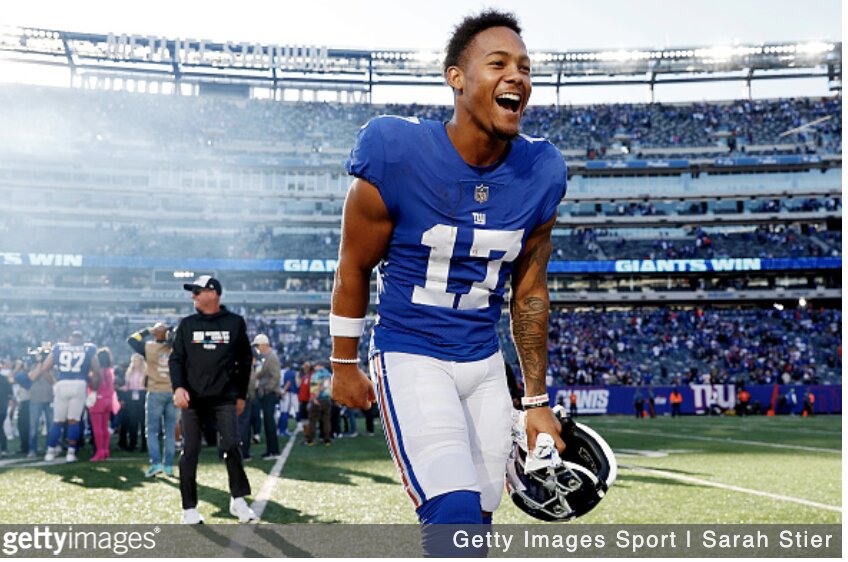 WR Alec Pierce, Indianapolis Colts: One of my favorite wide receivers to come out of the 2022 draft class, Pierce has come on in recent weeks and his production should no longer be ignored. The Colts’ second-round pick has compiled 15 receptions for 210 yards and a touchdown (22 targets) over the past three weeks. The Colts’ aerial attack seems to be finding its footing, and playing opposite Michael Pittman Jr., Pierce should continue to benefit from single coverage.

WR Wan’Dale Robinson, New York Giants: Robinson remains a work in progress and wasn’t afforded a ton of volume in his second NFL game, but the rookie’s talent and upside is evident. Against the Baltimore Ravens, Robinson snared three receptions for 37 yards on four targets.

RB Rachaad White, Tampa Bay Buccaneers: White has appeared in previous columns, so consider this a last call as we move deeper into the fantasy season and potential waiver wire gems become increasingly scarce. White only touched the ball seven times last weekend but did yield four targets in the passing game. Add him to your rosters wherever available as a valuable handcuff and potential late-season lottery ticket.

TE Robert Tonyan, Green Bay Packers: On the heels of commanding a 26.6-percent target share and recording 10 receptions for 90 yards in the Packers’ 27-10 loss to the Jets, Tonyan appears to be settling into a prominent role again within the Green Bay passing game. With so few receiving threats on the Packers’ roster, Tonyan’s uptick in production  is a trend that figures to continue.

TE Greg Dulcich, Denver Broncos: Dulcich burst onto the scene in his NFL debut last week, reeling in a pair of receptions for 44 yards and a touchdown on three targets following his Week 6 activation from Injured Reserve. While his developing rapport with quarterback Russell Wilson is worth monitoring, Dulcich should also be rostered in deeper leagues given the insufficient tight end depth on the waiver wire.

RB Deon Jackson, Indianapolis Colts: With Nyheim Hines – and potentially starter Jonathan Taylor – returning to the Colts’ running back stable this weekend, Jackson is listed here as more of a deep stash in the event of a setback. The second-year pro demonstrated his value last Sunday in the Colts’ 34-27 win over the Jaguars, carrying 12 times for 42 yards and a touchdown and adding a staggering 10 receptions for 79 yards.

TE Daniel Bellinger, New York Giants: With the exception of a handful of upper echelon players, the tight end position is widely regarded as a wasteland from a fantasy football perspective. Bellinger is the latest to emerge as of late, logging seven receptions for 60 yards and a touchdown (8 targets) over the past two weeks. As long as Bellinger assumes the safety outlet role for quarterback Daniel Jones, he should be monitored.

RB Kenneth Walker III, Seattle Seahawks: A date with the Chargers’ defense has been an ideal scenario for fantasy running backs thus far. Over the past two weeks, Walker has recorded 185 rushing yards and two touchdowns. In his first week as a starter, the Michigan State product handled 21 carries.

RB Eno Benjamin, Arizona Cardinals: While running back James Conner a game-time decision for Thursday Night Football, all signs point to Benjamin (foot) being full go. Benjamin failed to reach the end zone last week in Seattle but touched the ball 18 times. Monitor Conner’s status, but if the backfield solely belongs to him on Thursday night, he’s a no-brainer flex play.

WR Allen Lazard, Green Bay Packers: A leaky Commanders secondary will struggle to contend with Lazard, who has scored a touchdown in four of the Packers’ last five games.

WR Chris Olave, New Orleans Saints: Fully cleared from a Week 5 concussion, Olave figures to see a bulk of the New Orleans pass targets with Michael Thomas and Jarvis Landry out. Though I don’t love the matchup – especially on a short week – this one is all about opportunity. Plug Olave into your lineups this week as a solid WR2.