The biggest questions for the 6-0 Philadelphia Eagles following their 26-17 victory over the division rival Dallas Cowboys are if this level success is sustainable and what improvements need to be made.

On the latest episode of the Inside The Birds podcast, Adam Caplan and Geoff Mosher shared sourced intel from the All-22 film on the latest Eagles win. 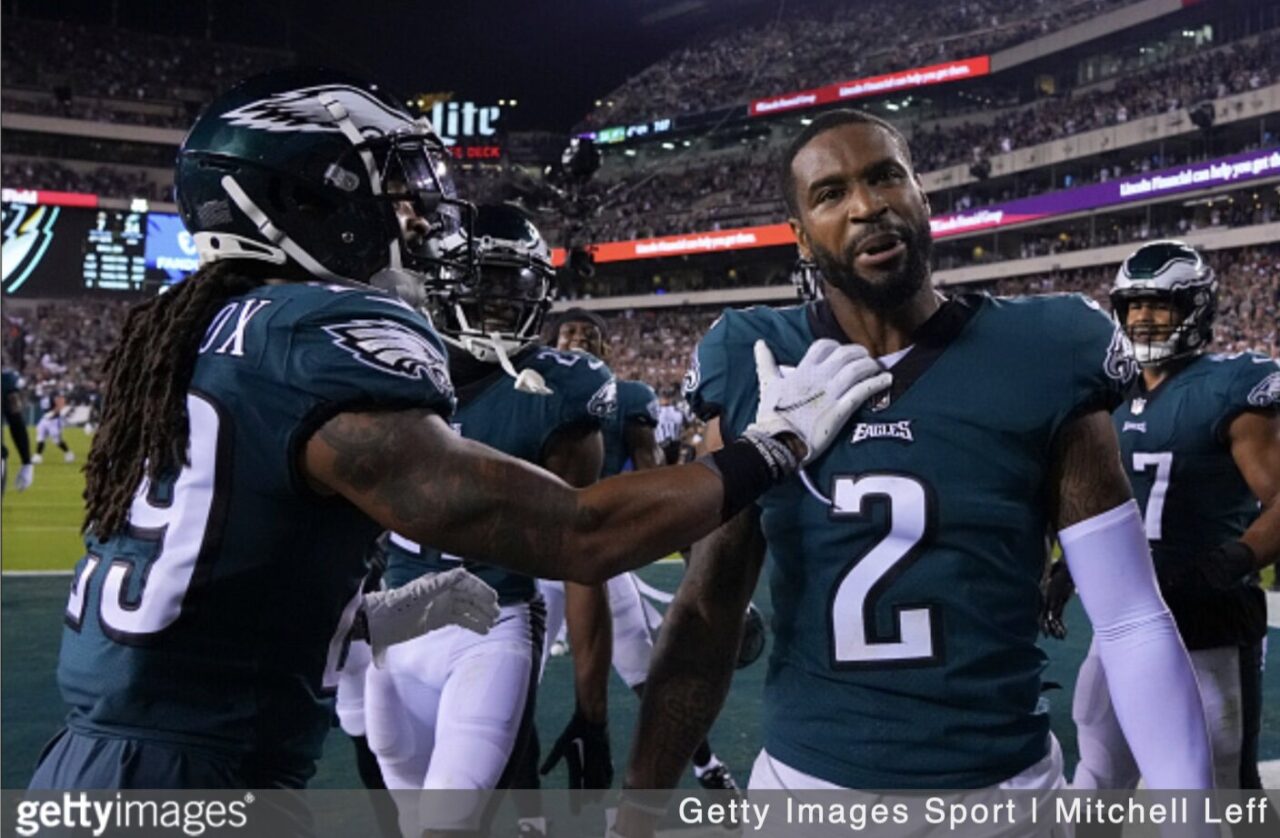 Thanks to the secondary, the Philadelphia Eagles lead the league with +12 in turnover ratio.

Geoff Mosher: “There are a lot of reasons why the Eagles are 6-0 and at the top of the NFC East. In my mind, unquestionably, is turnover ratio. Turnover ratio wins games. They’re so lopsided: Plus-12. I don’t know if the takeaway number they have is sustainable, but I really admire how the team, and Jalen Hurts in particular, protects the ball.”

Adam Caplan: “This was the first game where they were not taking shot plays. The coaches may argue there weren’t any there, it’s hard to argue against that. The tape didn’t show that there was a lot of opportunity. To me, it was very clear that they were coming in and get these linebackers in conflict…Hurts was really good in the first half in terms of executing the short area-passing game off of the RPO.”

Caplan: “We had said all along he’s a right tackle/guard, best at right tackle, probably. As you would expect, [Dallas] made sure they overloaded his side or made it hard for him. They ran different guys at him – which is good coaching – and he had some struggles with it, but he’s getting good snaps here. I think in the second half, they gave up some pressures, they gave up some plays which they’d probably like to have back.”

Mosher: “I’ll give the staff credit because they took something that wasn’t broken and changed it a little bit anyway, and I think it’s been good. They were a two-man rushing operation last year, three-man if you count the QB. This year, as you saw on Sunday night, they’re not afraid to use three running backs. They used Boston Scott, Kenny Gainwell and Miles Sanders. I don’t know if you’re getting anything different, but it doesn’t matter because you’re getting positive yards.”

Caplan: “They mixed up their coverages really well. They made (Cooper) Rush indecisive, he made some boneheaded decisions and they got him…Their man coverage was up, their zone exchanges were good, the communication was good.”

Caplan: “What’s happening here is some of the players like Fletcher Cox and (Josh) Sweat are so used to getting vertical, they’re not used to playing flat or playing read and react. It’s just a mindset that you have to retrain your brain differently than what you were taught. It’s not going to happen overnight for these guys. It’s different this year because they’re running the full (Jonathan) Gannon defense like he wants to run it. He’s not making many concessions like he did last year to get Cox comfortable. Seventy five percent of the time they are doing it like they’re taught. The fact of the matter is to play flat, there’s a certain way you have to read and react.”

Mosher: “When they do get run on, there’s a specific reason. They don’t get run on in the five-man front because the offensive line can’t double team anybody. When they are in their nickel front, they’re not a good tackling team. I think they’re among the leaders in the NFL in missed tackles. When their front gets double teamed and driven off of the ball, those smaller linebackers are now behind the 8-ball, their gaps are tougher to get into, and they have to make a lot more head on tackles. Kyzir White and TJ Edwards are not the biggest guys and their safeties are not real true strong safeties. If a back like Zeke, or a good offensive line like the Cowboys have, when they can get those guys into that second level, that’s why you see those runs get extended.”