Four weeks into the fantasy football season is generally an ideal time to re-evaluate your roster and proactively contemplate changes.

While it’s still too early to panic, or feel overly confident, regarding the state of your team, transparency is vital in this season-long quest for fantasy football supremacy.

Let’s take a look at some roster maneuvers to replenish those lineups and explore some decisions that should ensure a crucial Week 5 victory: 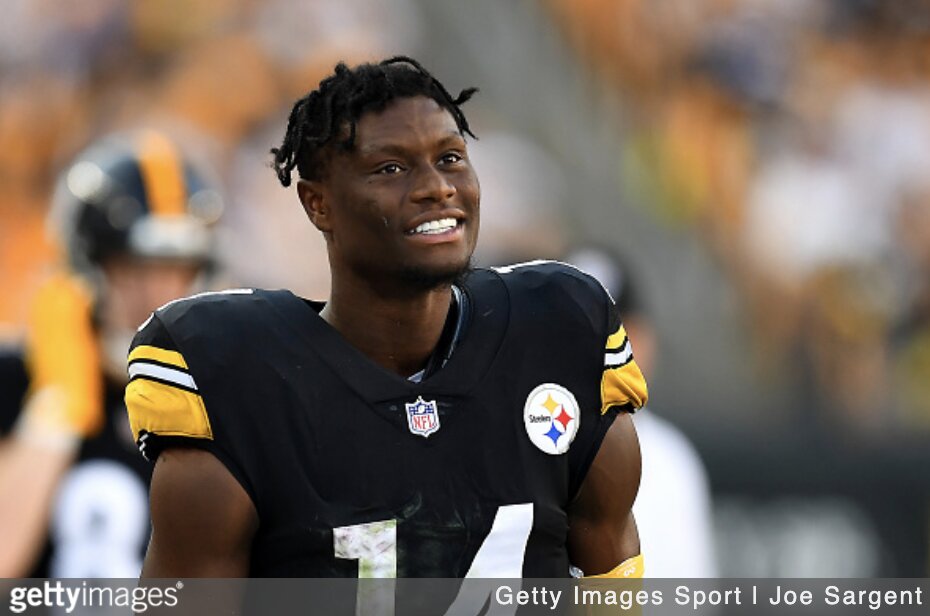 WR George Pickens, Pittsburgh Steelers: My top add this week, and a player I was bullish on in drafts, Pickens will be the primary beneficiary from Pittsburgh’s quarterback change to Kenny Pickett. The 6-foot-3, 200-pound Pickens is the most physically gifted among the array of Steelers pass catchers, and his blend of body control, alpha mentality, and contested-catch prowess should ease Pickett’s transition.

WR Michael Gallup, Dallas Cowboys: Upon his return to the lineup, Gallup logged two receptions for 24 yards and a touchdown (3 targets) in the Cowboys’ 25-10 win over the Washington Commanders. Gallup offers a unique skill set that lends itself to explosive plays once he establishes a connection with quarterback Cooper Rush. He should be a priority add.

RB Tyler Allgeier, Atlanta Falcons: In the wake of starter Cordarrelle Patterson (knee) landing on Injured Reserve, Allgeier becomes a must-add. In Patterson’s absence, Allgeier accounted for 84 yards on 10 carries and appears to be the de facto lead back moving forward. Second-year running back Caleb Huntley, who carried 10 times for 56 yards and a touchdown in the 23-20 win at home versus the Browns, is also worth a speculative add in deeper leagues.

RB Raheem Mostert, Miami Dolphins: Mostert’s volume has been sporadic, which landed him in my “Keep An Eye On” section a couple of weeks ago, but it appears the veteran has seized control of the Dolphins backfield, carrying 15 times for 69 yards and snaring two receptions in the Dolphins 27-15 loss on Thursday Night Football. Given how explosive the Dolphins offense has looked at times this season, you’ll want to have its primary running back rostered before it’s too late.

RB Gus Edwards, Baltimore Ravens: Edwards has been designated to return from the PUP (Physically Unable to Perform) list, and the Ravens have 21 days to activate him to the 53-man roster. Edwards, who torn his ACL in an early September practice ahead of the 2021 season, returned to practice on Wednesday.

WR Christian Watson, Green Bay: Watson has seemingly been a non-entity in the Green Bay offense since failing to corral a deep ball in Week 1, and his contributions has been sparse, but the rookie second rounder logged an 8-yard reception (three targets) and took a 15-yard carry into the end zone against the Patriots for his first NFL touchdown. Green Bay doesn’t have much to lean on in terms of playmakers, so Watson could easily become more of a consistent factor in the coming weeks.

RB Rachaad White, Tampa Bay Buccaneers: White only totaled three carries (one TD) in Week 4, but most notably, the rookie reeled in all five of his receptions for 50 yards. While it’s too early to deem him fantasy relevant, White’s progression as a pass-catcher in the Bucs offense is worth noting.

RB Dameon Pierce, Houston Texans: The Jaguars defense, which just surrendered 156 scrimmage yards to Miles Sanders, ranks 22nd against fantasy running backs. Red hot coming off a game in which he turned 14 carries in 134 yards and a touchdown, Pierce is an RB1 this week.

RB Miles Sanders, Philadelphia Eagles: Speaking of Sanders, the 25-year-old has only yielded fewer than 80 rushing yards once this season and faces a Cardinals defense that ranks 23rd against fantasy running backs. Given Sanders’ role within the offense and opponent, ride the hot hand. Sanders will provide RB1 production in Glendale.

RB Damien Harris, New England Patriots: Harris has quietly been one of the more consistent fantasy running backs this season, and has found the end zone in each of the past three weeks. Against the Packers, Harris out-carried Rhamondre Stevenson 18-14, accumulating 86 yards and a touchdown. Against a Lions team that ranks 31st against fantasy running backs, Harris needs to be in your lineup.

WR Gabe Davis, Buffalo Bills: The 23-year-old has yet to experience the coming out party many envisioned at the start of the season, and his lack of production may have been a byproduct of an early season ankle injury. But against a Steelers defense which ranks 26th against fantasy wide receivers, Davis gets a dream matchup.

WR Allen Lazard, Green Bay Packers: The Packers’ de facto top receiver, Lazard burst onto the scene in Week 4, reeling in six receptions for 116 yards on eight pass targets. With the way Lazard is clicking with quarterback Aaron Rodgers, he should be started with confidence as a WR3 in shallow leagues and WR2 in deeper leagues.