Players were expected to report to the South Philadelphia complex by Tuesday evening for physicals and a team meeting. Practice begins 10 a.m. today.

Head coach Nick Sirianni will have his first news conference sometime before the start of practice. Thursday’s session is a walkthrough that’s closed to the media.

Most of the 22 starters on offense and defense are etched, but there will be competition for some starting jobs and more for key backup roles throughout the summer camp.

Here’s a look at some of the major battles to watch: 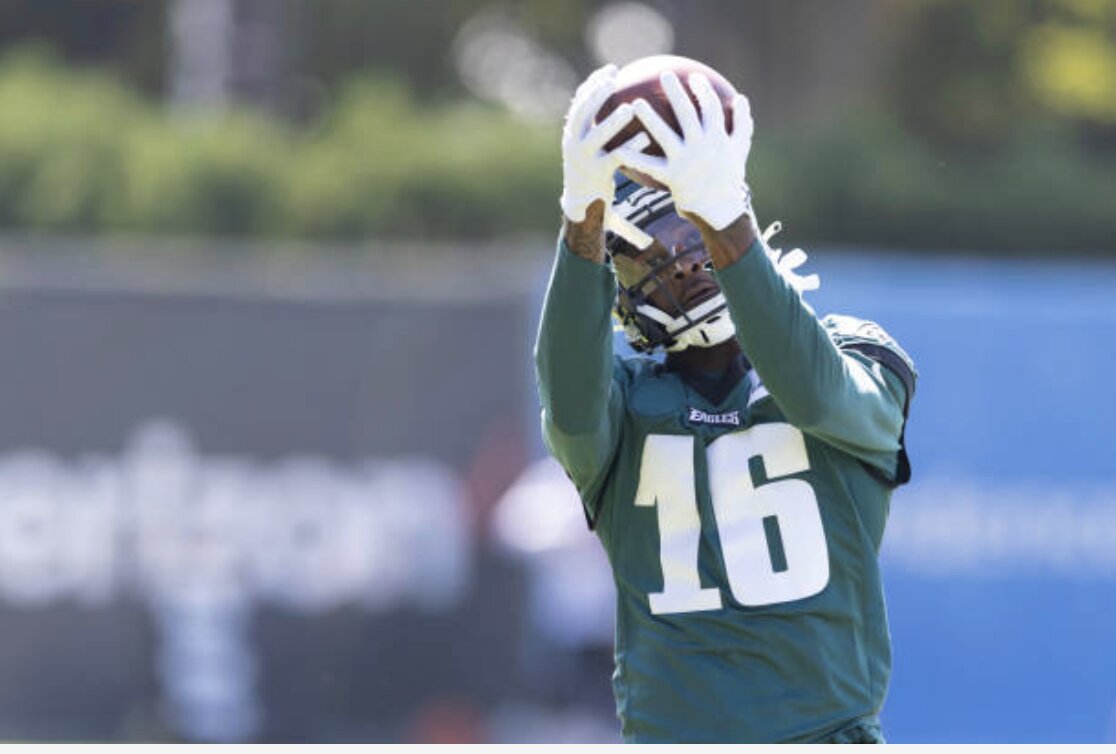 With A.J. Brown and Devonta Smith locked into starting roles, and primarily as outside receivers, the Eagles are seeking a natural interior receiver for the slot. Slot receivers run a different route tree than their perimeter counterparts and typically have more run-blocking responsibilities than those on the highway.

Some of the candidates won’t even make the 53. Reagor has been the subject of trade discussions and could be moved before the end of camp. Covey, like all rookie free agents, first needs to prove he belongs on an NFL roster.

Watkins will likely see the most reps early at the spot and the coaches determine whether the speedster has the aforementioned skill set to man the slot. If he can master the position, Watkins could provide another vertical element from the inside. Pascal, the former Colt, is an archetype slot – strong, sure-handed, smart – and the coaches who came over from Indianapolis already know what he can do.

Reagor and Ward need big camps to enter into the discussion. Covey’s primary responsibility is competing as the primary kick returner.

The Prediction: Watkins and Pascal split time in the slot, with Pascal playing on third-and-short or third-and-medium downs and on RPOs. Watkins will be used in play-action and third-and-long situations when teh Eagles need more speed on the field. Watkins could also man the outside as a backup when the Eagles move Brown or Smith inside.

Keep an Eye On: Covey’s small frame and quick feet will conjure images of Wes Welker, Jamison Crowder or other small, laterally-quick receivers who have flourished on the inside. If he can make the club and improve in practice, Covey might be the receiver most built for the position.

Landon Dickerson solidified his role as left guard last year, taking over the spot in Week 3 after Isaac Seumalo went down for the season with a Lis franc injury. Seumalo will switch sides to right guard, where he could face some competition from third-year pro Jack Driscoll.

If Driscoll is healthy – he ended the 2021 season on Injured Reserve – he’s a solid option to push Seumalo, who has played just 12 games in the past two seasons. Seumalo is an above-average lineman but hasn’t shaken the injury bug and is slated to make $5.6 million this season, which would make him a highly overpaid reserve. If he doesn’t win the job, he could be moved by the start of the season.

The Prediction: Seumalo is the best option. Driscoll has a better skill set for right tackle, though he has played well at guard and is a favorite of offensive line coach Jeff Stoutland. Seumalo should win the job unless Stoutland bangs the table for Driscoll.

Keep an Eye On: Second-year pro Jack Anderson, who was claimed off the Buffalo Bills’ practice squad last season, is a dark horse competitor for the spot. The Eagles liked him enough to sign him to their 53 and keep him there all season.

This competition depends on the line scheme that Jonathan Gannon plans to implement, and on down-and-distance scenarios. Perhaps the Eagles go with more of a 3-4-type look for their 5-man front and surround nose tackle Jordan Davis with Javon Hargrave and Fletcher Cox as the two defensive ends, with Haason Reddick and Josh Sweat on the edges. It’s possible that Brandon Graham sees time in that formation if the Eagles want to give Cox some rest.

That’s a potential look for them on first down and in short-distance defense scenarios, which makes Hargrave, Cox and Graham potentials contender for right defensive end, assuming Sweat is positioned at left defensive end.

In pass rush situations, the Eagles are more likely to have a four-man rush Reddick aligned over left tackle and Sweat over right tackle, perhaps in a wide-9 technique. That creates competition for the backup or “rotational” defensive end spot between Graham and Derek Barnett.

The Prediction: It’s really hard to say without truly knowing the team’s defensive line scheme and without seeing how the 34-year-old Graham responds from surgery to repair a torn Achilles from Week 2. Reddick and Sweat will see most of the snaps as edge rushers. If healthy, Graham will see more time than Barnett.

Keep An Eye On: Rookie sixth-round pick Kyron Johnson has unique edge explosion despite a shorter frame and could compete as the rush linebacker if Reddick were to sustain an injury. Johnson first needs to make the 53 and excel on special teams.

With Reddick up on the line of scrimmage as rush linebacker, the Eagles will audition several candidates for mostly two stack linebacker jobs in base and nickel formations. The candidates are fourth-year pro T.J. Edwards, free-agent signing Kyzir White, third-round rookie Nakobe Dean and 2020 third-round pick Davion Taylor.

Assuming that nickel will be their predominant defense, the Eagles are looking for two rangy linebackers who can cover and tackle. White comes off an impressive season with the Chargers where the converted safety from West Virginia emerged as an important piece of the Bolts’ defense. Dean, projected to go in the top 50, felt like a steal in the third round, but teams were concerned about his injury history and wear-and-tear.

Edwards has really improved since his rookie season, proving to be better than just a typical Wisconsin downhill linebacker. Taylor is the best athlete of the bunch from a testing standpoint but is still new to the position and has missed a lot of time from injuries over his two seasons.

The Prediction: Despite Edwards’ improvement, he’ll struggle to outlast White and Dean, but the door shouldn’t be slammed on him. Taylor’s athleticism won’t matter if he can’t stay on the field and outperform the other three. Look for White and Dean to see the most snaps, with Edwards used on obvious run-defense downs.

Keep An Eye On: If he’s out of the rotation, Taylor could emerge as a weapon on special teams. If he’s healthy and productive, though, Taylor could push White and Edwards for that other starting spot opposite Dean, assuming Dean will be a starter.

The Eagles re-signed Anthony Harris to pair with Marcus Epps despite an extremely vanilla season from Harris, who just doesn’t stand out in any one particular area. Harris had experience with Gannon from the defensive coordinator’s days in Minnesota, where Harris started his career as an undrafted free agent.

The late-June signing of free agent Jaquiski Tartt added another competitor to the mix, along with disappointing third-year safety K’Von Wallace, a 2020 fourth-round pick.

Tartt has played 80 games in his seven-year career – all with the 49ers – and was once viewed as one of the league’s better safeties, but he’s had trouble staying healthy, which is why he remained on the market until June.

The Prediction: Harris and Epps will open the season as starters. Tartt will see some time in three-safety packages.

Keep An Eye On: If he stays healthy, Tartt will eventually replace Harris as the starter, perhaps by October.