[Editor’s Note: This is the eighth in a series of stories on InsideTheBirds.com by Andrew DiCecco recapping the Eagles offseason and looking to the 2022 season. Today’s story identifies the Eagles Offensive MVP.]

If the stars align and their offense performs as expected, the Eagles figure to have several players worthy of being named team MVP.

For different reasons, I suspect the odds-on favorites will be wide receivers A.J. Brown or DeVonta Smith. Even tight end Dallas Goedert, now the undisputed top tight end in the pecking order, should warrant some consideration.

In Brown’s case, he represents the missing link to the Eagles’ receiving corps.

He’s someone who commands the football in critical moments.

Smith is expected to blossom into one of the league’s top sophomore breakouts after coming within 84 yards of reaching the 1,000-yard receiving threshold as a rookie.

The 23-year-old yielded a team-high 104 pass targets last season, a number that figures to rise with much of the defensive focus on Brown.

Brown and Smith represent the Eagles’ best chance to have a pair of 1,000-yard receivers for the first time in team history.

But to choose any of the three aforementioned pass catchers would be taking the easy way out. 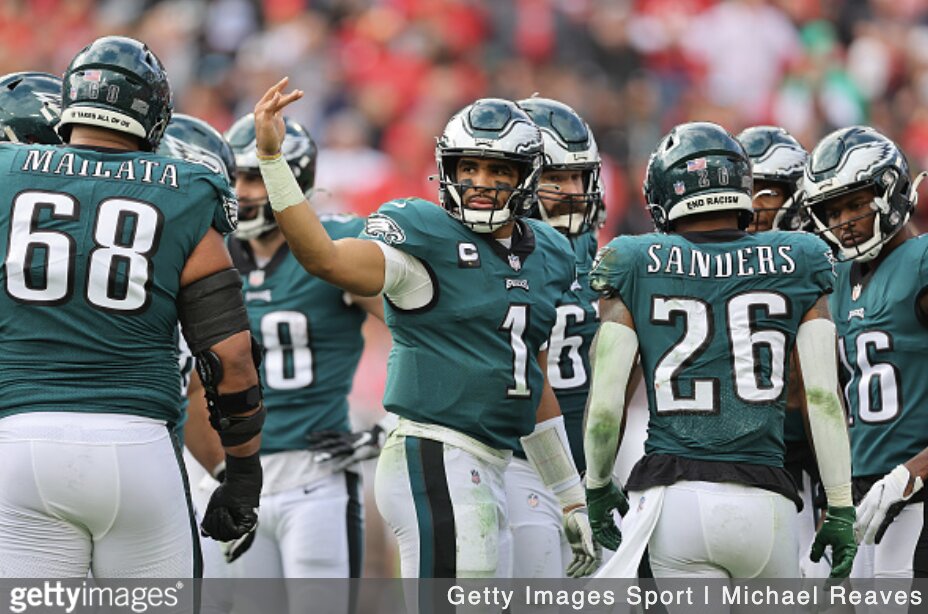 My offensive MVP selection is the player who defines the offense: Jalen Hurts.

A polarizing second-year starter, Hurts completed 265-of-432 attempts (61.3 completion percentage) for 3,144 yards, 16 touchdowns and nine interceptions, to go along with 784 rushing yards and 10 touchdowns on 139 attempts.

Though Hurts frequently got off to slow starts, struggled with ball placement, hastily worked through progressions, and was mechanically flawed, the 23-year-old also had moments that inspired an optimistic hope of becoming the team’s franchise signal-caller of the future.

Having worked with renowned quarterback coach Tom House during the offseason, Hurts returns as a second-year starter, surrounded by a stable coaching staff and a multitude of weapons at his disposal.

Hurts will need to do a better job of seeing the field, leading receivers, and keeping his eyes upfield, but like the offense itself, I believe Hurts is poised for a roaring resurgence.

While growing pains were evident in his first season as a starter, I’d bet on Hurts to figure it out.

But until proven otherwise, the question that lingers will always be: Is it enough?