When Josh Sweat met with the media on Tuesday, it was his first availability since missing last season’s playoff game with a sudden, and serious, condition that the team called “a life-threatening situation.”

The 24-year-old Eagles defensive end, who was jarringly hospitalized days before the Wild Card matchup against Tampa Bay, revealed that doctors discovered that one of his arteries had “opened up a little bit,” which catalyzed his internal bleeding.

“I mean, yeah it was serious,” Sweat admitted. “I mean, just had a little bit of internal bleeding. Not a little bit, a lot. And was enough to keep me out. But I’m fine now, we took care of the issue, and I’m back to a hundred [percent]. Ready to start working again. But yeah, no more issues.” 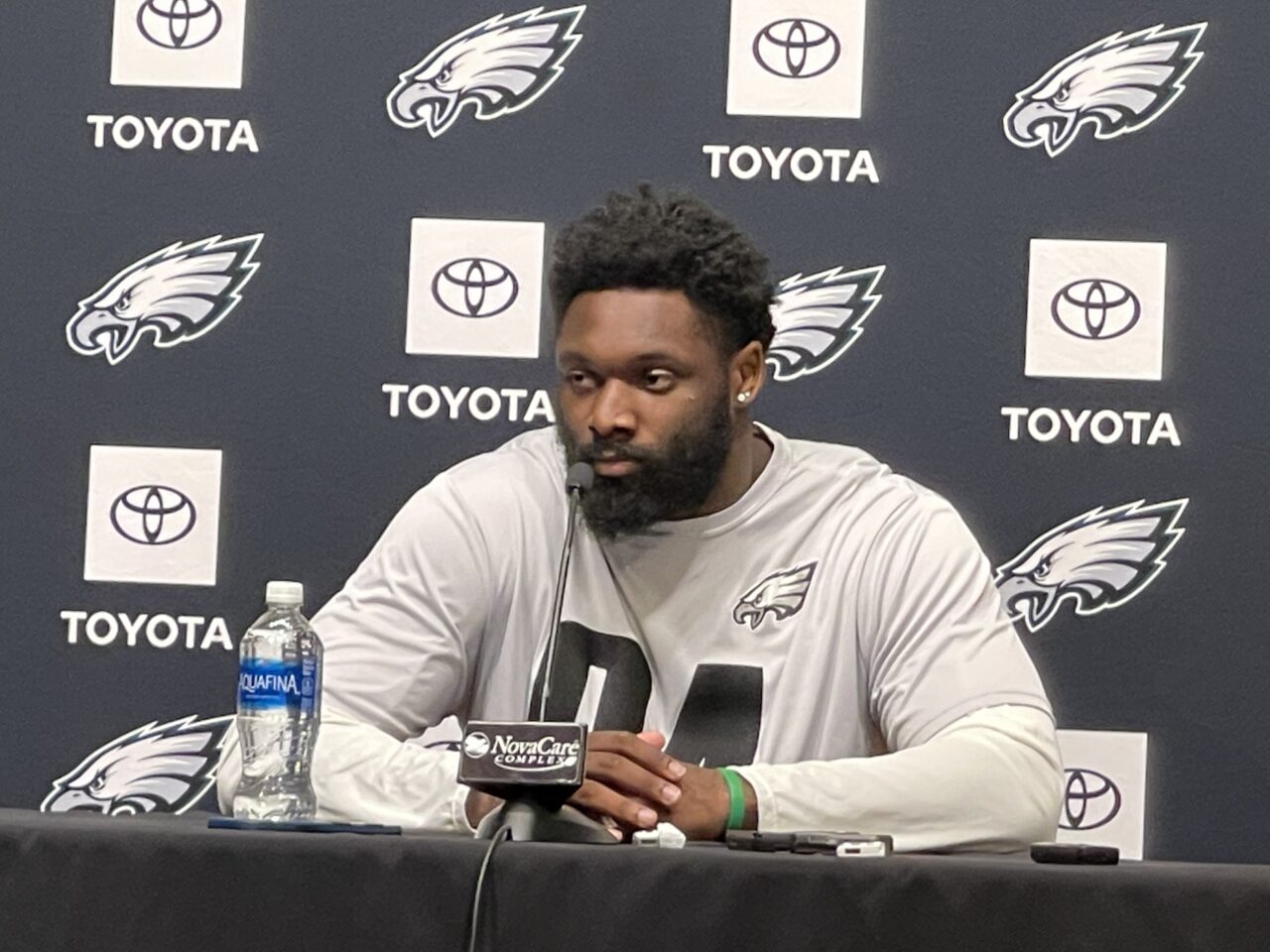 ITB photo: DE Josh Sweat reflected on the life-threatening stomach issue that forced him out of last year’s playoff game.

The Eagles’ star pass rusher still appeared befuddled regarding the origins of his condition, but was also quick to add that the mysterious ailment didn’t occur on the football field.

“I was just chillin’ at the house,” Sweat explained. “I don’t know how it happened, it just happened. We took care of it.”

While at home, Sweat began to observe telltale signs that something potentially serious was brewing, despite being properly hydrated and otherwise healthy.

Sweat added that doctors cauterized the artery quickly, and that he was told  there wouldn’t be fear of recurrence.

As the team’s most pure pass rusher, Sweat figures to be the beneficiary of a reconfigured defensive line rotation, which should keep the lengthy speed rusher fresh and rejuvenated coming off the edge.

“Obviously I wanna have a better season than the previous one every year,” he said. “Just getting better, however that is. Just keep on improving. That’s pretty much all. I just wanna do better.”