INDIANAPOLIS — Howie Roseman, the executive vice president of football operations for the Eagles, and head coach Nick Sirianni each spent about 15 minutes at the podium Wednesday at the NFL Scouting Combine.

Together, they touched on significant topics, including Jalen Hurts’ development, the reshaping of coordinator Jonathan Gannon’s defense, losses of key front office members, and planning for free agency later this month and next month’s NFL Draft.

All-Pro center Jason Kelce’s decision on whether to play in 2022 or retire was a big topic of discussion.

Here are some takeaways from the other storylines: 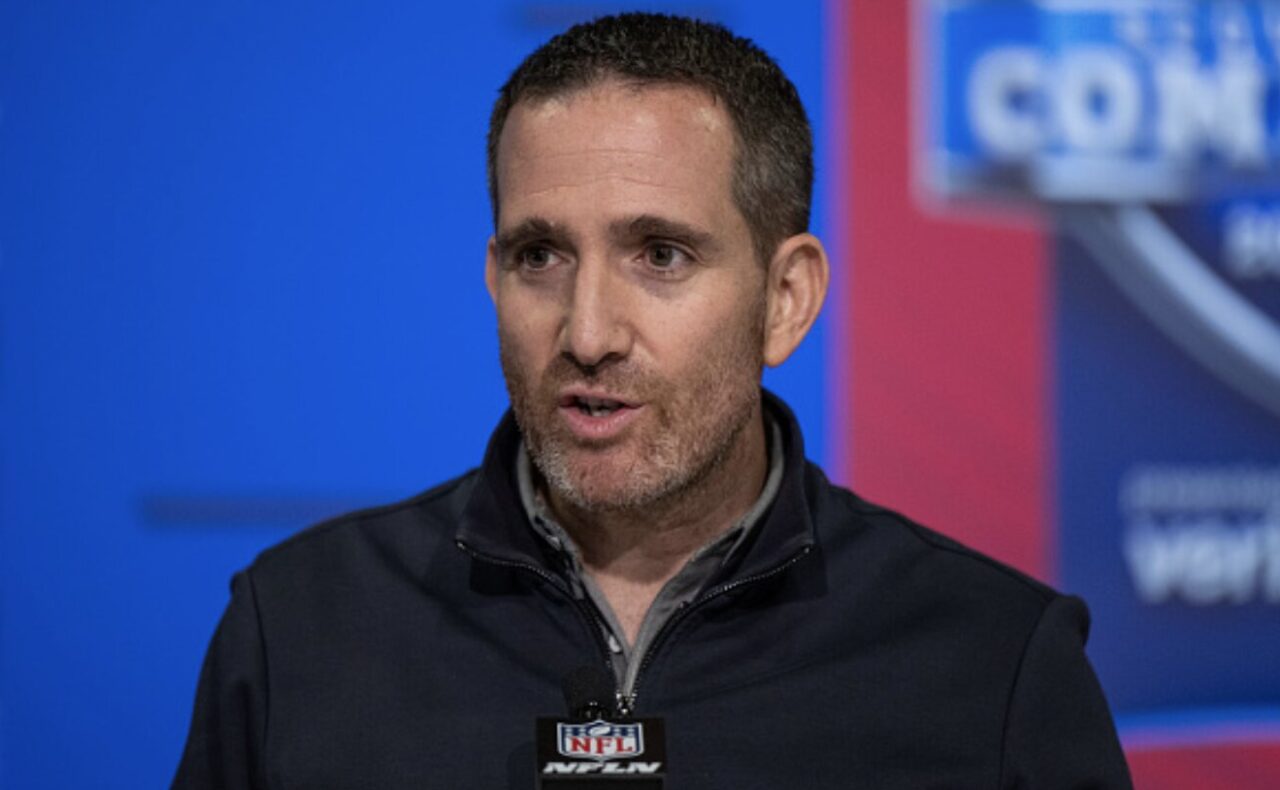 Roseman gave a small indicator of his linebacker plans when he noted the schematic differences between Jim Schwartz and Jonathan Gannon.

The former defensive coordinator employed a traditional 4-3 front with a middle linebacker flanked by two outside linebackers, all of whom played off the line of scrimmage. In nickel, Schwartz simply removed his worst cover linebacker and replaced him with a third corner or coverage safety.

Gannon likes to employ odd-man fronts on first and second down, using a linebacker on the line scrimmage to create a five-man front. Genard Avery played that position most last season, with rookie Patrick Johnson sprinkled in here and there.

Avery plays best going forward, but the Eagles would benefit from a more versatile, lengthier on-the-ball linebacker who has experience dropping into coverage along with rushing the passer and stopping the run. You tend to see these types more in 3-4 defenses, but many teams have moved to versatile schemes that interchange 3-4 and 4-3 fronts based on situation (down/distance) and opponent.

Roseman’s comments suggest the Eagles will to try to upgrade Avery’s position more so than investing heavily at inside linebacker or off-ball linebacker, where they have T.J. Edwards and still maintain high hopes for third-year pro Davion Taylor. They brought back Jacoby Stevenson, a linebacker/safety hybrid, and will take another look at Johnson this spring and summer.

“The definition of what our linebackers are doing have changed with Coach Gannon,” Roseman said. “Again, we have to find players that fit our coach’s scheme. That’s the most important thing, that we’re finding players that fit what we’re trying to do offensively, defensively and on special teams.

“Obviously, T.J. had a heck of a year, a really good year. We have a bunch of other young players at the position, and we’ll just see what happens in free agency and the draft.”

Notice that Roseman mentioned Edwards and “young linebackers,” but not Alex Singleton, a restricted free agent entering his fourth season. Singleton’s role might not exist anymore. In base (three-linebacker) formations, the Eagles have Edwards, Taylor and any possible addition they make in free agency or the draft. In nickel, Edwards will probably sub out while Taylor and another coverage linebacker/pass rusher stays on the field.

From the sounds of Nick Sirianni’s presser, he’s hoping Jalen Hurts and the passing offense takes a major step forward in 2022. The run-heavy attack that anchored the team in its playoff push isn’t likely to be the calling card next year – unless it needs to be.

Sirianni noted that Hurts and the offense “are not a finished product” and talked about maximizing potential. He also talked about his messaging in identifying areas of weakness.

“Imagine how much better our team will be as a whole,” he said, “if all of us – coaches, players, people in the front office – can take one of our inefficiencies and get a little bit better at it.”

Of the “four main things” Sirianni said he looks for in quarterbacks, the coach noted that Hurts already checks off two boxes – the ability to create, and having enough arm to make all throws.

The two other areas, accuracy and decision-making, is where Sirianni said Hurts needs to develop.

The team continues to publicly commit to Hurts for 2022, party because Hurts led the team to nine wins and a postseason berth, partly because there’s really no other option available outside of potentially DeShaun Watson, and it’s impossible to predict if Watson will settle his legal issues and become available before the draft.

Roseman certainly made a strong point about difficulties teams face when they lose scouts and executives smack dab in the middle of pre-draft and pre-free agency planning.

Problem is, his remarks also sound like sour grapes coming from a general manager who just lost two pieces of his front office and could still lose another.

The Eagles weren’t the only team to lose front-office personnel within the past few weeks, and teams have been dealing with these inopportune losses for decades, although only recently have teams been forbidden to block promotions outside of a general manager job.

Speaking out about the issue now and attempting to advocate for change now, after the Eagles lost their co-directors of player personnel to a conference rival and division rival – and could potentially lose Roseman’s top-ranked scouting executive in Andy Weidl, who interviewed for the Steelers’ general manager vacancy – is tantamount to teams that publicly complain about the overtime rule only after their team suffers an overtime loss.

If losing front office personnel in February and March is so problematic, the issue should’ve been brought to the league’s attention – and to the public – already.

Roseman said “the best is yet to come” from running back Miles Sanders, who enters the fourth and final year of his contract. Roseman shouldn’t be in any hurry to move Sanders even if the team doesn’t plan on signing him to an extension.

The benefits of letting Sanders play out his final year far outweigh the benefit of trading him, unless Roseman is offered a deal he can’t refuse, which would be surprising given that Sanders has just one year of control and hasn’t made a Pro Bowl.

Hard to see the Eagles getting anything better than a fifth in exchange for the 2019 second-round pick from Penn State.

On the flip side, keeping Sanders for one more year would give the Eagles an above-average running back to lead their ground game as they try to improve upon a nine-win 2021. Sanders easily has 1,000-yard rushing potential – his career average of 61 rushing yards per game extrapolates to over 1,000 yards over a season – and, if he can stay healthy, can exceed 1,300 total yards. He had 1,327 as a rookie, so we know the potential is there.

Best-case scenario, Sanders has his most productive season in 2022, leaves in free agency, and the Eagles are rewarded in the compensatory pick formula for the 2024 draft, perhaps a third- or fourth-round pick.

At worst, he’s part of a committee that includes a blossoming Kenneth Gainwell and anther running back from the draft or free agency. He’s still a home-run hitter who can help the team win games. Moving him for anything lower than a third-round pick wouldn’t be wise, but who’d give up a third-round pick for him?

As for restricted free agent Boston Scott, the Eagles would probably let him walk and instead of tendering him. Scott is third on the depth chart behind Sanders and Gainwell, and could be fourth if the Eagles sign or draft another running back. They can always let him test the market and re-sign him to a deal that’s more sensible than the restricted free-agent tender.