Birds Get Keg Out For All-Pro Center's Return

Unless Nick Sirianni was kidding, the Eagles’ head coach said Wednesday at his NFL Scouting Combine press conference that a keg of beer had been delivered earlier in the day to the home of the Eagles’ All-Pro center, courtesy of a distributor in Lower Merion.

“I think it got there today, courtesy of Lower Merion Beverages,” he said, “so I appreciate them helping with that.” 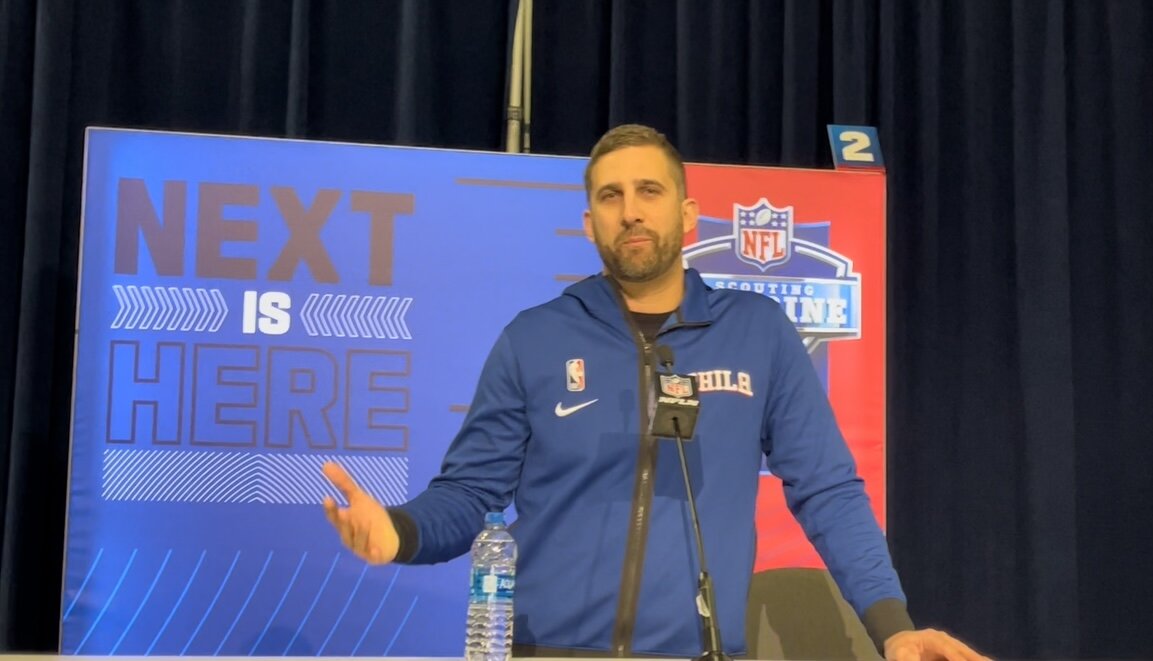 On a more serious side, Sirianni said the Eagles remain “hopeful” that Kelce, the 34-year-old lineman who’s made five Pro Bowls and recently capped his fourth All-Pro season, will return for his 12th season, all 12 with the organization that drafted him in the sixth round of the 2011 NFL Draft.

Sirianni said he and Kelce have talked but no “final decision” has been made.

The team would ideally like to know within the next two weeks, as free agency begins with the March 14 legal tampering window and with preparation for April’s NFL Draft picking up steam this week as NFL teams have descended here for the annual Scouting Combine.

Sirianni was asked if second-year pro Landon Dickerson, who started 13 games as a rookie, most at left guard, would be Kelce’s successor, but Sirianni wasn’t ready to commit to any one lineman. Dickerson played center his last season at Alabama.

Veteran left guard Isaac Seumalo, who missed the last 13 games after undergoing foot surgery to repair a Lis franc sprain, has also been projected as a future center. But the two guard spots are also fluid, as Seumalo, Dickerson and third-year pro Jack Driscoll, another standout young lineman, would be candidates for the two guard positions if Kelce returns.

“Obviously, we think through everything, and we have some good options there,” Sirianni said. “Again, we’re exploring even more options through free agency and through the draft. So, not something we have to decide right away, but feel like we have good options.”

If Kelce decides to return, his contract will need to be reworked to satisfy both sides.

Inside The Birds’ Adam Caplan first reported last year after Kelce’s contract restructure that Kelce would be on the books for $31 million in 2022 if he isn’t released or doesn’t retire, a poison pill in the contract that was originally intended for Kelce to play just one more season.

But since the end of the 2021 season, one of the best seasons of the center’s career, signs pointed to Kelce giving more thought to a return in 2022. Kelce has said publicly that he feels in good condition and would take his time to ponder his future.

If he decides to stay, Kelce will have to agree to another restructure to avoid occupying $31 million of the team’s cap.

Sirianni said the Eagles are preparing for all scenarios and don’t have to make decisions, at center or guard. Seumalo and Driscoll each had their seasons cut short by injuries.

“I was fortunate to come to a team that had great offense and defensive line depth, and we had some bumps and bruises this year that we really needed to rely on that.

And so, it is a great problem to have, the depth that we have there. I know a lot of guys are going to be able to play, ready to play and want to play and we’ll have to make a decision on who those guys are and what the right lineups are as we go through it.”

If you haven’t yet, now’s a good time to watch Eagles Hall of Fame Offensive Tackle Tra Thomas’ tape breakdown of the left side of the Eagles’ offensive line, focusing on Kelce, Dickerson and left tackle Jordan Mailata: