Doug Pederson is back in the NFL as a head coach again.

The coach who in 2017 led the Eagles to their first and only Super Bowl title was hired around midnight Wednesday by the Jacksonville Jaguars, another team that’s never won a championship prior to Pederson’s arrival and has been mired in controversy over the past year. 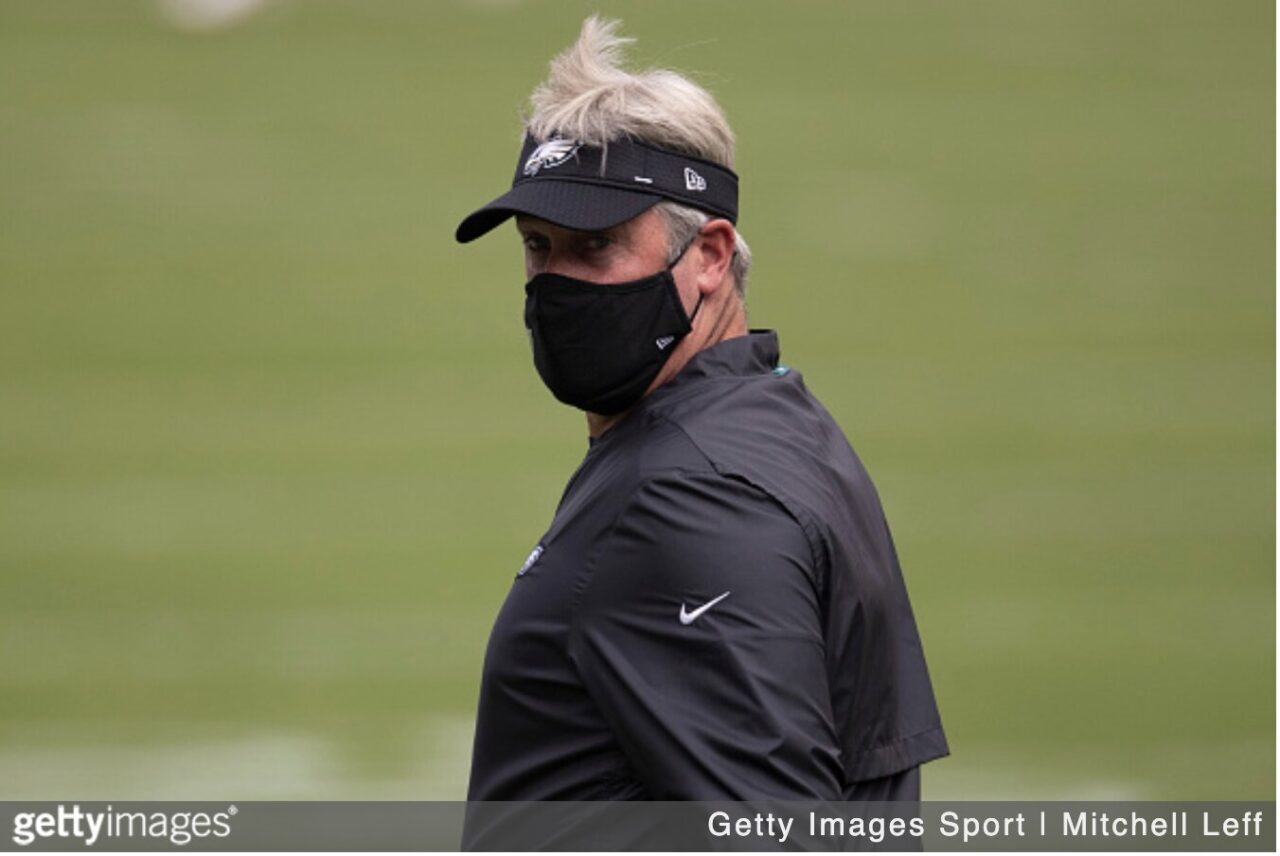 The Jags made the announcement official on the eve of the four-year anniversary of Pederson coaching the Eagles past the New England Patriots, 41-33, in Super Bowl LII. Backup quarterback Nick Foles, the game’s MVP, passed for 373 yards and three touchdowns to outduel Patriots quarterback Tom Brady, who had won six Super Bowls before winning a seventh with Tampa Bay in 2020.

“I hope Doug can replicate that magic here in Jacksonville,” Jaguars owner Shad Khan said in a statement, referring to Pederson’s role in breaking the Eagles’ 52-year-long Super Bowl drought. “But what is certain is his proven leadership and experience as a winning head coach in the National Football League. It’s exactly what our players deserve. Nothing less.”

Pederson is 42-37-1 as an NFL head coach with a 4-2 postseason record in five seasons with the Eagles.

Pederson reportedly wasn’t the leading candidate for the job but will return to the NFL after a one-year absence. The Jags are trying to move past the disaster of 2021, in which the team fired head coach Urban Meyer, a three-time national championship college coach, just 13 games into Meyer’s first year as an NFL head coach.

The Jags, who expanded into the NFL in 1995, have lost all three AFC Championships in which they’ve appeared. They haven’t won more than six games in any of the past four seasons and come off a tumultuous 3-14 season that saw Meyer’s firing amid several controversies and turmoil.

Pederson’s last season in the NFL also came with turbulence, as the Eagles finished 2020 at 4-11-1, their fewest wins since 2012. That season, the Eagles sustained numerous injuries, specifically on the offensive line and at wide receiver, and Pederson eventually benched quarterback Carson Wentz after 12 games in favor of rookie backup Jalen Hurts.

After the season, team owner Jeffrey Lurie fired Pederson, saying that the only coach who’s won a Super Bowl for the Eagles didn’t deserve to be fired but that Pederson and he disagreed on the vision for the franchise’s future. Lurie then hired former Colts offensive coordinator Nick Sirianni as his head coach.

The Eagles also met Wentz’s trade request, sending their No. 2 overall pick from 2016 to the Indianapolis Colts for a third-round pick and 2022 conditional pick that has turned out to be a first-round pick in this April’s draft, then moved forward behind Hurts in 2021 and finished 9-8 before losing to Tampa Bay in an NFC Wild Card game.

The Eagles are slated to play both the Jaguars and Colts next season, which should pit them against both Wentz and Pederson. As coach of the Jags, Pederson will see AFC South rival Indianapolis twice, pitting Pederson against his former franchise cornerstone and his former offensive coordinator. Colts coach Frank Reich was the Eagles’ offensive coordinator from 20016-2017.

Despite the four-win season and general malaise that’s hovered over the Jaguars franchise,  the Jags welcome Pederson with talent and potential. Their quarterback, Trevor Lawrence, was the unquestioned No. 1 overall pick in 2021. Despite Lawrence’s struggles as a rookie, Pederson reportedly is fond of the former Clemson star.

People will most likely take this the wrong way, but he meant it in the best possible way and referred to the primes of both… when I asked Doug his thoughts on Trevor Lawrence last month, he said that Trevor reminds him of Wentz & Foles (2017 season versions) combined into one.

The Jags also have the No. 1 pick in this year’s draft and should get back explosive weapon Travis Etienne, who missed his entire rookie season with a foot injury. Running back James Robinson and wide receiver Laviska Shenault Jr. are also young building blocks, along with pass rusher Josh Allen and offensive tackle Cam Robinson.

The challenge for Pederson will be assembling a coaching staff that can help him reverse’s Jacksonville’s losing trend and achieve long-term, sustainable success. For all of his success in Philadelphia, Pederson and the Eagles were constantly hiring and firing assistants and position coaches.

Pederson’s offense in Philadelphia suffered after the departures of quarterbacks coach Jon DeFilippo and Reich, as Wentz regressed following the quarterback’s MVP-caliber 2017 season.