When the Eagles and Buccaneers met in Week 6, the two franchises stood emphatically on opposite ends of the NFL spectrum.

The Eagles, who fell to the defending Super Bowl champions, 28-22, in the October prime-time matchup, were very much a team in search of an identity, navigating through early season growing pains. 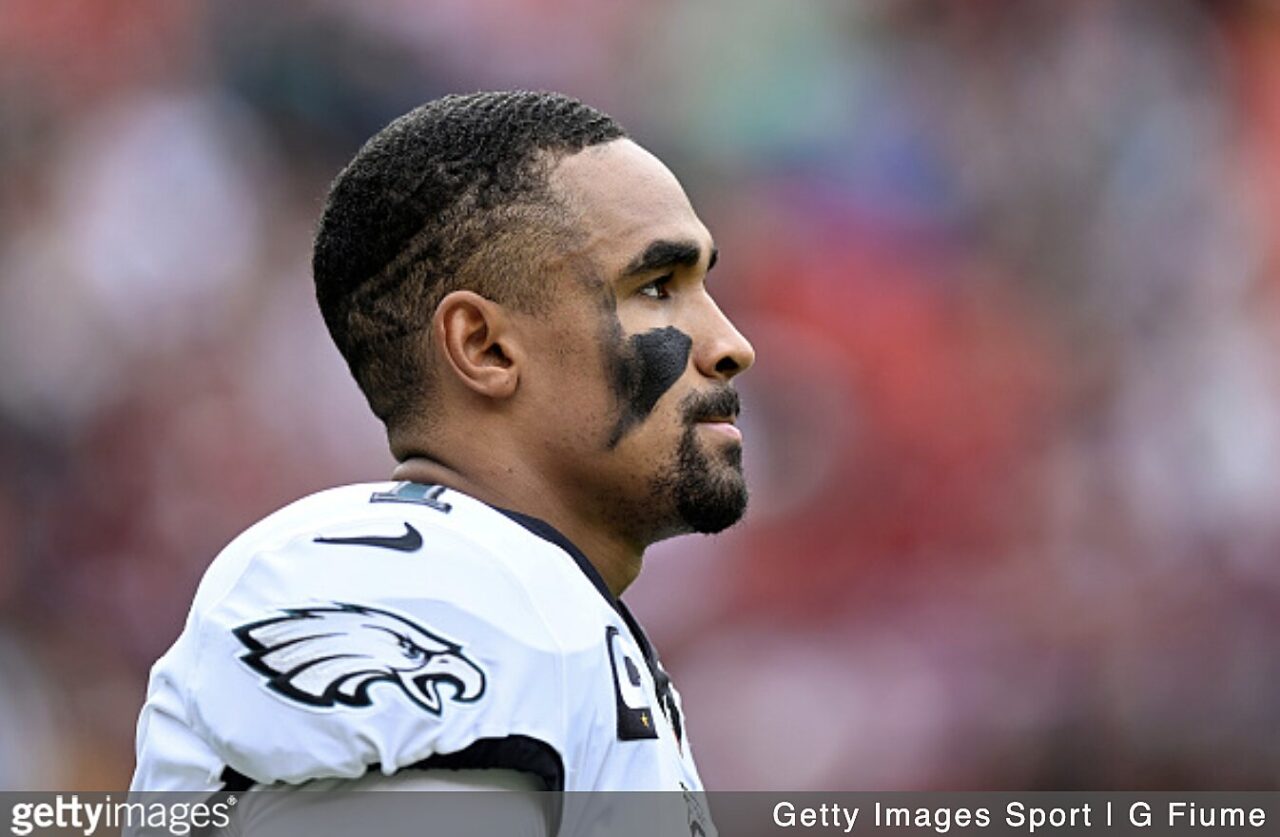 Meanwhile, running back Miles Sanders, who averaged 6.2 yards per rushing attempt that night, inexplicably garnered just nine carries – only one before halftime.

Three months later, the gap between the teams has narrowed. On Sunday, the Eagles and Bucs meet again, this time at Raymond James Stadium on Wild Card weekend.

“As an offense, I think we’ve kind of revolutionized and evolved in terms of who we are and our identity,” quarterback Jalen Hurts acknowledged Wednesday. “I’ve said it all year … I’ve said, ‘It’s coming.’ I’ve said different things to kind of ignite the growth in where we are now.

“Early on, we kind of were searching for who we were, what we wanted to do, and how we wanted to do it. And now, [we can] kind of fine-tune some things. We’ve gotten good at doing a lot of different things. Like I said earlier, I think it just comes down to us executing our job, us knowing our job and doing our job. We need to go out there and play with the right fundamentals and play the type of football we’ve been playing.”

Fueled by a mid-season philosophical shift – perhaps none more prominent than their unwavering commitment to running the football – the Eagles discovered a remedy in time to win six of its last eight games to put them in this position.

The newfound identity has given the Eagles a new lease on life, but Hurts and head coach Nick Sirianni have been the driving force behind the second-half surge.

While the masses largely remained lukewarm on the second-year quarterback for the better part of the season, and contemplated his long-term viability with seemingly every pass attempt, one would be remiss to ignore Hurts’ growth and evolution.

As incremental as the improvements might appear on the surface, Hurts has shown resounding command of the Eagles’ offense as of late, demonstrating improved pocket presence, ball placement, decision-making and, of course, poise in critical moments.

The run-heavy approach has been the team’s revamped formula to a successful blueprint, and it behooves the Eagles not to deviate at the first sign of resistance, but Hurts will also need to make timely throws and engineer touchdown drives – not field goals – if they expect to topple Tampa Bay.

There will unavoidably be questions throughout the week about Hurts’ inexperience against the Bucs’ veteran-laden roster that features Tom Brady, set to make his 46th playoff start, on the opposing sideline.

But if you’ve been following along, the winding path to prominence has prepared the ever-stoic Hurts for this moment.

“I think any experience that I’ve had, prior to coming into the NFL — I played those games in college at Oklahoma and Alabama,” Hurts said. “I’ve been on some very big stages. I think all of those things have kind of helped me. I definitely want to use those things to my benefit going into this game.