Playoffs Clinched, But Sirianni’s Onto Dallas

Birds HC Keeps Eyes On Week 18, Not Beyond

In his first year as Eagles coach, Nick Sirianni has completed a turnaround from a 2-5 record to on Sunday clinching a Wild Card berth following his team’s win over Washington accompanied by a Vikings loss to Green Bay.

But the same week-to-week mantra Sirianni preached in October, after the team’s fifth loss in seven games, and the same optimism that led to Sirianni’s now-famous flower growth analogy, is the sentiment he’s echoing as the Eagles prepare to close our their season against Dallas. 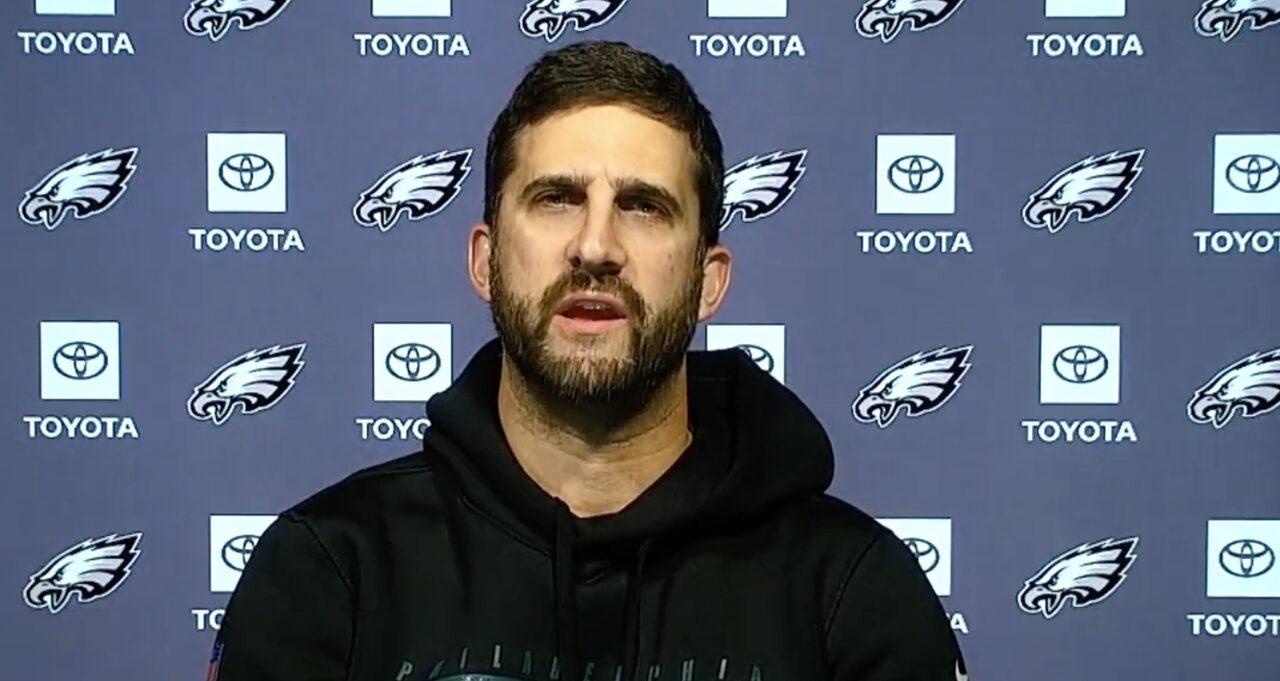 Sirianni on Monday deflected questions about the Wild Card round, instead shifting focus to Saturday’s season finale against the Cowboys. With both teams already in the playoffs, and very little room for either team to improve their seeding, it’s possible both teams will rest most of their starters.

Sirianni said he hasn’t yet decided on who will play or sit for Saturday’s game.

Sirianni said running back Miles Sanders isn’t likely to play in the finale as they hope to have him ready for the Wild Car round. Sanders missed the Washington game after suffering a broken hand the week before against the Giants and having a procedure during the week to repair the break.

Other than Sanders’ status, and confirming that linebacker Davion Taylor isn’t returning this year, Sirianni insisted that he wouldn’t be focused on the postseason until after Saturday’s game .

“You don’t look too far ahead, you don’t look far behind,” he said. “You think about each day, what do you got to get done that day. That’s been our motto all year. Keep it at one day at at time.”

Sirianni, who tested positive last month and was out a few days, said he felt physically drained just from coaching Sunday night upon returning home from FedEx Field in Landover, Md., and “was ready to go to bed” by the time the Packers were building up a big lead in their 37-10 blowout of the Vikings that the Eagles needed as the finishing touch to solidify their Wild Card spot.

But, he added: “We’re really excited to be in the tournament, but like I said, we’ve got to focus on beating Dallas and the plan that goes into that. But obviously we’re all excited to be in this situation and our goal is obviously to run it out and go as far as we can in this thing.”

Sirianni also showed his lighter side when sharing his blueprint for blocking out the public noise about the postseason.