Not the prettiest win. Certainly not a Picasso. Tomorrow’s film session might yield some grimaces and winces.

But style doesn’t matter for this Eagles team, a transitioning club that very few people believed could win nine games and be positioned for a Wild Card berth after the team’s 2-5 start.

The Eagles on Sunday survived a few obstacles at FedEx Field to beat Washington, 20-16, and claim their fourth straight win. Now they’re on the precipice of a postseason berth following last year’s nightmarish 4-11-1 season. 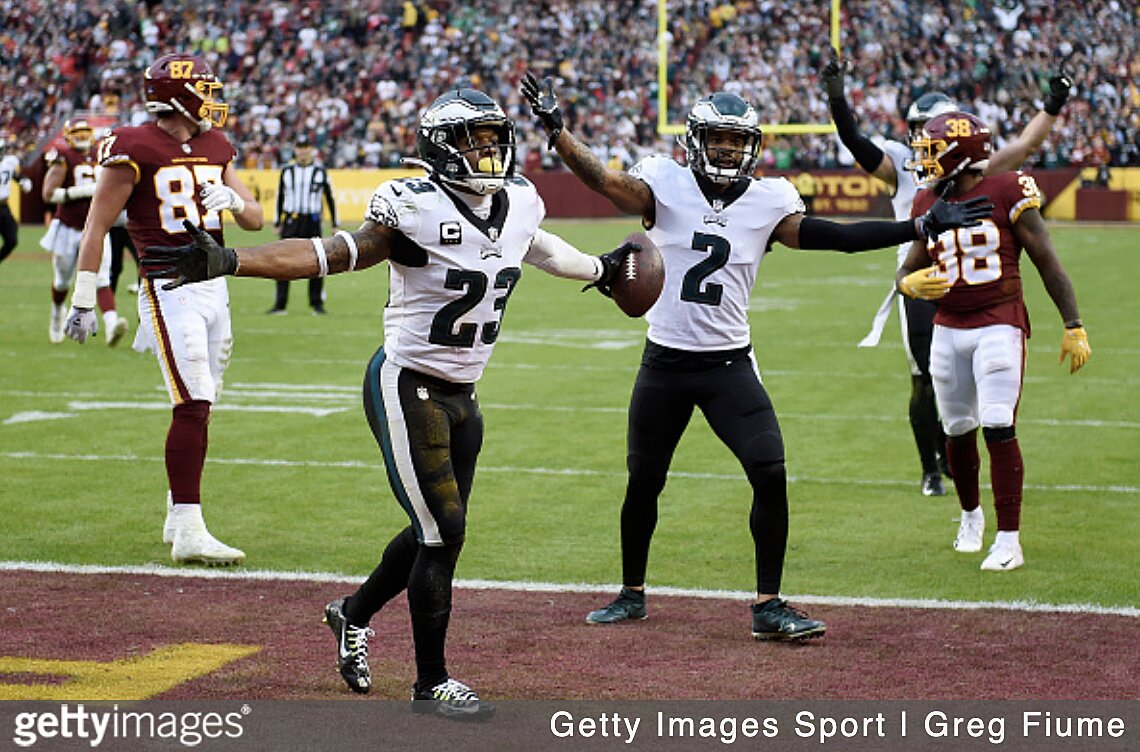 For the first time in two months, they didn’t run the ball especially well – understandable given the absence of Miles Sanders and a limited Jordan Howard trying to his best to move the chains despite a bum shoulder.

They committed some irksome penalties, especially in the second half.

They were inexplicably defunct on third down, converting just four on 12 attempts against one of the NFL’s worst third-down defenses, and some of Nick Sirianni’s gut decisions nearly came back to haunt him, including an icing of Washington’s kicker on a missed field goal that gave Joey Slye a second chance to nail  55-yarder before the break, which he did.

There’s plenty to correct from the loss, and it’ll eventually hurt them in the playoffs if the Eagles keep starting off games in a 10-0 hole as they did for the second time in three games.

But this is more about expectations for this team at the end of October and how they’ve managed to persevere, with Rodney McLeod sealing the latest win with an interception in the end zone.

“That’s what you do when you take things little by little,” Sirianni said. “It prepares you for games like this, where you’re in a hole and you gotta chip away at it.”

He broke into tears describing his story of being a low-level high school recruit who walked on at Cincinnati, got drafted in the sixth round and then became a starter for the Eagles as a rookie, already a survivor before he nearly saw his promising career cut short in 2016, when his level of play dropped off and – as he explained – everyone wanted him out of town.

Fans “would have traded me for a refrigerator,” an emotional Kelce told the team in a meeting, and then reminded them  – with give or take a few F-bombs – that they’re so much better than people believe they are and that nobody can beat them when the Eagles play their best football.

The second part of Kelce’s comment is debatable, but the Eagles truly embody Kelce’s characterization of them as a team that has already accomplished more than most would’ve expected, especially when the calendar turned from October to November.

Heck, most fans and media – myself included – believed back in August that this team fell in the six-to-eight win range.

Sunday, the Eagles made sure they’d have another winning season, regardless of what happens in Week 18 against Dallas and beyond.

“I just know if we get invited to the dance, it’s time to dance,” right tackle Lane Johnson said. “It was an ugly game today. We had a sloppy first half. We ended up finding a way to win in the second half.”

With guys like Kelce, Johnson, quarterback Jalen Hurts, and some over-achievers who’ve helped lift this team out of the doldrums – Boston Scott, T.J. Edwards and Nate Herbig – the Eagles have become an easy team to appreciate.

They don’t boast much. They’re accountable. They play hard for Sirianni, who has shown that he can relate to the locker room, and have shown progress in their most deficient areas throughout the season.

All of which compensates for the fact that, despite their four-game win streak, they’re probably just an OK team with flaws that’ll probably resurface in the finale against Dallas – if the Cowboys don’t rest players – and in the first round of the postseason.

But that’s for down the road.

For now, the Eagles can take a small bow.

For now, style can take a backseat to substance.