[Caplan’s Note:] We don’t subscribe to the theory that a team with a lesser record can’t be ranked higher than a team with a better record. It’s about how they look as of now based on the criteria listed above. 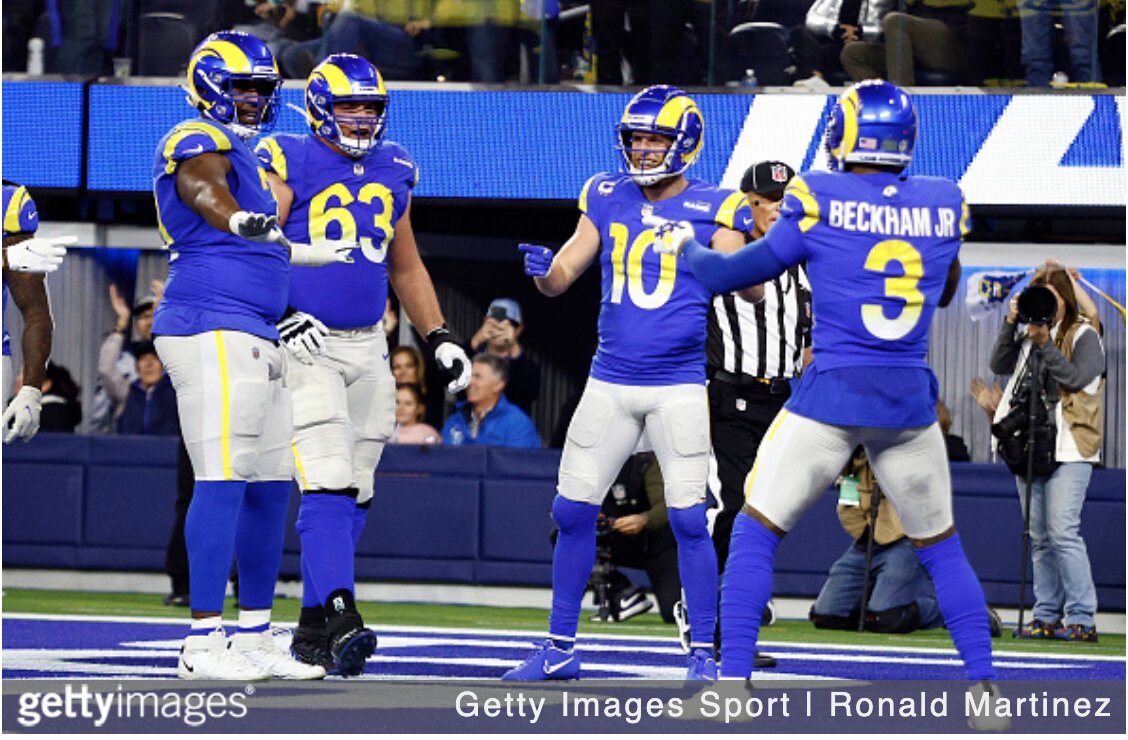 1) Green Bay Packers (11-3; ranked last week: #1): In the NFL, you want to be playing your best when it really matters in December and the Packers are certainly doing that.

3) Los Angeles Rams (10-4; ranked last week: #6): I gotta give them some credit considering how bad their COVID-19 situation has been lately, but can they keep it going?

7) Indianapolis Colts (8-6; ranked last week: #10): Another terrific win for the Colts, who have won five of their last six games, but they have a very tough matchup on the road against the Cardinals on Saturday.

8) New England Patriots (9-5; ranked last week: #3): They were flat for most of last week’s game and now face a rematch against the Bills.

10) Buffalo Bills (8-6; ranked last week: #11): If they can find a way to beat the host Patriots on Sunday, the Bills could actually wind up winning the AFC East.

11) Cincinnati Bengals (8-6; ranked last week: #14): Again, it’s hard to trust this team, but the Bengals are still one of the AFC’s most talented
teams.

12) Los Angeles Chargers (8-6; ranked last week: #9): They outplayed the Chiefs, but found a way to lose, which has been the story of their season.

15) Miami Dolphins (7-7; ranked last week: #17): Another win (six in a row), but the Dolphins still are unlikely to get into the playoffs. However, hopefully they can carry some positive momentum into next season.

16) Philadelphia Eagles (7-7; ranked last week: #19): I can’t recall the last time I saw a team completely change their offensive identity in season and it working as well as it has.

17) Pittsburgh Steelers (7-6-1; ranked last week: #18): A nice comeback win last week, but they still are unlikely to get into the AFC playoffs.

18) New Orleans Saints (7-7; ranked last week: #20): Hard to believe they won by scoring just nine points, but at least the Saints still have a chance to secure an NFC Wild Card spot if they continue to win.

19) Cleveland Browns (7-7; ranked last week: #13): It’s hard to put my finger on what is exactly wrong with this team, but the Browns are
underachieving a bit this season.

21) Minnesota Vikings (7-7; ranked last week: #24): While they’re the #7 seed currently in the NFC, there’s nothing that shows that they’re going to be a playoff team.

22) Denver Broncos (7-7; ranked last week: #15): Their QB nightmare will continue until the offseason.

24) Washington Football Team (6-8; ranked last week: #22): They’re having trouble overcoming their COVID-19 and injury issues, which is why they won’t make the playoffs.

31) Detroit Lions (2-11-1; ranked last week: #32): Their record might be bad, but the Lions continue to play competitive football most weeks and are actually 9-5 against the spread.

32) Jacksonville Jaguars (2-12; ranked last week: #31): So much for the team being energized after the firing of its head coach.