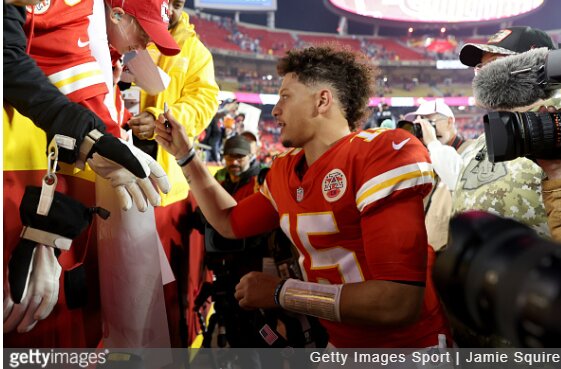 1) Arizona Cardinals (9-2; ranked last week: #3): Great bounce back win for the Cardinals on the road in a hostile environment. Once they get QB Kyler Murray and hopefully star WR DeAndre Hopkins after this week’s bye, this team should be able to seal the NFC West title.

2) Tennessee Titans (8-3; ranked last week: #1): The loss of star RB Derrick Henry is really starting to show and the RBBC they’re employing isn’t going to make up for his loss.

3) New England Patriots (7-4; ranked last week: #6): Again, you have to take this team seriously. That’s now five wins in a row and six of their last seven after starting 1-3.

4) Green Bay Packers (8-3; ranked last week: #2): Don’t underestimate the loss of OL Elgton Jenkins, who was lost for the season due to a torn ACL. And the team doesn’t know exactly when starting LT David Bakhtiari will be able to play. He’s slated to start practicing after their bye, however. And QB Aaron Rodgers is dealing with a troublesome toe injury.

5) Tampa Bay Buccaneers (7-3; ranked last week: #8): They took care of business on defense against the visiting Giants, but this week’s game at the much-improved Colts should provide a better test for the defending Super Bowl champions.

6) Kansas City Chiefs (7-4; ranked last week: #9): That’s four wins in a row before the bye and their offense still is not where many expected it to be .

7) Los Angeles Rams (7-3; ranked last week: #5): Those were two bad losses before the bye, and this week’s game against the host Packers will offer a stiff challenge.

8) Dallas Cowboys (7-3; ranked last week: #4): Their defense is keeping them in it, but absences of WRs Amari Cooper and CeeDee Lamb were a big reason why they only scored nine points last week.

9) Baltimore Ravens (7-3; ranked last week: #10): This is another team that’s hard to figure out from week to week, but with John Harbaugh as their head coach, you know they’re going to make the playoffs no matter what the situation is that they’re dealing with.

10) Indianapolis Colts (6-5; ranked last week: #14): No team has been more resilient than the Colts with HC Frank Reich leading the way. They started off 1-4 and now have won five out of their last six games.

12) Los Angeles Chargers (6-4; ranked last week: #12): The only way this team can win at this point is to outscore the opponent (high 20s at a minimum). It’s surprising at how poorly their defense has played, yet they’re still in it for the AFC West and a Wild Card spot.

13) Cincinnati Bengals (6-4; ranked last week: #19): I still have trust issues with this team (see their two losses before the bye), but that was an impressive road victory over the falling Raiders.

14) Cleveland Browns (6-5; ranked last week: #13): Well, that was an ugly win last week, but it will get harder from there against the host Ravens this week.

15) Pittsburgh Steelers (5-4-1; ranked last week: #11): They will have trouble winning most weeks without their two best defensive players—OLB J.J. Watt and S Minkah Fitzpatrick. Still, the Steelers will able to hang in there for an AFC Wild Card spot.

16) Philadelphia Eagles (5-6; ranked last week: #22): The steam-rolling running game continues. They had the least number of rushing attempts in the NFL after six weeks and now are #2 in the NFL in rushing yards.

17) San Francisco 49ers (5-5; ranked last week: #21): All of the sudden they might have righted the ship, and veteran QB Jimmy Garoppolo very quietly is having a nice season—particularly of late.

20) New Orleans Saints (5-5; ranked last week: #16): The injuries on their offensive line are taking a major toll during this three-game losing streak.

21) Carolina Panthers (5-6; ranked last week: #15): They’ll be in it until the end for one of the three NFC Wild Card spots, but the Panthers can’t lose to lesser teams like WFT if they want to be taken seriously.

22) Las Vegas Raiders (5-5; ranked last week: #17): Reality hit this team that they’re really a .500 team or slightly above or below. They’re better than in the past few seasons, but still need more talent, especially on the defensive side of the ball.

23) Washington Football Team (4-6; ranked last week: #27): Quite the two-game winning streak for this team and they have a very winnable game at home on Monday night against the struggling Seahawks.

24) Miami Dolphins (4-7; ranked last week: #28): Well, they’ve won three in a row after losing seven straight. They’re another team that has to straighten out its QB situation going forward.

25) Atlanta Falcons (4-6; ranked last week: #23): They’re probably a little better than most team observers expected this season, but won’t come close to the playoffs due to lack of overall talent.

26) New York Giants (3-7; ranked last week: #26): I thought they’d compete at a higher level against the host Buccaneers. This is another team in the NFC that should be better than their record shows, which doesn’t bode well for GM Dave Gettleman or the coaching staff.

27) Chicago Bears (3-7; ranked last week: #24): They’re underachieving to be sure, but they have to get younger on defense next year and need upgrades on their offensive line in order to be a playoff team.

28) Seattle Seahawks (3-7; ranked last week: #25): What an awful home loss to the Cardinals last week. Their offense continues to be one of the NFL’s most disappointing this season.