Despite a valiant effort that resulted in a two-point loss to the red-hot Tennessee Titans, the Saints march into the Linc with something to prove, intent on denying the Eagles of their first victory at the Linc in nearly a year.

Meanwhile, the Eagles return home from an encouraging 30-13 win in Denver and look to stack consecutive wins for the first time this season. 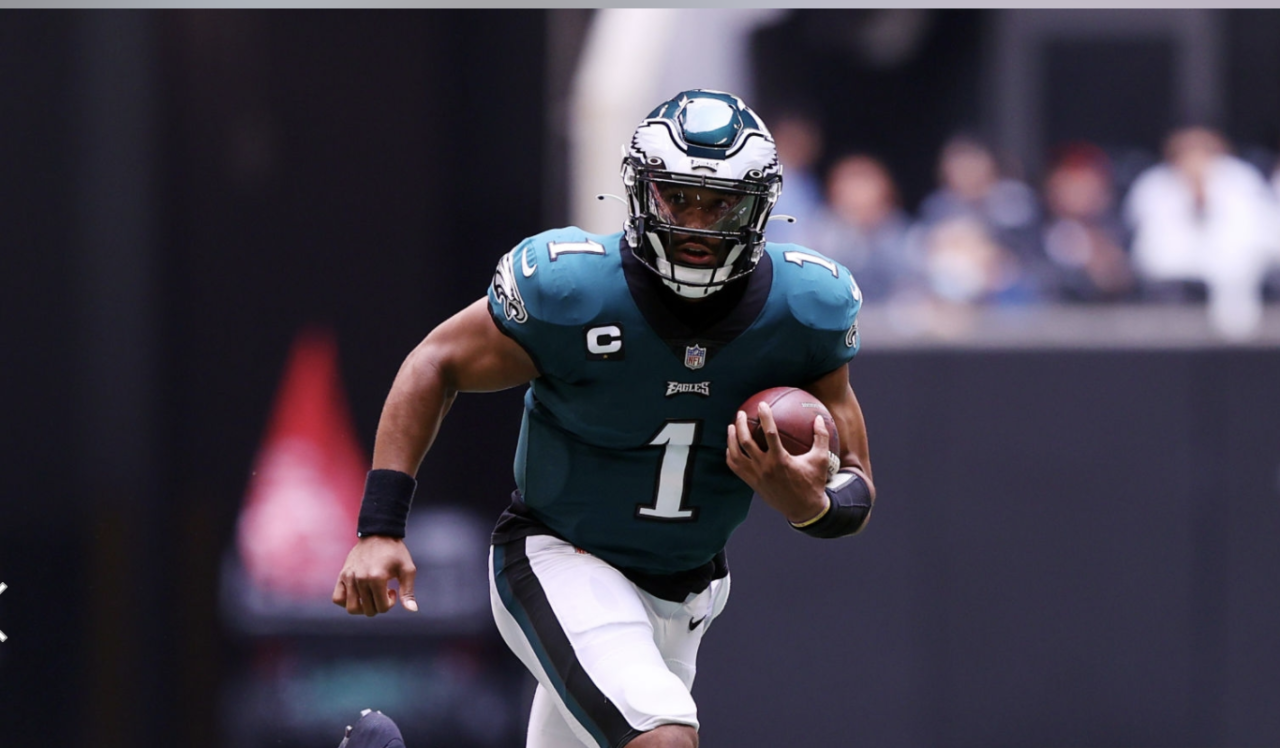 Eagles QB Jalen Hurts will try to make it 2-0 career vs. the Saints

WR Quez Watkins vs. CB Paulson Adebo: The Eagles need someone other than Smith and Goedert to emerge as consistently viable options in the passing game. Watkins, who flashed earlier in the season, dropped a perfectly placed touchdown against the Broncos and has only eclipsed the 50-yard receiving mark once. The second-year receiver draws a favorable matchup, however, against the rookie Adebo. While Adebo sports a prototypical build at 6-foot-1, 198 pounds, the lengthy perimeter defender can be over-aggressive at times and isn’t overly technical. With DeVonta Smith likely occupied with Marshon Lattimore for much of the afternoon, Hurts and Watkins will need to establish a connection.

RT Lane Johnson vs. DE Cam Jordan: Jordan is third on the Saints in sacks (3.0), but when it comes to quarterback hits, the 11-year veteran is the leader. Jordan has racked up an impressive 97.5 career sacks and still has the ability to alter the outcome of any given play. Johnson, who spearheaded a stellar performance from the Eagles’ offensive line last week in Denver, has his work cut out.

LBs T.J. Edwards, Davion Taylor vs. TEs Adam Trautman, Juwan Johnson: Last week, Broncos tight ends Noah Fant and Albert Okwuegbunam combined for eight receptions for 136 yards. A week earlier, the Chargers’ Jared Cook, Donald Parham Jr., and Stephen Anderson racked up 11 catches and a pair of touchdowns. Teams have laid out the blueprint, so look for the Saints to shoehorn Trautman and Johnson into the game plan — especially in Alvin Kamara’s absence — capitalizing on the limitations of the Eagles’ second level. Trautman is more of the dependable intermediary option while Johnson, a former wide receiver at Penn State and Oregon, is an explosive complement who can threaten defenses vertically and move around to create mismatches. Of Johnson’s nine catches this season, three have went for touchdowns. Given Trevor Siemian’s conservative 6.8 yards-per-pass attempt this season, tight ends should be busy.

DE Josh Sweat vs. RT Landon Young: The Saints will be without bookend tackles Ryan Ramczyk and Terron Armstead, allowing Eagles defensive ends such as Josh Sweat to theoretically pin their ears back. The Saints could always opt to kick veteran LT Jordan Mills over to man the right pillar, where his experience would better serve the offense against the Eagles best pass-rusher, but Ramczyk’s likely replacement will be Young, a 24-year-old rookie who could feasibly make his first NFL start. Young lacks the fluidity and change of direction required to keep Sweat at bay. Since inking a three-year extension earlier this season, Sweat has been a virtual non-entity on an undermanned defense starving for pass-rush production. Sunday presents an ideal spot to get back on track.

Wide receiver Deonte Harris handles kick and punt return duties for the Saints. The third-year pro has returned 18 kicks for 469 yards and has yielded 113 yards on eight punt return opportunity.

The Eagles are the only team to score 30-plus points while holding opponents to 13-or-fewer points three times this season. The Eagles are now the NFL’s third-ranked rushing offense (144.3 yards per game), averaging a league-high 208.7 rushing yards per game since Week 8.

Eagles DT Javon Hargrave: Hargrave hasn’t recorded a quarterback sack since Week 5, but the interior mauler will have an opportunity to outclass a young Saints interior comprised of left guard Calvin Throckmorton, center Erik McCoy, and right guard Cesar Ruiz. Hargrave, along with Fletcher Cox, must collapse the pocket and inhibit Siemian’s ability to step into throws and make Siemian hastily work through reads. Siemian has thrown for 706 yards and five touchdowns and has yet to throw a pick but also sports a dismal 59-percent career completion percentage, to go along with 24 interceptions. Mistakes will be inevitable if the Eagles get production from its high-priced interior tandem.

Saints WR Deonte Harris: Hailing from Division II’s Assumption College, the former undrafted wide receiver has developed into an electrifying, do-it-all contributor for the Saints. Harris, who boasts an eye-popping 17.0 yards per catch this season, also factors as a runner and in the return game. The diminutive weapon offers tremendous short-area quickness, change of direction and big-play upside, so I’d anticipate Sean Payton having plays devised to get Harris in space to challenge the Eagles’ discipline and tackling prowess.

The Eagles have yet to add to the win column in consecutive weeks and have somehow evaded securing a victory at the Linc in nearly a year, but they’ll host a depleted Saints team in front of a boisterous home crowd. I expect a galvanized Eagles team to get off to a fast start offensively, while the defense provides timely pressure on Trevor Siemian.