Let the speculation be put to rest: When Eagles running back Miles Sanders is ready to play, the third-year pro will be the team’s primary ball carrier.

Eagles head coach Nick Sirianni confirmed Wednesday that Sanders will return to being the team’s starter when he’s activated onto the 53-man roster, which could come by 4 p.m. Saturday if the Eagles plan to play Sanders against the Saints on Sunday at the Linc. As for Dallas Goedert, Sirianni said the team’s starting tight end remains in concussion protocol and wasn’t likely to practice Wednesday.

Sanders has missed the past three games from an ankle injury and was placed on Injured Reserve before the Week 7 game against the Lions. On Wednesday, the team activated Sanders into. the 21-day practice window, but Sirianni said Sanders has a chance to play against New Orleans. 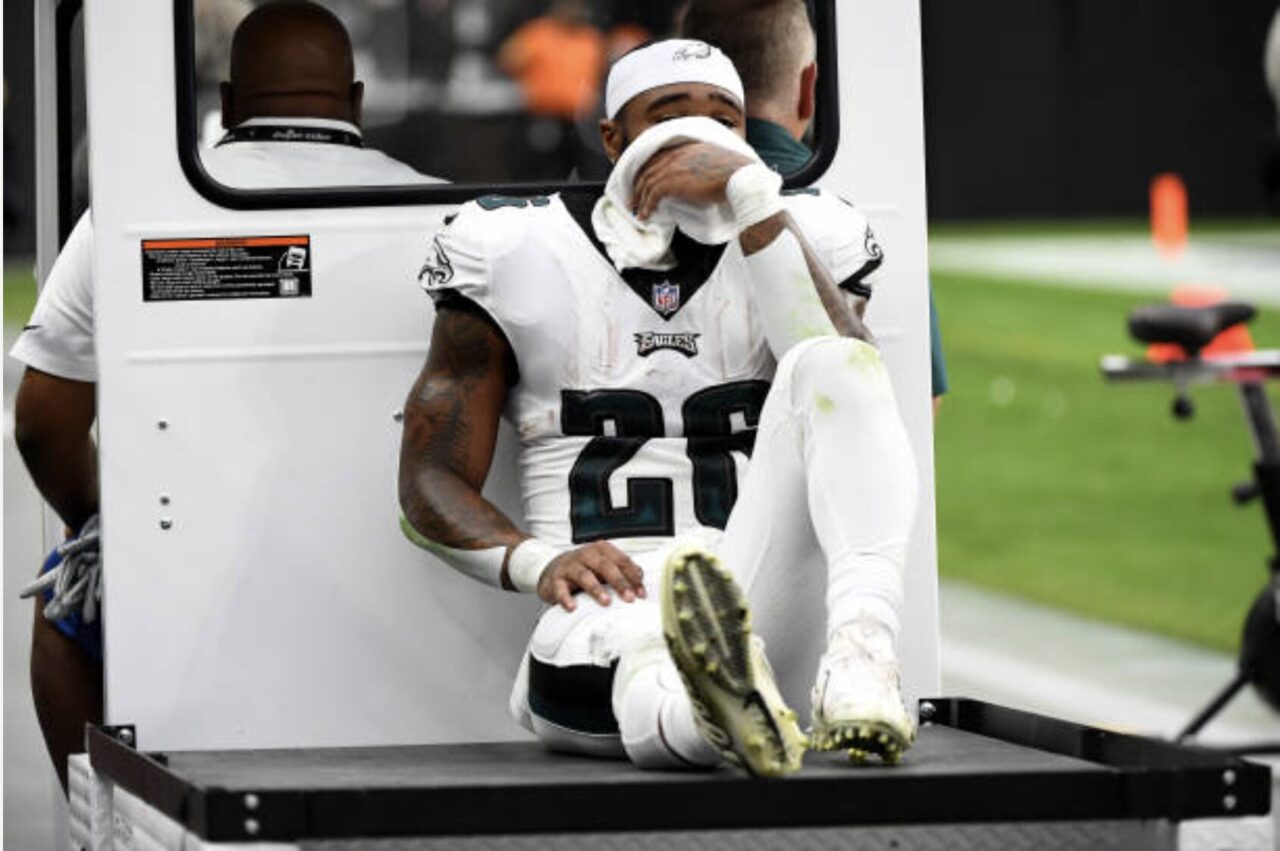 Getty Images: Miles Sanders was carted off the field Week 7 vs. the Raiders with an ankle injury

“If he’s healthy and able to go, Miles is our starter,” Sirianni said, although he added, “that doesn’t mean every situation” is the same regarding carries.

The second part of Sirianni’s comment seems to suggest the Eagles will still involve Jordan Howard and Boston Scott – or at least one – in the game plan, which shifted to a run-heavy strategy after the Eagles fell 33-22 to the Raiders in Week 6. Sanders had ran for 30 yards on six carries before exiting with an ankle injury.

After that loss, the Eagles shifted their offensive identity, leaning heavily on the ground game to stabilize their erratic offense. The Eagles lead the NFL in both carries and yards over the past three weeks, with 626 yards on 125 carries, averaging 5.01 yards per carry in that span. Howard, who wasn’t on the 53-man roster for the first seven weeks, is the NFL’s fifth-leading rusher over the past three weeks, while quarterback Jalen Hurts and Scott are 10th and 11th, respectively.

Sanders was averaging 4.76 yards per carry, 10th best among all NFL running back with at least 60 carries this season. Still, the success of the Howard-Scott rushing tandem combined with the team’s overall dominance in the run game, has led some to question Sanders’ role upon his return.