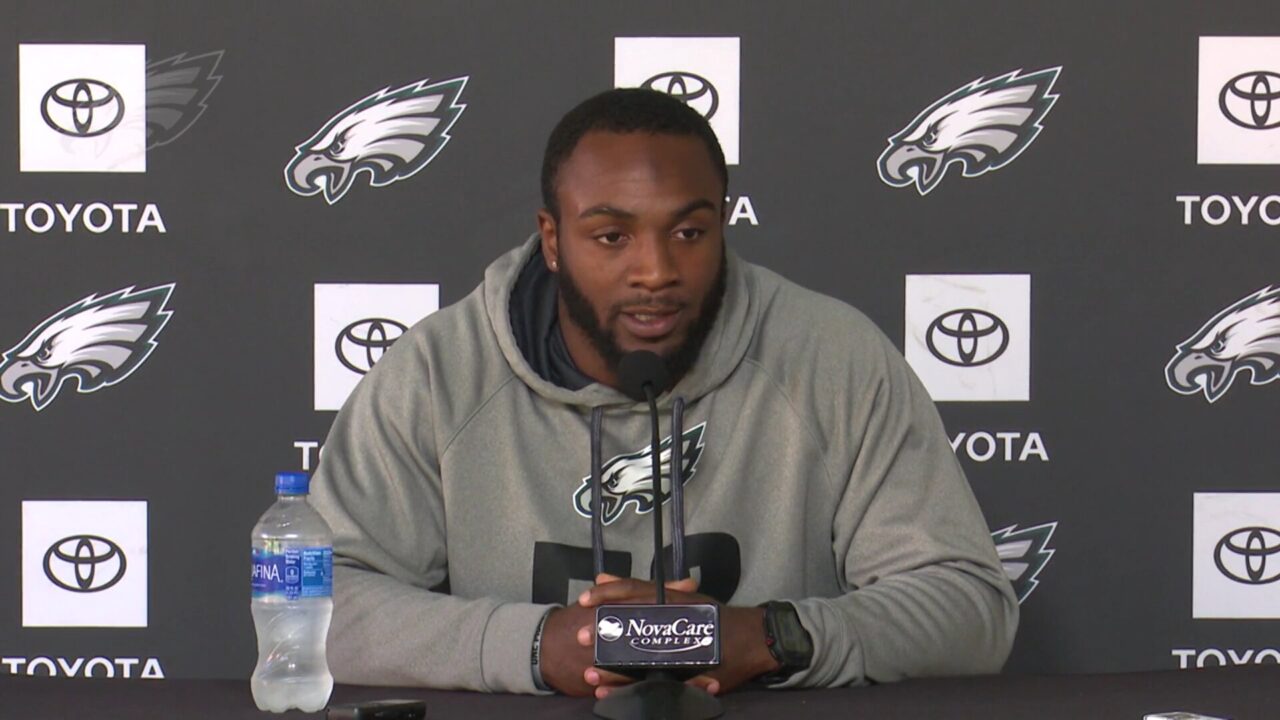 Despite accounting for just 32 snaps on an undermanned Eagles defense as a rookie, second-year linebacker Davion Taylor is beginning to factor into the equation.

Abbreviated resume and unfinished skill-set notwithstanding, Taylor was selected in the third-round of the 2020 NFL Draft for his blistering speed and coverage acumen, but Taylor has only gradually evolved into a prominent rotational component for first-year defensive coordinator Jonathan Gannon.

Before he could earn the trust of Gannon and etch out a role, Taylor had to overcome a lingering calf injury that shelved him for much of training camp, depriving the 23-year-old of crucial reps during the dog days of July and August.

The former third-round pick may have spent two of the first six games on the sidelines inactive, but Taylor has recently seen a significant uptick in usage in a frantic effort by Gannon to remedy an underwhelming second level. Over the past two weeks, Taylor has combined for 61 snaps and nine tackles.

While Taylor was inserted to invigorate a stagnant unit, his comfort level and confidence has become increasingly apparent. The early season surge in utilization is a direct correlation to Taylor’s preparation and willingness to hone in on details and fundamentals.

Whether he’s filing a mental note on the practice field or jotting down queries in a notebook during film review, Taylor said linebackers coach Nick Rallis has welcomed his questions.

“He’ll just ask me what I want to go over,” Taylor explained. “Like something specific from practice or something specific from the film. I’ll try to come in with questions, I’ll try to ask him to go over certain things. But if not – if I don’t have anything – we’ll just watch tape [and] go over the game film of our opponent. He’ll call out plays and I’ll just tell him where I’m supposed to be, and just get a whole bunch of mental reps and everything throughout that process.”

Growing pains are inevitable for inexperienced players, however, and last Thursday’s loss to the Tampa Bay Buccaneers served as a harsh reminder. Bucs quarterback Tom Brady, a seven-time Super Bowl champion, relentlessly peppered Taylor’s side of the field with short-to-intermediate routes and mercilessly pounced on his inexperience and aggressiveness, while running back Leonard Fournette bulldozed his way through the undersized linebacker on more than one occasion.

But the steep learning curve was to be expected for Taylor, who only played 23 career games at Colorado and didn’t play a typical box linebacker role there.

“He’s really young football-wise, not just age-wise,” fellow linebacker Alex Singleton said. “When you’re super-athletic like that at Colorado, they don’t care, they’re going to put you in the flat and tell you to go hit somebody, you don’t need to learn football all the time. But in the NFL you’re going to have guys that are that athletic but also they’ve been playing football since they were seven and have the knowledge of everything.”

Still, credit Gannon for curtailing the playing time of a largely ineffective Eric Wilson in favor of Taylor’s tenacity and upside. The trending snap share suggests that the former will be usurped by the latter in the pecking order at some point this season, but Gannon won’t be grading on a curve while the unseasoned Taylor learns on the job.

As Gannon continues to conjure ways to maximize his personnel and accentuate their strengths, Taylor could conceivably become the three-down defender that his defensive coordinator alluded to last week.

And Taylor intends on proving Gannon right through self-evaluation and continuous improvement.

“I got better with play recognition, but I feel like sometimes, I watch the film, I feel I’m still a step short,” Taylor acknowledged. “So probably, just watching more film if I have to and just make sure that I’m getting that play recognition right when it happens, so I can be one step faster and maybe even make better plays.”