The Eagles are slated to make two selections on opening night in Las Vegas for the first round of the 2022 NFL Draft.

On the latest “Inside The Birds” podcast, Geoff Mosher and Adam Caplan empty their notebooks on prospects, especially those expected of interest to the Eagles at 15th and 18th overall. 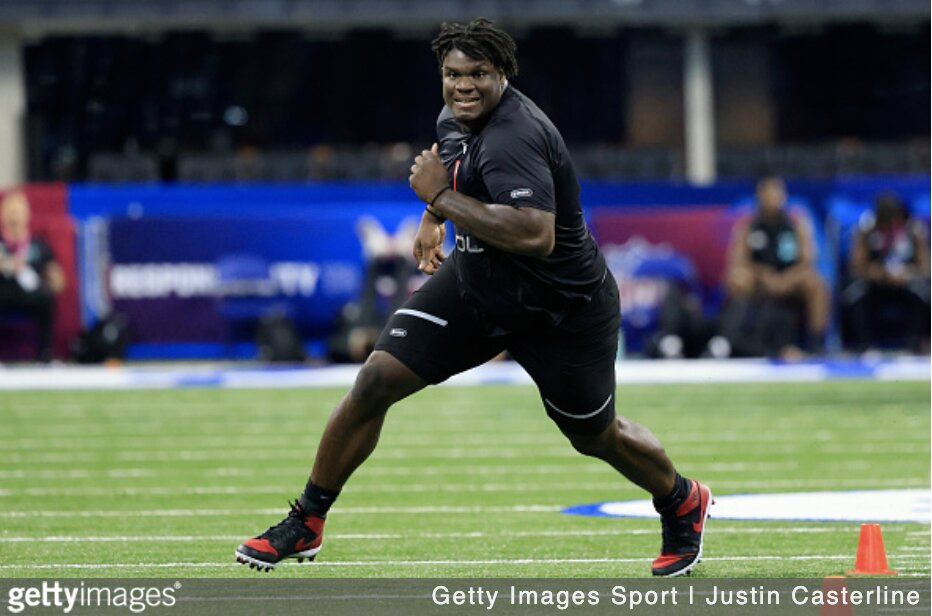 Adam Caplan: “There’s a lot of that in the first round with a lot of these players. Now, look, two or three years from now many of these payers we hear critical stuff about, they might become Pro Bowlers. That’s not the point. The point is, pre-draft, this is the way teams see them. We’ll see.”

Geoff Mosher; “I swear I heard this word more this year when describing some players and what they didn’t like than ever before – the word selfish. I heard that a lot, a ‘selfish kind of player.’ [Scouts] felt the prospect was more concerned about his image, brand or – if he’s on the field – it’s his stats.”

Mosher: “Most people I talked to said the way he impacts a defensive line you have to look at it like the way Vita Vea does for Tampa Bay. Vita Vea doesn’t average 12 sacks a year. Nobody will run against him and he will make the defensive line better just by his presence … because you just don’t find human beings that move the way he moves. Multiple people have insisted to me not to worry about the pass-rushing thing more than the weight [issue].”

Caplan: “You can’t teach size, man, and this is really good. Now, the weight is a real problem because of stamina. Someone that young should not be that weight. We checked into his background, he’s a really good kid. Are you willing to take that risk on a guy that you’re not sure [if he can control his weight]?”

Caplan: “We were given this name a couple weeks ago. I was like, ‘Ehhhh, he doesn’t have the arm length,’ but a very strong league source said, ‘Don’t forget, they’re the ones who drafted short-armed Milton Williams [in the third round],’ and that looked pretty good, doesn’t it? He’s really good. Another thing with them is they’re not super arm-length dependent. There are certain measureables they have to have, but every once in a while they fool me and take someone and I go, ‘Oh, wow, I didn’t think they’d take a kid with these measureables.'”

Mosher: “Most teams I spoke to said they really like Trent McDuffie. He checks off so many boxes. Literally, the only box he didn’t check off … was the arms [length]. He got the speed, he’s got decent size. He is, I was told, one of the cleanest prospects in the draft as far as character, tape, injury [history].  The short arms that are unideal for a corner is about the only issue you’ll have.”

Caplan: “We were able to talk to some receiver coaches this week. Two of the guys I spoke with pointed out the same thing and I had not heard this before. I know it’s out there and some people say [Jameson Williams] is like Tyreek Hill. This coach said that no one is Tyreek Hill, no one could do what he can do as a receiver – in-and-out, stop-start, go across the middle, vertically explosive. His lateral movement is unbelievable. But Jameson Williams, pre ACL and obviously this was before he tore his ACL this season and then he was at Ohio State before that, [is] the most explosive receiver on tape one of the coaches said since Tyreek Hill.”

Mosher: “He’s probably the biggest, most phsyical receiver in this draft. He beats guys with contested-catch [acumen], catch radius, with body shielding. As it was pointed out to me, the fact that he’s a big target, if you look at what the Eagles have, they have a lot of smaller targets. The eagles have fast, twitchy wide receivers. They don’t really have that big, physical X receiver. So it makes sense …. that this is an ideal complement to what they already have.”
Garrett Wilson

Geoff Mosher: “I know in our mock draft we had Garrett Wilson making it to the Eagles at No. 15 but that was one of those things that I second guessed immediately after.”

Adam Caplan: “It’s a mock draft so certain things happen and you go, ‘Man, he really needs to go in the top 10.’ In fact what I’ve heard is that Houston is all over him. So I’m not saying he’s going at No. 3, but his floor we were told to be No. 14 – and I just don’t see that happening. One of the receivers coaches told me as much, as he liked him because he’s so polished, he’s so good […] the body control is elite.”

Caplan: “There are two [offensive linemen] who are gonna go somewhere between 15 and 25ish. Kenyon Green from Texas A&M and Zion Johnson for Boston College. [Green] is a really good football player and he could play right tackle. Now, Kenyon Green visited the Eagles. It doesn’t mean they’re gonna draft him, but I was just told by a very good league source, ‘Don’t count Philly out for offensive line early.'”

Caplan: “I talked to some offensive line coaches. It is genuinely true – and these guys said it – most centers can play guard except if they aren’t big enough physically. I should have mentioned that when we talked about this in our mock draft. Now one of the guys said Linderbaum is not going to play guard at the next level, no chance, he said he’s too small. He said he is not strong enough. He said he’s really good at center but he’s just not built to play guard. He said it’s just not going to happen at our level.”