“They Never Touched Him”

Despite playing competitively against a likely playoff-bound Chargers team, the Eagles dropped to 0-4 at the Linc this season after their 27-24 loss Sunday to the Chargers.

On the latest Inside The Birds podcast, Geoff Mosher and Adam Caplan gave their takeaways and evaluated the breakdowns. 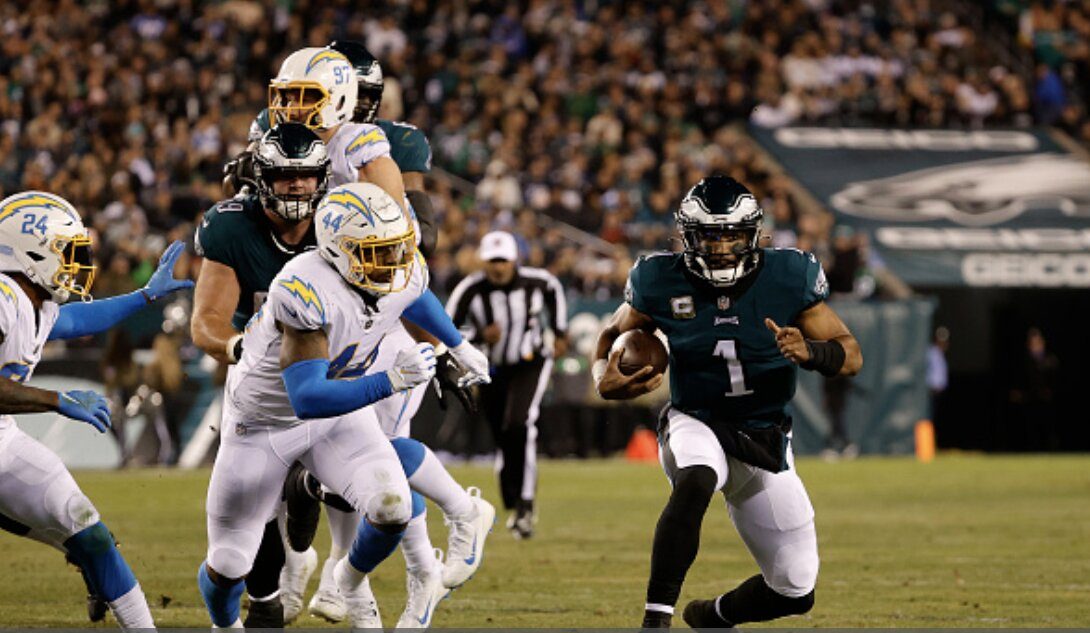 Adam Caplan: “They were terrible against [Justin] Herbert. They were competitive in that the score was competitive, they lost by three. Defensively, it’s almost hard to believe against these good passers, Herbert, they never touched him, they just couldn’t get to him. I know that [the Chargers] got him on quick drops, that’s fine, but overall [the Eagles] couldn’t get to him. Where was the pass rush? There’s no question that the pass rush is the problem again. Javon Hargrave, who we thought was our first-half MVP, for the most part he’s been really really good, but he was not existent in this game.”

Caplan: “In the first series Hurts was really off. I mean, really off. The scramble to [Dallas] Goedert, I’m pretty certain there was a pass over the middle and he bailed. This is what Jason Avant talked about in his tape study, that Hurts bails too much on plays when the initial read isn’t there and [Greg] Cosell backed it up. He missed the bomb to Goedert, we need more information on that one, but the ball should’ve been completed. Then what happened was, and it was very clear to me because Hurts was so off in his accuracy and this is coaching, this is smart — he took the ball out of [Hurts’] hands and said, ‘We’re gonna run the football.’ That’s called good coaching […] You always have the run game to turn to.”

Geoff Mosher: “So Jalen Hurts threw for 162 yards — 159 of those 162 went to Devonta Smith and Dallas Goedert. Is that a good thing, a bad thing or just fine, you make nothing of it?”

Mosher: “[Jonathan Gannon] is doing different things now than he did for the first four weeks. They’ve gotten better in certain areas, but they’re not good enough. So when I see someone try different things, and still get the same result for the most part, I think that he doesn’t have what he needs. I think we already knew he has a very substandard linebacker group, corners, safeties. It’s just not a good back end of the defense. What are you gonna do?”