ITB Recap: Which Birds D Shows Up Down Stretch?

The Eagles have emerged from the bye week ready to get the stretch run going with four divisional games to end the season as they attempt to secure a playoff berth.

On the latest Inside The Birds podcast, Geoff Mosher and Adam Caplan discuss the Eagles’ defense on all three levels and give their big-picture outlook on Jonathan Gannon and his play calling. 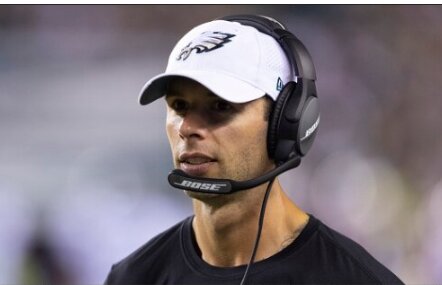 Will Eagles DC Jonathan Gannon be more aggressive down the stretch?

Adam Caplan: “I like that [Jonathan Gannon] is getting more creative with his scheme on the back end with the zones. Post-snap disguise, we were calling for it, we saw it in the offseason, we were told it would happen. We sure as hell didn’t see it earlier this season, where I threw my hands up like, ‘I don’t know anymore.’ Then he started doing it and you know what it is? He’s more comfortable, and that’s what I’ve learned about this guy. He’s way more comfortable calling it now, because he understands his players and what they can and cannot do.”

Geoff Mosher: “You look at the last four Eagles wins … they’ve come against Zach Wilson, Trevor Siemian, Teddy Bridgewater and Jared Goff. And if you look at even bigger – at all six [wins] – then you go Sam Darnold and Matt Ryan. Like the only one of those six guys that you have a modicum amount of real respect for in this league is probably Matt Ryan. Jared Goff is an easy target to laugh at, but he did make it to a Super Bowl and he did beat them last year and throw three touchdowns when he was the Rams’ quarterback, so he’s a decent quarterback, but that [Lions] team is so awful that it’s hard to really say, ‘Hey, you beat Jared Goff,’ there. They just have not performed well this year against any team that has a decent to better-than-decent quarterback.”

Mosher: “It would be great if the Eagles could find in the offseason, either in free agency or the draft, a really athletic linebacker like Davion Taylor. It’s gonna be hard to find one as athletic as Davion Taylor, because that’s the only reason the Eagles drafted him in the third round is because he had off-the-charts athleticism, but it would be great if they found a linebacker who was like 70 percent of what Taylor is as an athlete, but has played linebacker for quite a while and is experienced. Almost like a Nigel Bradham-type player, a good athlete, thumper and can run a little bit.”

Mosher: “I think we talked about it going into the year that there’s nothing special about them at safety. I think Marcus Epps has probably made the more standout kind of plays, the young kid. He’s come a long way since DK Metcalf burned him in that 2019 Wild Card game to pretty much end the game for Seattle there against the Eagles. He’s come a long way. He’s getting more time and he’ll probably start to see more time, even more over the last four weeks here.”

Caplan: “Yeah I want to get Epps’ athleticism on the field more. I want to see him more, he’s certainly shown up on tape, everybody knows this. He needs to be more of a factor and be able to get on the field a bit more.”