The ol’ bend-don’t-break philosophy is preached by many a great defensive coordinator, especially in this modern era of prolific pass offense.

The Eagles put that theory to test Sunday, introducing a porous run defense for much of the first half in the season opener but surviving by holding the Falcons to a pair of chip-shot field goals on Atlanta’s first two possessions.

Falcons first-year head coach Arthur Smith turned back the clock several decades with his play-calling, jogging out multiple tight ends, a fullback and sometimes a combo of each to get heavy up front and ram the ball down the midsection of coordinator Jonathan Gannon’s defense.

For a while, the plan worked better than even Smith could’ve imagined. With some new-wave motion and misdirection sprinkled in, his average-at-best running back tandem of Mike Davis and Cordarelle Patterson took turns running circles around – and through – the Eagles’ defense, conjuring images of the old Oklahoma State backfield featuring Barry Sanders and Thurman Thomas. (Look it up, kids.)

Perhaps Smith’s throwback attack would have succeed beyond the first half, too, and things could’ve turned out differently if not for the reckless cocktail of false starts, holdings and other infractions that routinely put Falcons quarterback Matt Ryan in the crosshairs of an Eagles defensive front frothing at the mouth to victimize the 36-year-old former MVP.

Gannon, for his part, also made some minor tweaks to stop the hemorrhaging, as the Falcons churned out 102 ground yards on their first 18 carries. Atlanta mustered just 14 rushing yards after the break.

All of which brings us to the football version of an existentialist question facing the Eagles as they head into Week 2 preparing for San Fransisco’s more-talented, ultra-sophisticated rushing attack architected by mastermind head coach Kyle Shanahan: Did the Eagles truly stop the run as the game progressed, or was it the Falcons that actually stopped it for them?

Also, what’s it mean for Sunday’s home opener against the 49ers, who rolled up 131 yards on 28 carries (4.7 yards per carry) against the Lions in a season-opening win despite losing their starting running back early in the game.

First, let’s examine the theory that the Eagles were perfectly content to surrender those chunk rushing yards because they were stout in the red zone, where it most mattered.

Sure, the Eagles made consecutive red-zone stops, which essentially turned the game in their favor from the start. But a menu of curious play calls and self-inflicted wounds by the Falcons can’t be ignored.

The Falcons ran five times for 20 yards on their opening drive and caught the Eagles off guard a few times with some play-action passes to Calvin Ridley, working the ball seamlessly to the Philadelphia 3-yard line on 12 plays.

What happened next has probably kept Smith awake for the past 28 hours.

For some inexplicable reason, the former Titans play caller who presided over Derrick Henry’s ascent into an elite running back, called consecutive passes, neither of which Ryan completed. Good red zone defense? Sure. But two passes from the 2-yard line reeked of Pete Carroll botching Super Bowl XLIX against New England by keeping the ball out of Marshawn Lynch’s hands.

The Eagles capped their impressive opening drive with a touchdown from Jalen Hurts to Devonta smith for the 7-3 lead, but the Falcons were undeterred, once again steamrolling through the Eagles’ defense like a bowling ball through a reset deck of pins.

Patterson, a failed first-round pick wide receiver who resurrected his career as a kick returner, ripped off runs of 11 and 14 yards as the Falcons marched back inside the Philadelphia 10. Mike Davis then picked up 12 yards – the Falcons’ fourth run of double-digits on that drive alone – as Atlanta faced 1st-and-goal at the 2.

Then came another sequence of events that raise the honest question about whether the Eagles deserve credit or the Flacons just deserve blame.

An illegal formation penalty followed by a false start backed the Falcons 10 yards further from the end zone, setting up 1st-and-12. They went from six feet from pay dirt to a longer distance than your average first down, once again putting Ryan behind the sticks and teeing up the Eagles for a pass rush. Atlanta settled for another field goal after two errant Ryan passes.

No doubt the Eagles represented well in third-down and red-zone defense, but you have to wonder if the Falcons didn’t give away the answers to the test. If you’re counting, that made twice on two drives they came within a few feet of the end zone but either didn’t run the ball or were forced backward by their own ineptitude.

The Falcons, down 7-6, didn’t even give themselves an opportunity keep pounding away as a false start on the opening play of their third possession set up 1st-and-20. Another false start three snaps later, by rookie Jalen Mayfield,  set up 3rd-and-9, which of course they converted via an 11-yard Patterson run – at the time, an embarrassing third-down mishap for the Eagles.

But another Falcons penalty – their third in eight snaps – set up an impossible 3rd-and-21 that led to another punt. The Eagles went up 15-6 just before the break on a Hurts touchdown to Dallas Goedert, one of the sweetest throws of the young quarterback’ short time as starter, and the swelling lead was starting to cause consternation for Smith’s run-heavy blueprint.

Clinging for dear life in the third, the Falcons absolutely tripped all over themselves on their second possession, which is where the game was ultimately won for the Eagles. Two offensive pass interferences and a botched snap put the Atlanta behind the sticks and forced a three-and-out punt back to the Eagles, who countered with a touchdown drive that inflated the score to 22-6 and all but vaporized Atlanta’s chance to compete with the run offense.

On Tuesday, Gannon attributed the early run defense breakdowns less to Atlanta’s comedy of unforced errors and more to his group’s sloppiness in technique.

“I think guys settled in a little bit better and started trusting their keys,” he said. “We talk about alignment, assignment, key, technique. If you don’t have those – if one of those four things is wrong – it’s hard to play good team defense.”

What Gannon didn’t reveal were some small but significant tweaks, including a personnel swap that might gave forecasted his intentions for Sunday’s matchup against the 49ers.

At the start, Gannon’s response for the Falcons’ big personnel groupings (multiple tight ends, fullback) was inserting downhill linebacker T.J. Edwards alongside Eric Wilson in place of rangier linebacker Alex Singleton. But Wilson, an undersized pro more suited for coverage, struggled at critical times to either get off blocks, get into gaps or make the clean tackle. More than once he came up empty while diving at a ball carrier’s ankles, leading to extra yards for the Falcons.

By the end of the second quarter, Gannon had made another swap, removing Wilson in favor of second-year pro Shaun Bradley in specific run-defense situations. Bradley, a former Temple standout, isn’t known as a tremendous athlete. His job is more centered on special teams, but Bradley is a smart, intuitive player who compensates for lack of speed and athleticism with solid technique, fundamentals and football IQ.

That Gannon felt comfortable subbing Bradley in for Wilson, who supposed to be the team’s three-down linebacker, is a positive for Bradley but not necessarily for Sunday’s matchup against the 49ers, who’ll have no problem checking out of specific runs to crate mismatches in the pass game or just throw the kitchen sink of play-action against an Eagles front that might not have the right set of linebackers on the field for the offensive situation. It didn’t help that backup defensive tackle Hassan Ridgeway, a key rotational lineman, also had his struggles in run defense.

Whereas the Falcons were hell bent on establishing the run to disguise their pass-protection issues, the 49ers will be happy to mix their schemes and play calls based on the defensive alignment. Almost 50 percent of San Francisco’s pass offense on Sunday against the Lions came off play-action.

“There’s no call that we’re going to call that’s, like, the perfect magic call versus Kyle Shanahan,” Gannon admitted. “It’s our guys executing at a high level, destroying blocks, tackling, covering. That’s what the game comes down to.”

By Sunday evening, we should have a better idea if the Eagles’ defense will be of the bend-don’t-break variety, or if their run defense is just broken. 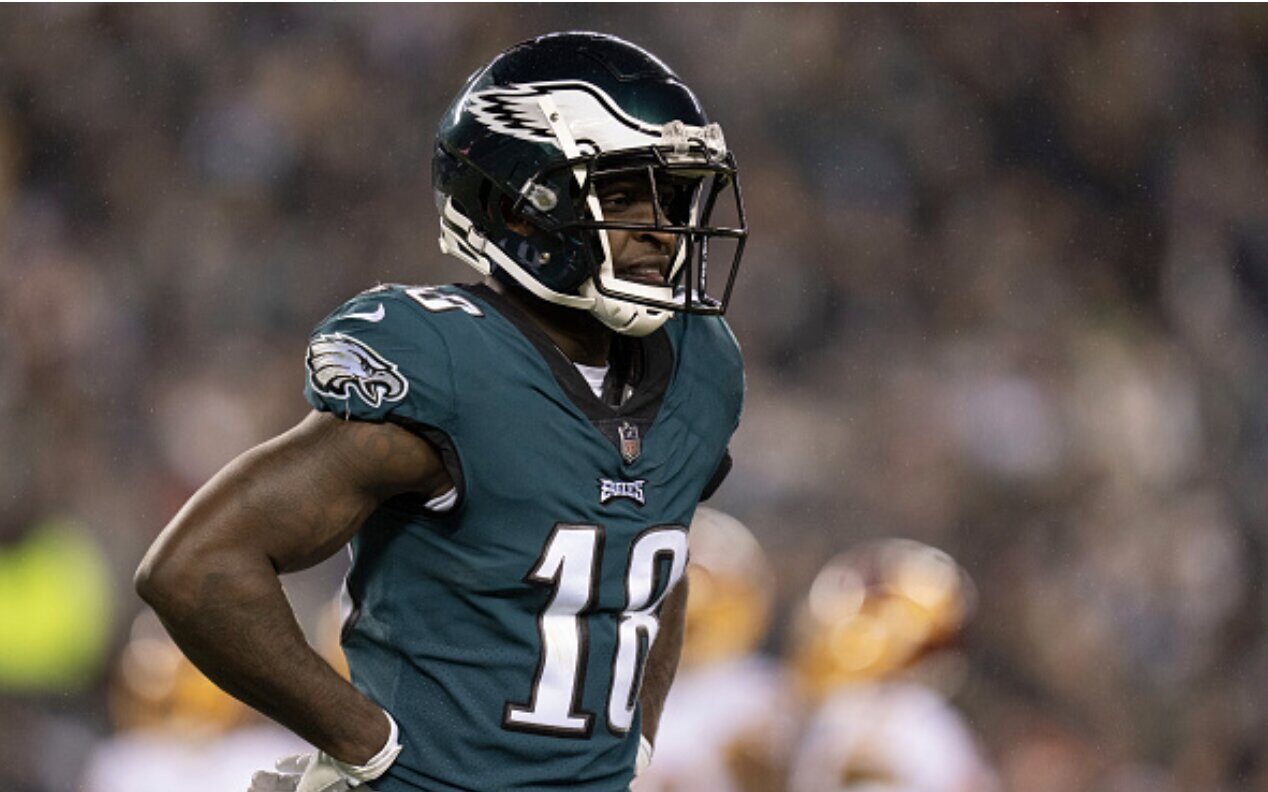 The Eagles tried to trade for Calvin Ridley and were apparently very close, but that deal fell through. The Eagles tried to sign free-agent Allen Robinson, but came up short. They had interest in Christian Kirk, but who in their right mind would go toe-to-toe with Jaguars general manager Trent Baalke on the overspend of… 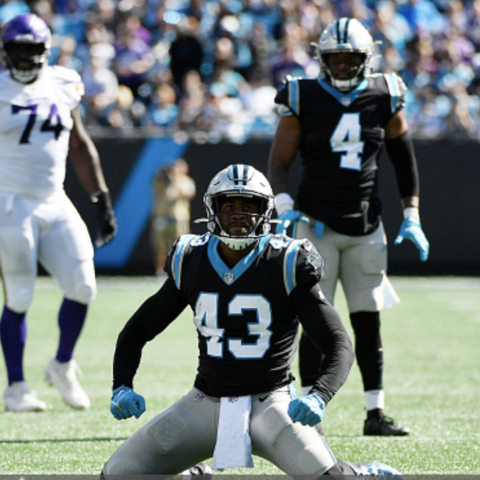 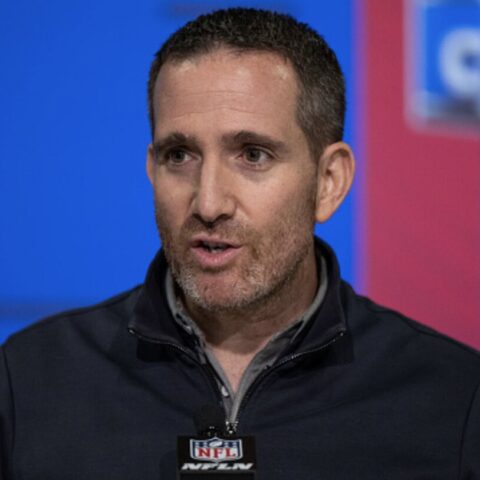