ITB: Birds Getting "The Heisman" From Watson?

The NFL’s new league year begins at 4 p.m. on March 16, but the talks and legal tampering period start noon Monday.

On the latest Inside The Birds Podcast, Geoff Mosher and Adam Caplan go over the latest news surrounding free agency. 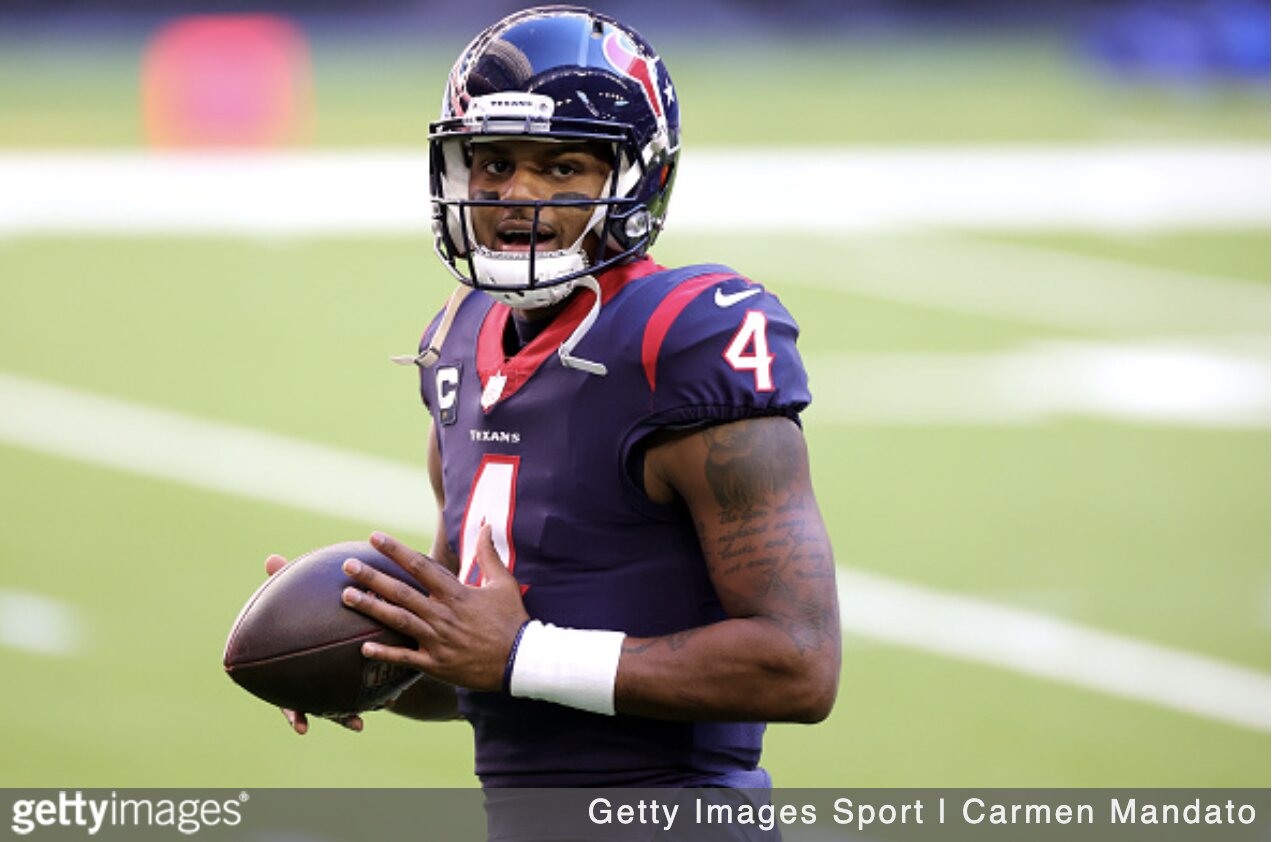 Adam Caplan: “Kudos to Jeffrey Lurie and Howie Roseman for doing this and [Jason] Kelce’s agent –  Jason Bernstein – for having a good working relationship, because it’s not easy to give a guy a contract like this. I know he’s one of the best players in Eagles history and everybody in Philly loves him. But $14 million is a lot for a 34-year-old center, but … how could you give him less? The guy was elite, he was the best center in football at 34.”

Geoff Mosher: “He was the only Eagles offensive lineman to play all 17 games at his spot. Everybody else missed time. [Jordan] Mailata had a knee, [Issac] Seumalo had the season-ending injury. Brandon Brooks had a season-ending injury and Lane Johnson missed three games when he was dealing with anxiety and depression. So Jason Kelce was the rock of the offensive line and – as you mentioned – best player, team ambassador. I think for people who are younger than us, I think he’s [reached] Brian Dawkins status. I mean, he’s won a Super Bowl and he has been the most popular, the heartbeat, the heart and soul, the liaison to the fan base… I mean, he has all of those qualities.”

Caplan: “We know for a fact people called [about Fletcher Cox], we know that they have had conversations. If you’re ever going to do it this is the year to do it because you never want to wait until it’s too late to move a player. I know he’s not the same player, but you know what though, if you put them in a scheme where it takes advantage of him being a one-gap penetrator, let him get up field. The 4i, the way that they used him, I remember when we first heard about this and we were explained by a very good personal source what it looks like on tape – it just doesn’t fit him. I know there was some adjustments made to make him happy, he and [Jonathan] Gannon got together. Then it was good of Gannon to give Josh Sweat a better chance to rush the passer, played some wide nine in the second half of the season. But Cox is getting up there, he turns 32 in December. How many years does this guy have left in him to be a good player? Maybe two?”

Caplan: “[Deshaun] Watson from what we understand as of Monday morning, unless he changes his mind, is not interested in the Eagles. For whatever reason, I don’t know why he wouldn’t be because if you look at this line, arguably the best in football, this team made the playoffs. Great ownership, very good front office, good coaching staff. A head coach that did one of the all time jobs of looking at one way to use a quarterback, see it’s not working and saying, ‘I’m going to swallow my pride and we’re going to try this,’ — and it worked. With [Nick] Sirianni’s energy and passion for the job, I don’t know why he wouldn’t. But again, what we were told is he is not interested in going there. He’s got a small list.”

Mosher: “Genard Avery is an unrestricted free agent. It’s my understanding that although they are out there looking for names that we’ve talked about … at strong-side linebacker. Someone who is more three down, probably a better overall player and pass rusher. It’s my understanding that they’re not averse to bringing him back at all. It’s not like they were disappointed with him. He played the role that they asked him to play on first and second down and did it fairly well. They gave him a responsibility, he did it, so if they are not able to land a bigger fish, they’ve got him and Patrick Johnson, the kid they drafted last year, who they will continue to develop while they have Genard Avery back if that’s where they want to go.”